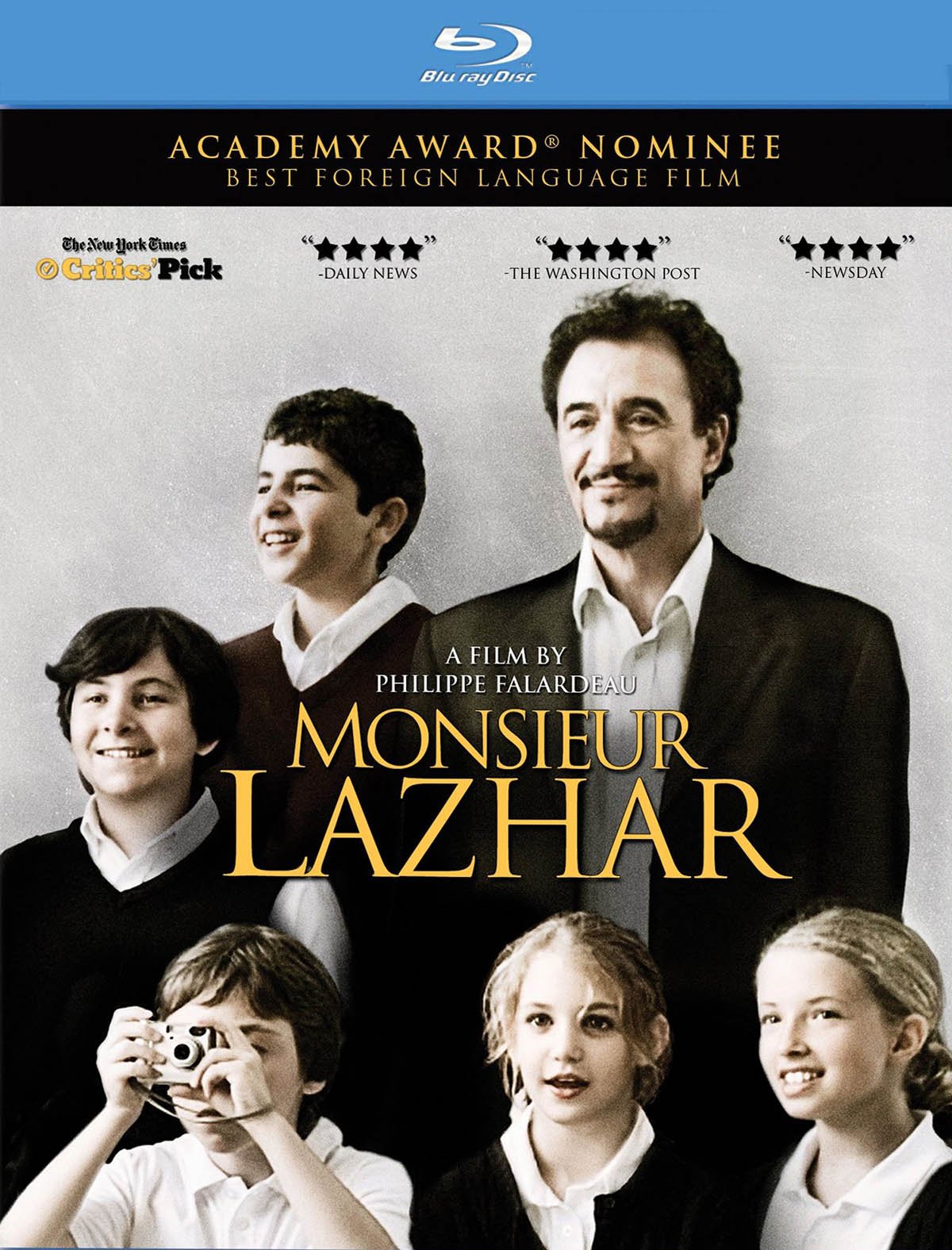 The opening few minutes dash any expectations that Monsieur Lazhar might be another cozy film with an inspirational teacher who makes a difference in his or her troubled students’ lives. While running in from recess to grab cartons of milk for his classmates, a young boy, Simon (Émilien Néron), passes by his classroom to discover that his teacher, Martine, has hung herself. Simon flags another teacher down, who in turn diverts the other children from entering the room, but a young girl, Alice (Sophie Nélisse), slips by and glimpses Martine. That image of death, at once peaceful and crushingly hopeless, will understandably haunt Simon and Alice and, indirectly, their other classmates for the remainder of the film.

It haunts us as well. Writer-director Phillip Falardeau maintains an element of suspense throughout that’s almost unbearably intangible. Monsieur Lazhar soon settles into a more traditional narrative that follows an outsider as he tries to help the children, but there are a number of subtly off touches that prevent us from ever feeling entirely secure with where the film is headed. An outsider by the name of Bachir Lazhar (Mohamed Fellag) appeals to the school to replace Martine, and though his credentials are a little sketchy, he gets the job because no one else wishes to willingly step onto such a potentially disastrous emotional landmine. Soon, we learn that Lazhar is similarly damaged and has his own reasons for taking the assignment that are more personal than he’s willing to concede. The extent of Lazhar’s damage, and the possibility that he’s an unstable fraud who could be doing these children more harm than good, are a few of the ambiguities that drive this film’s unusual tension.

At times, Monsieur Lazhar is reminiscent of The Class, as both strikingly refuse to sentimentalize the business of trying to teach children who’ve come, understandably, to distrust institutions of all kinds; both films see teaching as a more benign version of a hostage negotiation. Lazhar, an Algerian immigrant with dated knowledge of the Canadian standards of education, must contend with Martine’s ghost and his own image as a foreigner in addition to the difficulties inherent to the job under the best of conditions. Lazhar’s response to his unusual task is to wisely court the children’s respect, not their affections, which will hopefully follow suit later.

Falardeau and his excellent cast approach the subject matter in a similar fashion. Monsieur Lazhar is ultimately about the impossibly bureaucratic aim of compartmentalizing differing portions of the human experience in an effort to prevent them from chaotically influencing one another, and Falardeau doesn’t provide a convenient resolution to his characters’ heartbreak, rage, and narcissism. Most of the characters are prickly and difficult, yet clearly under the sway of considerable pain that remains, with the exception of a startling catharsis late in the film, almost entirely unspoken of. Monsieur Lazhar, a disciplined and affecting film, understands a basic truth of grief: that it doesn’t come and go at our convenience, and there’s nothing that anyone can do about it, try though they may.

Ronald Plant’s cinematography alternates between chilly whites and blues and warmer browns and reds, which formally elaborates on the characters’ efforts to find solace and reestablish trust in the aftermath of a tragedy. This transfer boasts an impressively crisp image, which is particularly evident in the whites that dominate the wintry exterior shots. This isn’t the sort of film that gives the speakers at home a workout, but the 5.1 track nicely balances the ambient sounds of middle school life with Martin Léon’s lovely understated score.

In “From Stage to Screen,” writer-director Philippe Falardeau discusses his methods of adapting Évelyne de la Chenelière’s play for the screen with the playwright. Chenelière admits that she was nervous about Falardeau’s decision to open up her one-man show to include the children as on-screen characters, as she thought that children’s “natural beauty” lent itself to sentimentality, an understandable concern that Falardeau side-stepped with shrewd casting and deceptively straightforward mise-en-scène. The filmmaker and playwright also tour the school that served as the film’s setting and discuss a number of Falardeau’s shots, some of which were carefully designed to reveal the geography of the school while maintaining an illusion of off-the-cuff spontaneity. At just 30 minutes, “From Stage to Screen,” which also includes footage of an original performance of the play, is a compact and informative featurette that provides one with an impressively comprehensive understanding of the film’s conception. “Big Talk with Philippe Falardeau,” a Q&A with the filmmaker before a screening, is less informative but entertaining nonetheless. The “Alice and Simon Audition Tapes” feature allows viewers to contrast a portion of Émilien Néron and Sophie Nélisse’s audition tapes with footage from the finished film. (The actors are remarkable, in both the auditions and the final film.) Rounding out the package are the full texts from oral presentations that play a pivotal role in the narrative, as well the theatrical trailer. “From Stage to Screen” is the only really substantive extra, but this is a generally charming package.

Monsieur Lazhar is the rare film that respects the complexities and contradictions of grief.