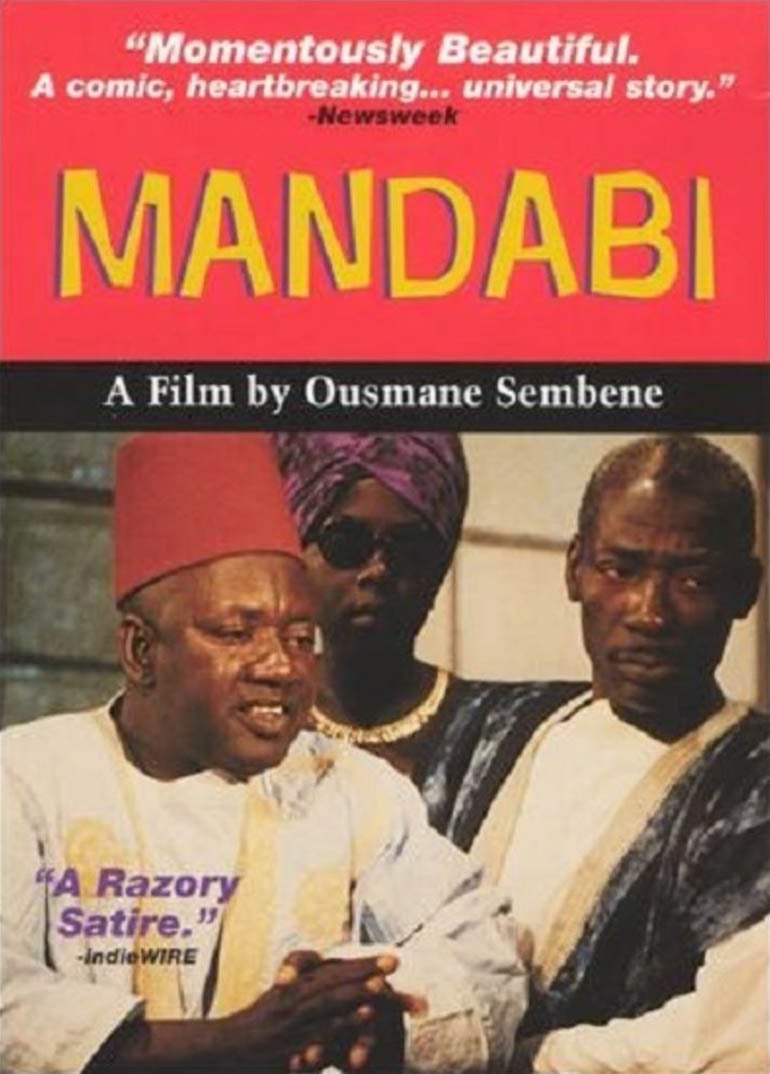 In an insightful piece for the North Carolina-based Independent Weekly, movie critic Godfrey Cheshire took issue with the praise garnered by Ousmane Sembène’s Moolaadé, suggesting that certain of its political stances (the film concerns an African tribe’s tradition of vaginal circumcision) were heavily influenced by its French financial backing. It’s an interesting line of critical inquiry, one that, as a relative newcomer to Sembène’s cinema, I could at first neither confirm nor deny. Yet upon viewing Sembène’s 1968 film Mandabi, I could indeed detect something of a pattern to this problematic form of finance-prejudiced auteurism. Unlike Moolaadé, I don’t think Mandabi succumbs to its probable methods of creation until the very end when lead character Ibrahim Dieng (Makuredia Guey) too-emphatically repeats the film’s moral (I prefer my politics weaved into cinema’s tapestry rather than screamed beyond its borders.) Rather, Mandabi appears for much of its running time to satirically address the very thing that Cheshire is critiquing in Sembène’s more recent work. The film concerns a money order sent to Ibrahim by his Paris-based streetcleaner nephew (Mouss Diouf) and the corrupt bureaucracy that prevents him from cashing it. It’s a humorous journey at first—one that sees Ibrahim tossed from government office to government office while his wives (Yunus Ndlay and Isseau Niang) purchase food and clothing on credit in anticipation of a payday to never come—that quickly spirals out of control into a seemingly irresoluble hopelessness, though through it all Sembène maintains a steady, humanist touch. He’s clearly at his best when trusting in cinema’s powers of observation, which makes the last minute switch into reductive political declaration all the more jarring.

New Yorker Video’s DVD of Mandabi leaves much to be desired. Framed at an apparent 1.66:1 aspect ratio, the transfer is marred by numerous print flaws and an overall darkness that seems at odds with Sembène’s intent. The sound is a mess of hisses and cracks.

Mandabi is the root of all evil.