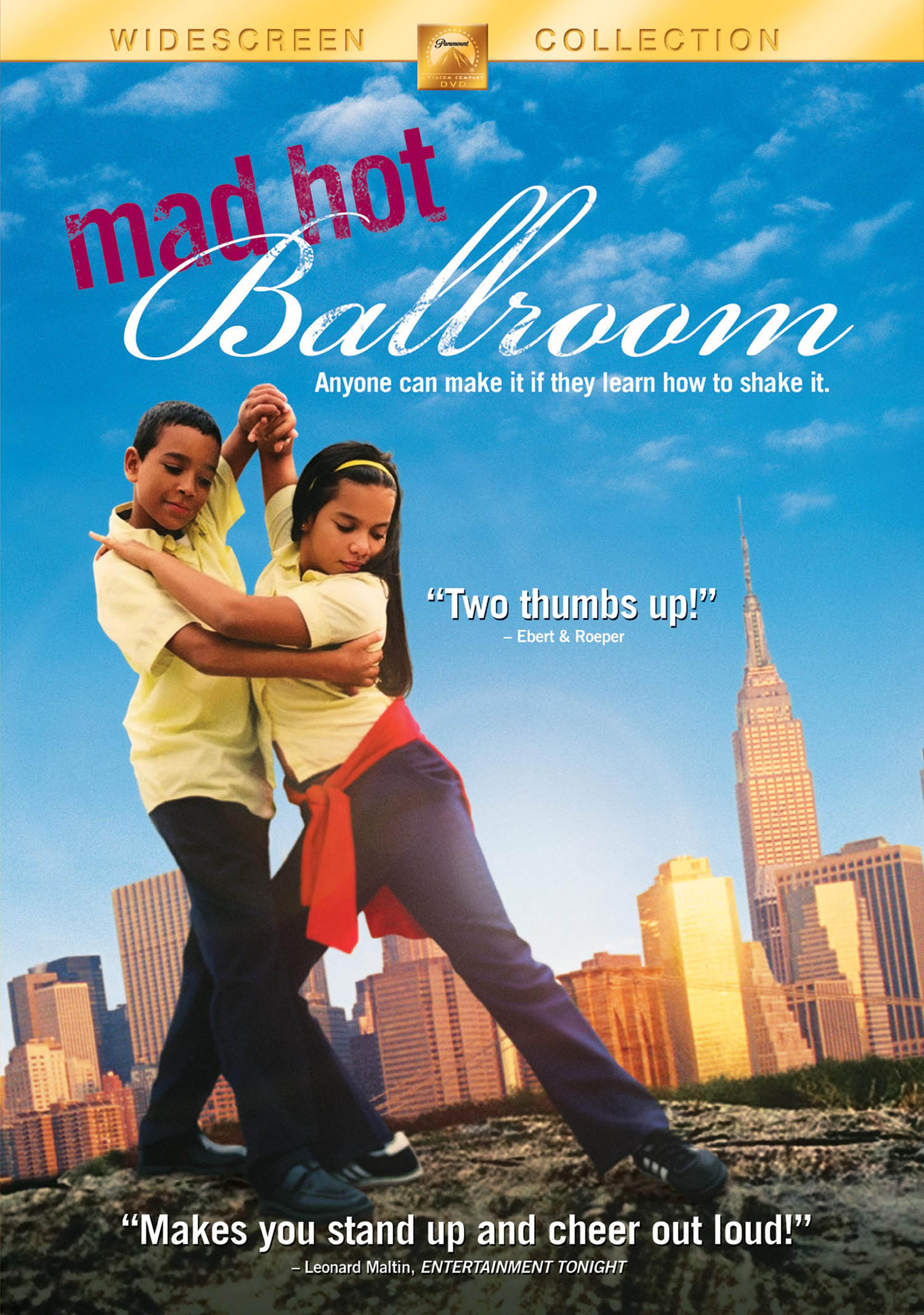 Something Jeff Blitz seemed unwilling to seriously assess throughout Spellbound is how brainpower facilitates an unhealthy form of social and personal cocooning. Thanks to pressure from their parents, the film’s subjects came to look at a spelling bee victory as an unfair measure of self-worth, and if an Indian kid’s inability to spell Darjeeling or a Mexican girl’s sheepishness around her Spanish-speaking family were any indication, language and education in this country often create rifts between non-white children and their cultural traditions. If Blitz avoids any indictments it’s because he risks losing preciously cute interview time with his subjects. Bound to earn endless comparisons to Blitz’s crowd-pleasing doc, Mad Hot Ballroom actually feels as if it were intended by director Marilyn Agrelo as a point-by-point rebuttal. Side by side, the films not only represent conflicting approaches to documentary filmmaking but they also illuminate our melting pot’s radically different cultural priorities. If Agrelo doesn’t get particularly close to the parents of her subjects—all children from New York City public schools gearing up for an annual ballroom competition—that’s because the wonderful teachers who coach these children on how to dance the merenque, rumba, tango, swing, and fox trot all represent parental figures sorely lacking in many of these children’s lives; in the end, the film is as much about the buildup to the competition as it is about the life-altering teacher-student relationship. Rather than cram to learn the definitions of words for hours on end, Agrelo’s subjects learn numerous dances from all over the world, in effect exposing themselves to new traditions and, in some cases, reconnecting with the cultures many left behind. It’d be stupid to say that winning isn’t important for any of these children, but their role models are very careful to drill the point home that winning isn’t everything; it’s a point both Agrelo and these teachers convey with a remarkably sweet level of affection. Intercutting between the countless rehearsals leading to the final dance-off and taking-heads footage of these little men and women expressing their alternately amusing and heartrending fears and opinions of their extracurricular gender-based sport and the intimidating world around them, the filmmakers evoke children empowering themselves by coming together, not standing apart from the crowd as so much of Spellbound seems to unintentionally extol.

Mad Hot Ballroom’s unique look-images appear as if they’re simultaneously washed-out and over-saturated-translates well to video. No dirt or specks on display and no instances of edge enhancement, color bleeding, or chroma noise. Sound is serviceable and could have probably benefited from a 5.1 surround track.

Trailers for upcoming Paramount product including No Direction Home, The SpongeBob SquarePants Movie, Lemony Snicket’s A Series of Unfortunate Events, and a DVD set devoted to 20 years of The Oprah Winfrey Show.

It can’t be said enough: less exploitative and infinitely more fun than Spellbound.