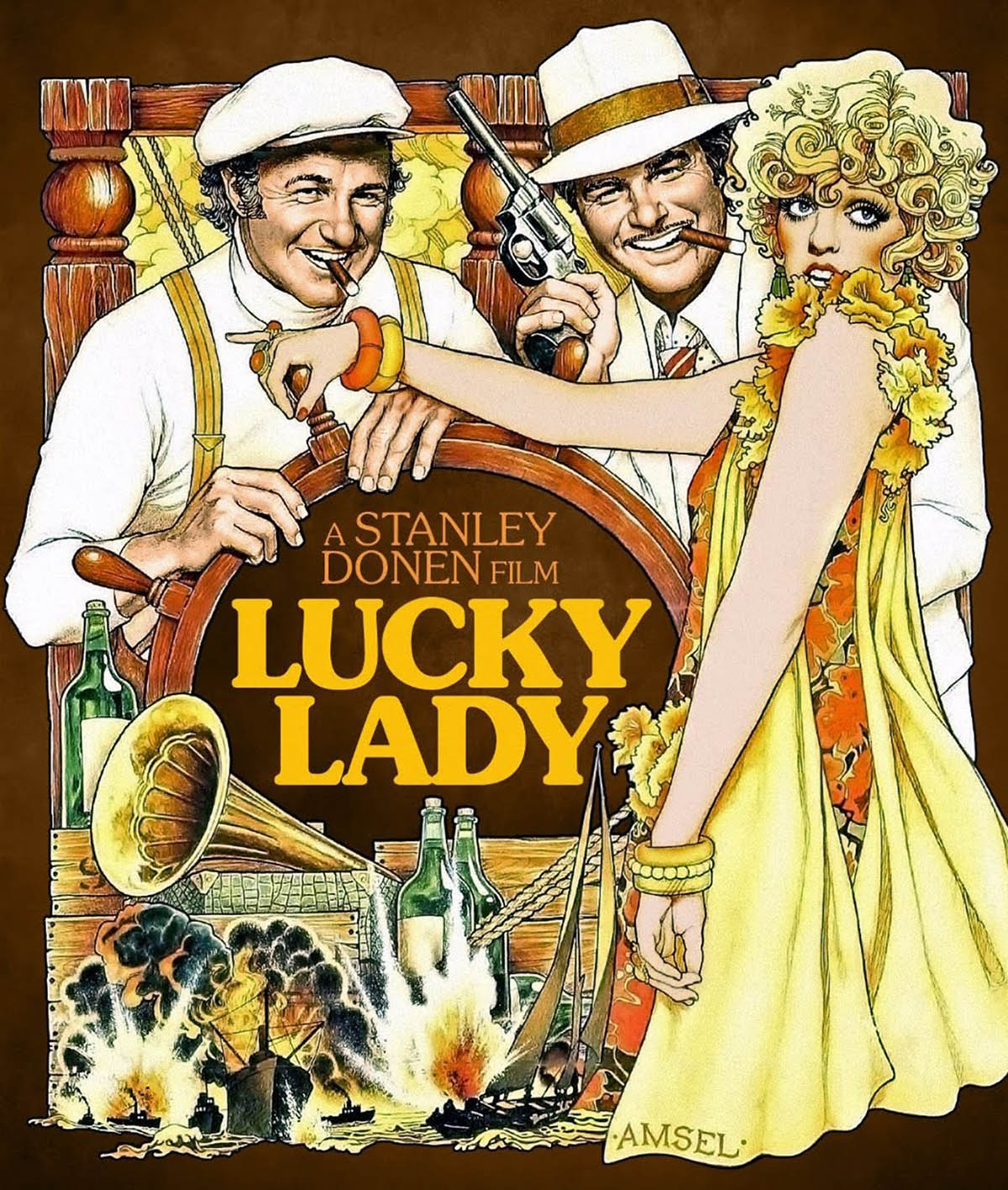 There are two short, promotional documentaries about Lucky Lady included in this DVD release of the film, and though they’re both boilerplate everyone-involved-is-a-genius interview fluff, they give a pretty clear idea of why this massively hyped film lost millions in 1975. I watched them after finishing, and enjoying, Lucky Lady itself, and learned that the movie took a full year and over $10 million to produce, back when that was a long time and a lot of money. This surprised me, because I enjoyed the film precisely because it was unpretentious, charmingly superficial, even relatively intimate for a swashbuckling period piece. It’s not hard to see how such a movie would seem preposterous after months of hype and mounting production bills, but maybe people will appreciate The Tourist’s small charms in 36 years more than we can now.

Lucky Lady stands well within the ranks of director Stanley Donen’s underrated post-musical career, even if it lacks the maturity and insight of his twin 1967 masterpieces Two for the Road and Bedazzled. Still, as in those movies, Donen is blessed with a great cast, all of who were working at the height of their popularity. Burt Reynolds and Liza Minnelli have an improbably great chemistry as two down-on-their-luck crooks eeking out a living in prohibition-era Mexico. She’s a nightclub singer who’s lost her husband and he’s an unsuccessful border-runner, so they team up with a desperate, experienced loner (Gene Hackman) who agrees to help them smuggle booze into California by boat. The setup is ludicrous, and as with so many failed high-concept star vehicles, serves only to get the leads onto the screen together and into a requisite conflict. The script, written by Willard Huyck and Gloria Katz (after American Graffiti but before Indiana Jones and the Temple of Doom, as well as Howard the Duck), has some nice-sounding period detail but absolutely no character development to speak of. The cinematography is likewise fun to look at (particularly since about 40% of the film takes place at sea), but not particularly artful or memorable.

So we’re left with a movie that lives and dies on charisma, and since I’d probably consent to watch a movie where Minnelli and Hackman eat oatmeal for 90 minutes, Lucky Lady was certainly charismatic enough for me. Donen has a wonderful sense of pacing (this film last two hours, at least 30 minutes longer than necessary, and yet glides along without a hitch for the duration), and the first half’s multiple maritime gunfights are thrilling.

But let’s be clear: This is an almost insultingly superficial film, one that makes Donen’s earlier Charade seem relatively Shakespearean. The period setting is purely a means to indulge a large costume budget, the eventual three-way romance between the leads is established and then never plumbed or built upon, and the ending concludes nothing. (Fittingly, 20th Century Fox chose the least consequential climax of the three that Donen shot.)

Lucky Lady was an obscenely expensive piece of candy, and its makers paid dearly; when it inevitably bombed, Reynolds and Minnelli’s careers never recovered, and Donen never got another budget quite so huge. There’s something just about its failure, given its bloated production and inconsequential results. But years later, when such a movie crawls onto DVD a decade after the format’s invention, it looks more modest. And on those terms—as a footnote to at least four storied careers, and maybe as an example of popcorn-movie hubris—it’s certainly worth two hours of your time.

The oddest thing about Lucky Lady’s infamous production is that it actually looks quite cheap. The Mexico scenes feel like makeshift backlot sets, and too often the outdoors shots seem to be Vaseline-coated. But the transfer here is perfectly good, as is the sound.

Context is everything: With its mythic production long in the past, Lucky Lady now stands as a highly enjoyable, underappreciated adventure film. Approach with reasonable expectations, and enjoy.