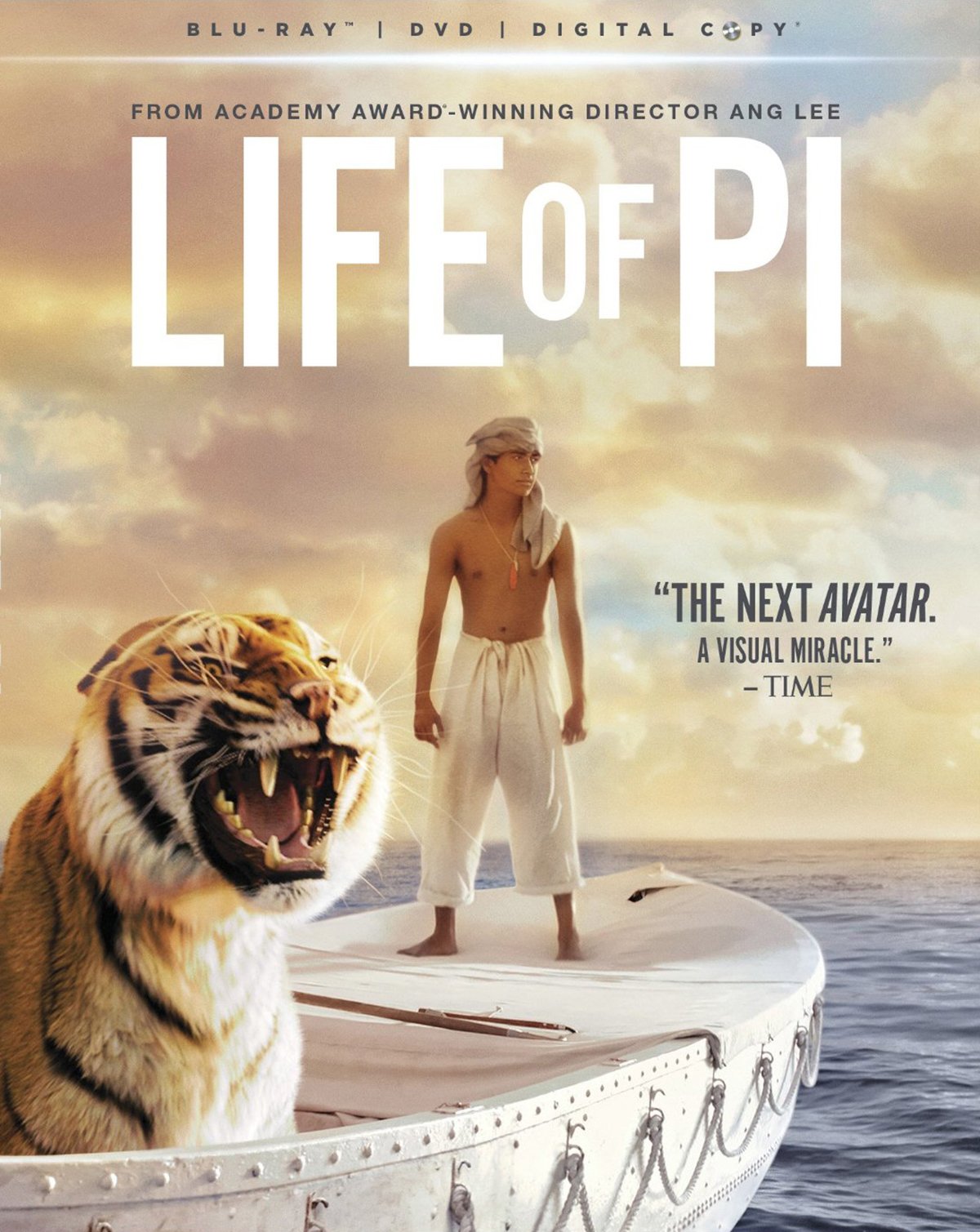 Like most Ang Lee films, Life of Pi is all about the art of storytelling, but more distinctly of the utility of story. The film is more or less book-ended by a conversation between the elder titular hero (Irrfan Khan) and a stilted writer (Rafe Spall) who’s come seeking an extraordinary story, one that will reportedly make him believe in God. The story that the becalmed and charming Pi tells the writer begins with his upbringing in Pondicherry, India, and moves quickly to the catastrophic sinking of the boat carrying his family and his subsequent time spent on a lifeboat with an extremely irritated tiger named Richard Parker. The fantastical account ends with Pi washing ashore impossibly alive, and it’s realized by Lee with utter confidence in his sense of spectacle, but is undercut by a fierce bitterness that remains unexplored by the film’s quiet end.

Seen in dubious flashback, the adolescent Pi (Suraj Sharma) finds himself witness to the mystic spectacle of the unconquered ocean, visiting a carnivorous, vibrantly verdant island full of meerkats and narrowly avoiding the awesome damage of a hunchback whale’s moonlit belly flop. He becomes one with both the physical and spiritual world through his give-and-take relationship with Richard Parker, the boat they co-inhabit becoming a world unto itself. This visually sumptuous adventure, however, is complicated by the late revelation that his interactions with the tiger, along with a jackal, a zebra, and an orangutan, may have been a buoyant metaphor for Pi’s brutal clash on the boat with another survivor (Gérard Depardieu), who claimed the life of Pi’s sainted mother (Tabu).

This unseen ugly version of the story is conveyed in a single, harrowing monologue, but despite Sharma’s passionate delivery, this climactic turn lays clear the limitations and well-meaning ignorance of Lee’s film. The uneasy complacency of 1970s suburbia provided a corroding veneer for an incestuous web of joyless affairs and terminal despair in The Ice Storm; the two central marriages of Brokeback Mountain served as crucial alibis to distract from the forbidden love and sexual desires raging between the two husbands. Elsewhere, Lee has gone full-tilt with fantasy, such as in Hulk, as noble and ambitious a failure as any that were released in the last decade, and Life of Pi is of a similar breed, though in contrast to the aforementioned comic adaptation, Lee here allows himself to thinly conceal his art in ambiguity.

Lee is in utter praise of grandiose myth and metaphorical story and he expresses his wild devotion to imagination in blatantly spiritual terms that consistently grow cloying, evened out by stunning imagery that toggles between beautifully tangy and bibilical. Working from David Magee’s adaptation of Yann Martel’s bestseller, the filmmaker coyly suggests that one must choose between the empty awe of myth and spectacle and the harsh but substantive realities of life. Lee obviously prefers the fantasy, but he hinders his story by completely ignoring the dangers of fantasy and the repression with which it often goes hand in hand. The director’s fascination with religion is less about metaphysics than it is with the stories that form religions as cautionary tales and shrines to beliefs.

In other words, Life of Pi is a sermon, delivered passionately by Lee in the church of big-budget filmmaking. The film often literally glows with admiration toward Hollywood’s ability to realize and manifest big, inventive adventures with oversized stakes, to both entertain and teach the masses; aptly, Life of Pi is Lee’s most spacious entertainment to date. His indisputable talents for extensively and evocatively summoning unexpectedly vivid and extraordinary worlds, varyingly based on fact or fantasy, are brought to bear here with often joyous, sometimes shrill results. The entire experience is deeply cheapened, however, by the way Lee condescends to and ultimately dismisses the painful drama that made up the more “realistic” version of what happened on that boat in the middle of the ocean. That this final recanting is utilized to convince Japanese transport authorities of his sanity and innocence only underlines Lee’s ultimate concern: acceptance.

Lee highlights his eponymous protagonist’s isolated struggle with nature, in order to dilute the lacerating, unpredictable chaos of a society rife with weaponry and hunger, misunderstanding and deceit. The entire endeavor feels as if it is born of a frustration, even bitterness toward the hard certainties of mortality and self-preservation. And in the process, Lee conveys something like shame toward the subject matter of the smaller, subtler films that helped build his career up to this point, if not necessarily the films themselves. Optimistic in a discomfiting, passive-aggressive way, Life of Pi feels like the work of an artist finally giving into his Hollywood baptism, forgetting his rough-and-tumble ascension in favor of being born again.

Life of Pi is chiefly remarkable for the majesty and vastness of its visual effects and Fox does an excellent job transferring the visual wonder of the film to the small screen. Color is essential to Lee’s latest, and each one pops vibrantly on Blu-ray, from the pastels that litter the exteriors of Pondicherry to the hallucinatory spectacles that Pi and Richard Parker witness on their boat. Clarity is optimal, as are textures in faces and wardrobes (check out the accumulating weariness of Pi’s face while on the boat), and black levels are perfectly inky. The audio is equally vital, with dialogue sharply and clearly out front, alongside all manner of evocative animal sound effects. Mychael Danna’s lovely, Oscar-winning score sounds fantastic in the back of the mix with other effects. Overall, this is one of Fox’s first top-shelf home-video releases of 2013.

The hour-plus “A Filmmaker’s Epic Journey” is about as good as a behind-the-scenes featurette can get, though Life of Pi would have certainly benefitted from a commentary track by Ang Lee or even David Magee. Still, the making-of documentary chronicles the four-year production of the film in fine, exquisite detail, covering pre-production, scripting, casting, and post-production. The two shorter featurettes, centering on Richard Parker and the film’s visual effects, are nice companion pieces, though they’re hardly as detailed. Regardless, this is, short of commentary, an admirable look at big-budget production. Storyboards and an art gallery are also included.