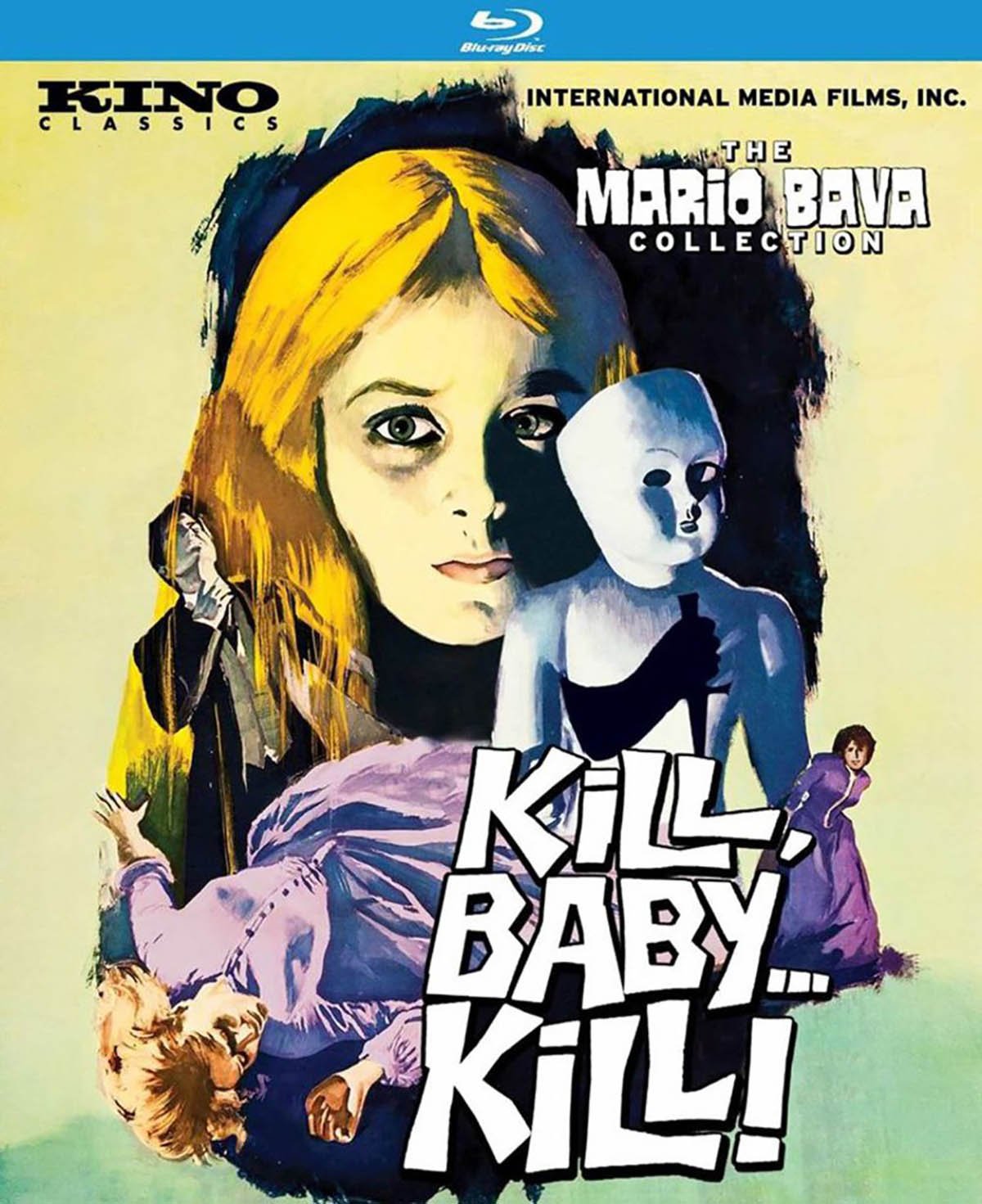 The Carpathian village of Kill, Baby…Kill! is among Mario Bava’s most indelible achievements—a physicalized realm of fear. Partially shooting in Calcutta, Bava uses the location as a source of found German expressionism, merging the canted windows and seemingly irrational angles of streets and stacked buildings with candy-colored cinematography and pointedly artificial sets. This contrast between the discovered and the created suggests a porous boundary between reality and subjectivity, the past and present, and the antiquated and modernized. In Kill, Baby…Kill!, as in many other Bava films, a character can stroll recognizable streets into dimensions that are rooted in their own psyches, trapping themselves in temporal loops that may embody encroaching madness. Bava renders insanity as both a place and a contagion.

Bava’s filmography suggests a lurid and purple alternative to the work of another Italian auteur, Michelangelo Antonioni. Kill, Baby…Kill!’s narrative resembles a classic Antonioni scenario, concerning a vanished person who compels people to navigate a dimension of existential torment. Melissa Graps (Valerio Valeri), the ghost of a little blond girl haunting the other characters of the film, isn’t dissimilar in certain fashions from the vanished woman of Antonioni’s 1960 classic L’Avventura, as both figures suggest, via their absence, the price that’s paid for self-absorption and paranoia.

Bava spins elaborate formal symphonies out of gothic tropes, understanding that plot’s often beside the point in a great horror film. Early in Kill, Baby…Kill!, a handsome doctor with a requisite lantern jaw, Paul Eswai (Giacomo Rossi-Stuart), enters a village to conduct an autopsy of a young woman who impaled herself on the spikes of an iron fence, arousing suspicion on the part of distant authorities. Eswai walks into a gathering of people at the inn where he’s to stay, as the locals freeze in suspicious poses. This scene is so familiar to the horror genre that it was later parodied by An American Werewolf in London, but Bava distinguishes his version by doubling down on the poignantly rapt silence of the townspeople. Bava lingers on faces, fashioning a tableau of desperation and fright that suggests an operatic wax museum exhibit, or perhaps the mannequins of Blood and Black Lace.

The film is a feast of texture, from the glowing blue and green cemetery—a burial ground of our art-fed imaginations—to the cobwebs, armor, and phallic arm lamps of the Grasp family home, which is the wellspring of the carnage afflicting this village. Empowered by her mother’s wrath, Melissa infects the minds of those associated with her death, which Bava stages as some of the most beautiful and terrifying sequences in horror cinema. Melissa’s arrested development is often expressed by the childish laughs and cooing that can be heard on the soundtrack, and by a camera pirouette that suggests a child swinging on a swing, amusing herself before committing violation, which is but one of the film’s many circular patterns. Most iconic and influential of all is a spiral staircase that suggests an endless echo chamber of irrationality—an explosion of self-consumptive alienation that has inspired the work of Stanley Kubrick, Martin Scorsese, and David Lynch, among others.

Bava is justifiably revered as a stylist, though the social resonance of his films is often underrated. Kill, Baby…Kill! is a sublime exploration of the cultural ruptures that occurred in the world between the 19th and 20th century, as technological revolutions left societies behind, stewing in superstition. This is the subtext of most gothic horror, and Bava utilizes a dead child as a potent metaphor for tribal isolationism and classist resentment, particularly as Melissa sets her sights on people who’re guilty only of speaking to Paul, who’s in town to theoretically set things right. Modern society isn’t left off the hook. Wandering into a place that’s unknown to him, Paul presumes that all human experience can be explained—or reduced—to theory. Melissa shows this assumption up for the egotism that it is.

The colors of this transfer are rich and beautiful, particularly the shades of red, blue, pink, and green that constitute the film’s highly figurative palette. There’s quite a bit of grain here, but that gives the film a rough vitality that’s almost certainly true to its roots, especially in the dusty landscape shots of Calcutta. The image also abounds in vivid textural details, from the clear rendering of the various objects in the haunted house to the chilling blankness of the spirit’s eyes, to the spectral whiteness of the frost that appears on windows. The English mono soundtrack offers a subtle and varied gothic soundstage, from soft whispers to the crunch and splat of the gory set pieces, to the elegant rattle and thrum of Antonio Rinaldi’s score. A Dolby Digital Italian soundtrack has also been included, and it’s similarly fastidious, with a contemporary emphasis on surround-sound immersion.

As always, Mario Bava’s biographer, Tim Lucas, gives good commentary, offering a comprehensive history of Kill, Baby…Kill!’s production while also dissecting the film’s dense and subtle symbolism. A particularly astute comment: Lucas notes the duality that exists between the blond and brunette women in the film, observing that Bava pairs the protagonist with each woman in shots that serve as the exact inverse of one another. “Kill, Bava, Kill!,” a previously unreleased 2007 documentary in which Lamberto Bava revisits the locations where the film was shot, offers illuminating context as to why Mario Bava chose certain locations, how he used them, and how these decisions fit into the overall arch of his career. A distinctly different German titles sequence (which gives away much of the film’s plot right out of the gate), a skippable interview with actor Erika Blanc, and several TV spots and trailers round out a slim but rewarding package.

Kino preserves the vibrant and meticulously lurid glory of Kill, Baby…Kill!, with supplements that emphasize Mario Bava’s bona fides as an influential auteur.