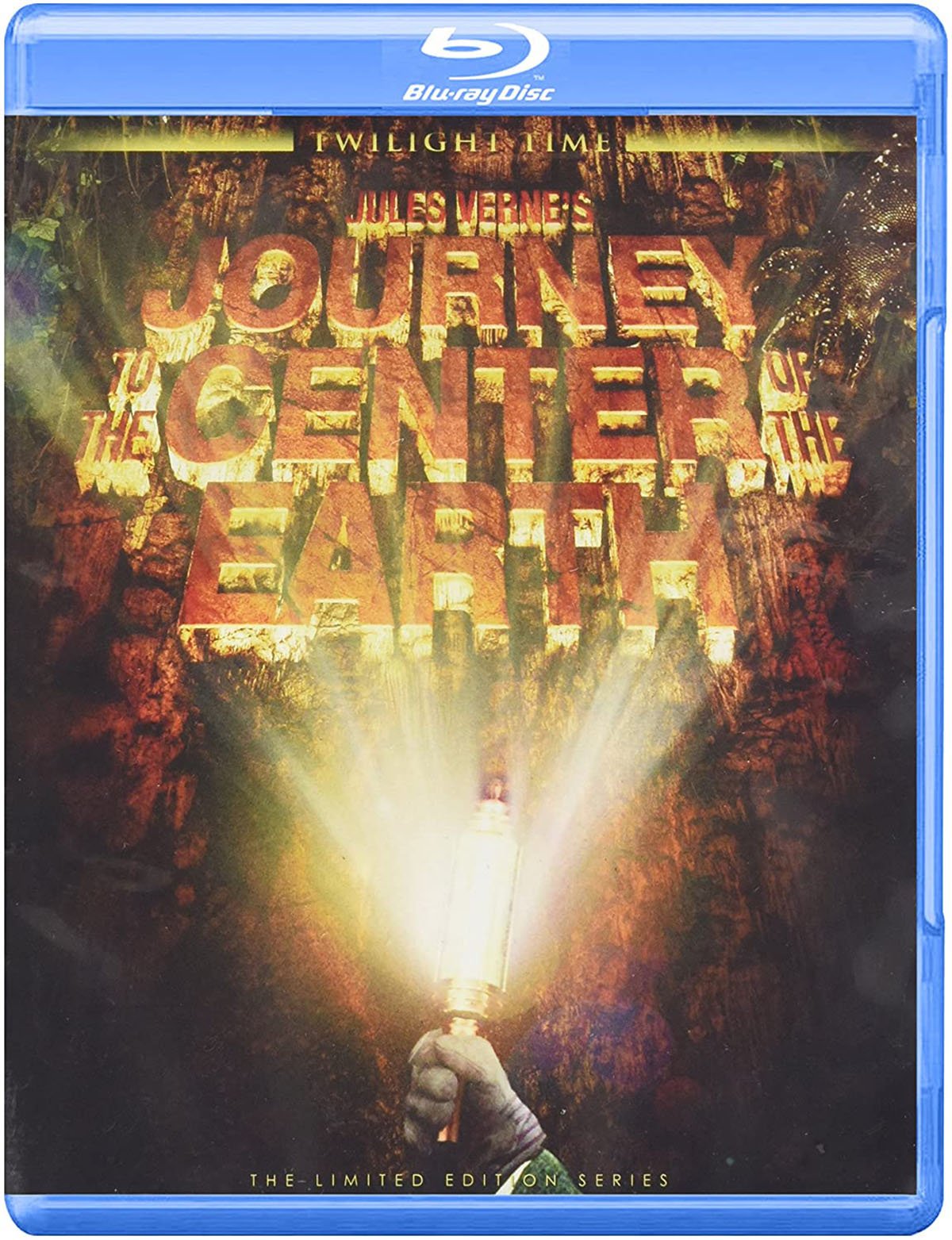 When you think of death-defying action and amazing adventure in 1950s Hollywood movies, it’s only natural that the first names that should spring to mind are James Mason and Pat Boone. Well, maybe not, but this 1959 epic, produced at Fox by Charles Brackett, otherwise best known as one of Billy Wilder’s preferred writing partners, pre-I.A.L. Diamond, gets weirder before it gets better. English thespian Mason, still riding high after starring in one of the decade’s biggest blockbusters (Disney’s 20,000 Leagues Under the Sea), stars alongside Florida-born and Texas-educated crooner Pat Boone, the latter frequently relieved of his shirt, and both men play Scottish scientists. The director is Henry Levin, whose career traversed five decades, but whose legacy is almost nil, unless we can bestow some retroactive honor for brilliant movie titles (The Corpse Came C.O.D., Night Editor, Mr. Soft Touch). The almost nonstop special effects, lacking the ingenuity of a pioneer like Ray Harryhausen (whose star was only just then on the ascent), are cheap and often hilariously desperate; in one key scene of peril, the film splices shots of iguanas running around a beach with parallel shots of our heroes fleeing for their lives.

Taking all that into account, it’s not looking good for the generally forgotten Journey to the Center of the Earth. But the movie is a lot of fun, even if the discount effects (an ill-advised close-up of a lizard who glows red in the dark reveals that the red glow is the result of ordinary red paint—non-toxic, I’m sure) place it a few rungs below the era’s comparable fantasy/adventure blockbusters and Jules Verne/H. G. Wells adaptations. Very nearly a hybrid musical-adventure-comedy, Journey to the Center of the Earth more than compensates for its liabilities with sheer spirit and energy, even if Fox’s CinemaScope technology still tended to limit mobility options at this point. Mason and Boone, joined by the buxom Arlene Dahl and the Icelandic colossus Peter Ronson, are clearly having a great time, and they play up Verne’s slightly antiquated (even for 1959) sensibilities without so much as a hint of winking irony. Even as the intrepid explorers make their way through caverns, dull and crystalline alike, battling dangers represented both by nature (beasties, magma, floods) and man (future Dark Shadows featured actor Thayer David), there’s plenty room for a little singing and dancing.

It’s never terribly consequential or important, but Levin, who would go on to direct the Cinerama showreel of 1962, The Wonderful World of the Brothers Grimm, clearly understands that one of the chief assets on Journey to the Center of the Earth’s ledger, Mason’s limitless charisma and pep notwithstanding, are its sprawling widescreen frames, which give the Edinburgh location shots that comprise the film’s first few reels potent travelogue wallop. As you would often notice during the first decade of Fox’s coveted process, many shots in Journey to the Center of the Earth are long takes that serve little or no narrative purpose, but flaunt the 2.35:1 aspect ratio by taking in some scenic vista or meticulously laid-out interior, either above or below ground. In terms of pacing, he doesn’t exactly strap the story to a rocket ship, but he keeps things moving at a reasonable clip, doesn’t dwell too long on explanations, and keeps the tone both light and sincere. For all its faults, it remains an ideal entertainment for kids and adults.

Twilight Time clearly has an archival print on their hands; it’s got none of that razor-crisp quality of a top-down restoration. But archival prints can sometimes be preferable for retaining a certain, intangible organic quality, and that’s the case here. The materials are clean, the colors pop, even if the detail of their 1080p presentation betrays some of the movie’s cut-rate f/x. The soundtrack is presented in an unusual 4.0 DTS mix, without the additional LFE channel. It sounds great, clear and bright, though the booming effects noise is disproportionately loud compared to the rest of the soundtrack (i.e. dialogue and music).

Just a trailer and an isolated score track. Considering the fact that Twilight Time is rolling this release as a limited edition, this is regrettable, even if Bernard Herrmann’s music is as good an excuse as any to turn off all of a movie’s sound except the score.

They skimped on the supplements, but Twilight Time’s Blu-ray of this neglected but endearing CinemaScope demo reel does right by its Technicolor film grain and stereophonic sound.