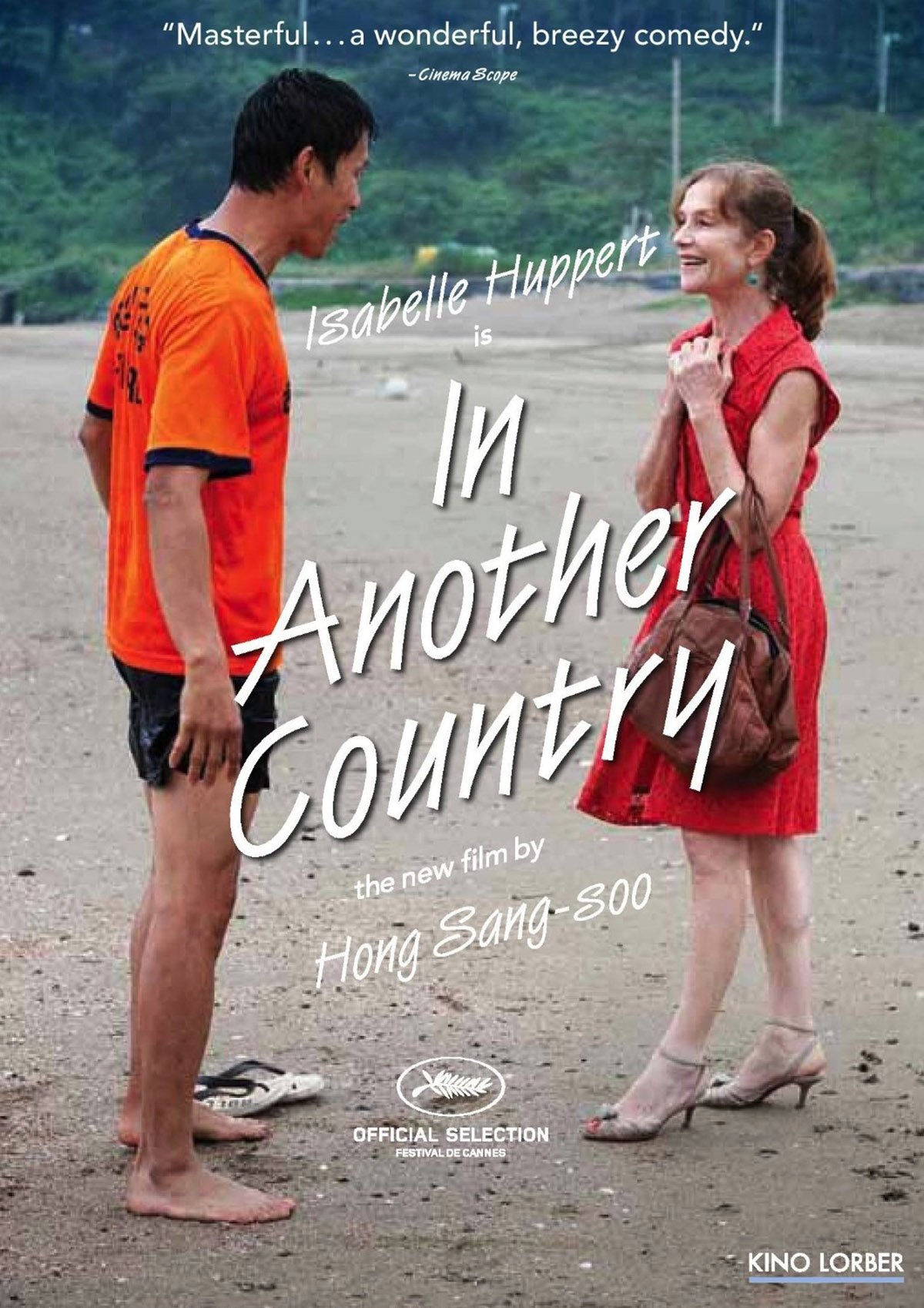 South Korean auteur Hong Sang-soo’s work is built on the concept of repetition. Yet within these constructs he’s produced infinite variations on a very specific set of themes. Nearly all of his films feature a break (or breaks) in the narrative, after which either perspective pivots, characters undergo a change in interest or motivation, or the story itself begins a process of refraction wherein individual threads collapse into or are set into relief by each successive alternation. The episodic nature and modest aestheticism of his cinema has led many to reduce his output to a series of retreads and reassemblies of past successes, ignoring the fact that the main thematic concern of Hong’s career has thus far hinged on this very preoccupation with personal inquisition, reminiscence, and reevaluation.

Last year’s In Another Country was met with a similar sense of the expected, which, coming after a trio of some of his most complexly structured films (HaHaHa, Oki’s Movie, The Day He Arrives), is somewhat understandable. After all, more than most of his work, In Another Country plays like a riff on familiar Hong tropes, a triptych narrative set against a beachside backdrop featuring recurring characters who drink, obsess, and confess a little too much as they search for emotional reconciliation. It also happens to be one of Hong’s most effortless triumphs, a primary-colored comedy which nonchalantly dispenses hard truths, uncomfortable revelations, and spontaneous laughs.

Hong’s 2006 film Woman on the Beach is set in a similar locale, emphasizes color to a corresponding degree, and features an assortment of characters who act on impulse (most often to their detriment), resulting in a quasi love-triangle narrative which In Another Country also employs in an array of configurations. Meanwhile, 2010’s HaHaHa established a framework for his characters to recollect events from differing perspectives, a structuring technique which In Another Country references even as it simplifies the device. Here we have a young screenwriter notating different scenarios for a film starring a French woman traveling through Korea who unintentionally invites the gaze of a series of men who have more than a little trouble handling the emotional ramifications of their infatuation.

And here’s where perhaps In Another Country’s principal visual interest lies: in that of its star and cinematic cultural ambassador, Isabelle Huppert. She’s present in nearly every frame of the film, and all three of her characters (a director, a divorcée, and an adulteress, all named Anne) are portrayed in a fashion that romanticizes her pedigree while casually neglecting her conscious role in each scenario’s romantic entanglements. As one might expect from the various heritages of the ensemble, this is, by necessity, Hong’s first film to be spoken primarily in English, though he exploits the second-language limitations of his actors to great comedic effect. Naturally, they all attempt to meet in the middle (English), yet their miscommunications quickly reveal the film’s primary theme, that of linguistic nuance and the folly of interpersonal expression.

As each man inevitably falls for Anne’s latent charms (first a married man with a pregnant wife, then an endearingly earnest lifeguard, then a filmmaker researching his next project, then another married man with a pregnant wife, all played by the same actors in a succession of variations on their own roles from preceding chapters), the film builds up a casual energy imbued with a lightness of touch, but an underlining sadness. This faint sense of discontent tends to emerge in moments of awkward exchange, such the lifeguard’s continued attempts at wooing Anne, the married men who continually ignore their wives for the temporary pleasures of the exotic, or, most disarmingly, a monk who betrays the trust of a friend in an effort to ameliorate the discomfort of their visitor.

Hong continually sets up then undermines audience expectations in each situation, even at one point going so far as to present Anne’s imaginary rendezvous as a real event so as to establish yet another layer of (meta-)awareness while emphasizing his medium’s ability to more precisely communicate gradations in passion—and then to cheekily end the segment with the actual liaison anyway. To that end, if the mark of a great movie is the intangible sense that you could watch it forever, then In Another Country certainly fits, sets, and fulfills the criteria. And luckily, with Hong, more so than with any filmmaker of the modern era, we can get surprisingly close to actually experiencing this uniquely cinematic feeling.

Having been luckily enough to see In Another Country in 35mm, I can vouch for its status as Hong Sang-soo’s most visually stimulating film to date, full of bright hues and carefully coordinated color schemes. It’s unfortunate, then, that Kino Lorber has decided against offering the film on Blu-ray. As far as DVD transfers go, however, this is very solid, with acceptable contrast and noticeable grain. Colors pop to a satisfying degree and the picture is clean and devoid of any print damage. Sound, meanwhile, receives an unexpected (though mostly unnecessary) 5.1 mix. As any Hong devotee can tell you, there isn’t much in the way of action in his films. Nevertheless, the mix is clear with dialogue pushed up front, while some of the beachside ambiance skirts the outside channels to pleasurable effect. Overall, this is a modest presentation of a modest film.

None, which is a particular shame when considering this is the most widely seen film of Hong’s career thus far.