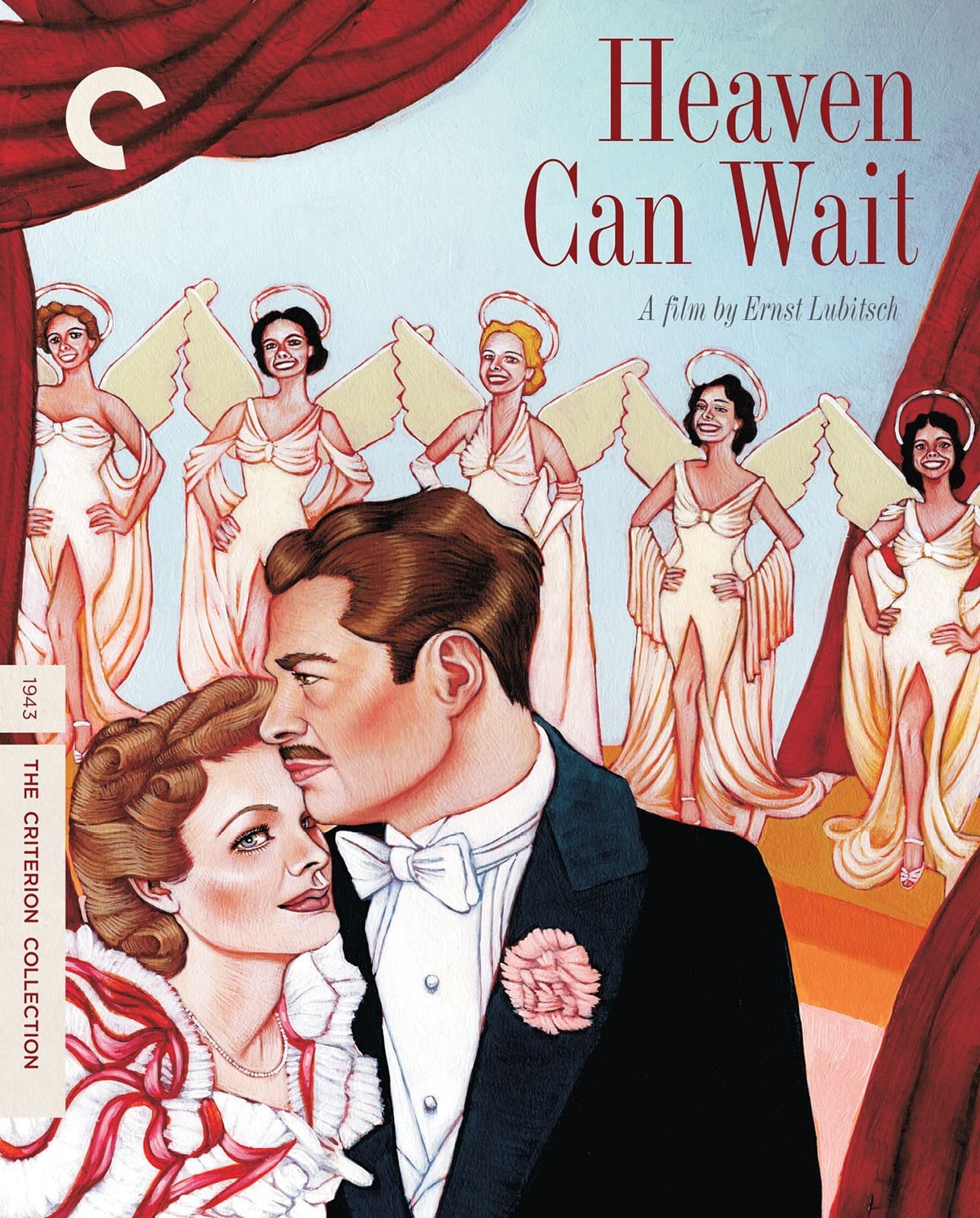 Hell itself becomes the scene of a parlor-room comedy in Ernst Lubitsch’s Heaven Can Wait. After an opening text crawl notes the death of one Henry Le Cleve (Don Ameche), the man arrives in the cavernous study of His Excellency (Laird Cregar), whose widow’s peak and upturned mustache announce the otherwise dapper, ordinary gentleman as the devil. Cregar plays Satan with the utmost politeness, receiving Henry warmly and with a keen desire to be of help. Perhaps His Excellency cannot pass up such a unique opportunity, because where others come to him begging for leniency, Henry ardently seeks to be sent to hell for what he says was a life full of romantic betrayal.

Heaven Can Wait then shifts to an extended flashback that tracks Henry’s life of sexual indiscretion. The film starts in his youth, from belligerent child to rakish teenager. The latter (played by Dickie Moore) already projects the swagger that will come to define Henry in adulthood, though he confesses to a French tutor (Signe Hasso) that he feels obligated to propose to a girl he recently kissed. The woman reassures him that in these modern times a person can kiss scores of people without being committed to them, and Henry’s face noticeably brightens (think of the possibilities!). “If that’s the way things are in 1887, what do you think’s gonna happen in 1988,” he exclaims jubilantly—a sly dig at the morals-monitoring Production Code.

Henry carries this perceived carte blanche into adulthood, where he woos chorus girls and other women below his rich family’s perceived station. Of his relatives, only Henry’s garrulous grandfather, Hugo (Charles Coburn), accepts him, barely able to hide his delight at the lad’s libertine tendencies. Henry cannot even manage to fall genuinely in love without making a scandal of it, setting his sights on Martha (Gene Tierney), a lovely young woman who just so happens to be engaged to Henry’s pill of a cousin, Albert (Allyn Joslyn). Albert is Henry’s inverse, a man hidebound by the conventions of the day and who views marriage as a perfunctory life step and Martha as ambulatory décor. Henry pronounces his love for Martha over her protests, but when he asks if she loves Albert, she falls silent. The two elope right under the noses of their families, leading to denunciations from everyone, including Hugo, who proclaims his outrage before then quietly financing the couple’s honeymoon.

The straightforward progression of Henry’s life sees him settling down with Martha and raising a family, and though the man cannot fully shake his wandering eye, for a time it appears that the film will become an ordinary drama. Yet Samson Raphaelson’s screenplay continuously injects comedy into the proceedings. For example, when Martha catches Henry’s philandering by finding a Cartier receipt for a bracelet he never gave her, Henry attempts to diffuse the situation by saying no woman could distract him from her. “And if there were such a woman,” he adds, overplaying his hand, “do you think she’d be worth only a $500 bracelet?” Raphaelson also pokes satiric fun at the social mores of the upper-class milieu of the film, as in a scene where Martha’s loveless parents (Eugene Pallette and Marjorie Main) sit on either end of an immense dinner table in their dining room, using their black servant, Jasper (Clarence Muse), as a shared pawn in an endless battle of wills. Hilariously, the two squabble over who can read a newspaper’s comics section, with Jasper relaying to the wife the husband’s desire for the paper and then to the husband the plot points of certain comic strips.

These acidic jokes are predictably mitigated by Lubitsch’s effervescent touch. Heaven Can Wait is possibly the director’s most downbeat film, darker in some respects to even To Be or Not to Be. But Lubitsch consistently finds ways to alleviate serious moments of romantic longing and feelings of betrayal. This was Lubitsch’s first Technicolor film, and cinematographer Edward Cronjager boosts the colors of nearly everything in the frame, bringing a level of brightness to even the most somber scenarios. More pointedly, Lubitsch homes in on small gestures that complicate interactions, as in the flashes of genuine affection that cross Henry’s face when flirting with Martha, or the way that an aged Henry deflects from a moment of grief with a flippant joke to cheer himself up. The entire ethos of the film, if not a sizeable portion of Lubitsch’s oeuvre, is summed up by an early line that Henry tells His Excellency when the latter asks if he had a good funeral: “Well, there was a lot of crying, so I believe everybody had a good time.”

Heaven Can Wait’s 4K digital restoration comes to us from 20th Century Fox and the Academy Film Archive in collaboration with The Film Foundation, and was created, according to Blu-ray.com, “from a 35mm color reversal internegative (CRI) made from three-strip nitrate original camera negatives (the best surviving element for the film).” The transfer reflects some of the inherent weaknesses of that source format, particularly how the inability to separate out the Technicolor strips results in persistent color bleed in the frames, which all have a reddish hue. Nonetheless, detail is significantly sharper than on Criterion’s 2005 DVD. The vivid colors of the costuming and set design now pop with intensity, and facial textures now reveal every contour of the film’s makeup. The monaural track is unimpeachable, boasting robust dialogue mixing and balanced score distribution.

A conversation between Andrew Sarris and Molly Haskell, recorded for the earlier DVD release, covers the film in great detail. Among the topics of discussion: the lead performances, Samson Raphaelson’s script, and how the film’s tone stood apart from that of more propagandistic, morally simplistic, and uplifting films being released in Hollywood in the midst of World War II. Two interviews with Raphaelson, one a 1982 appearance on the PBS show Creativity with Bill Moyers and the other a 1977 chat with critic Richard Corliss conducted at the Museum of Modern Art, offers more insight into the film as well as Raphaelson’s career. “Ernst Lubitsch: A Musical Collage” is a brief photo collage set to home recordings of the director playing piano, while a marketing gallery includes a theatrical trailer, publicity stills, and scans of the original pressbook from the film’s release. Finally, a booklet contains an essay by film professor William Paul, who keenly foregrounds how willfully the film avoids concrete historical detail to keep all focus rooted on the emotions of the characters rather than external circumstances of their lives.

Heaven Can Wait is one of Ernst Lubitsch’s greatest, most emotionally complex works, and this high-def upgrade calls new attention to just how much the film’s florid images match the beauty of Samson Raphaelson’s script.