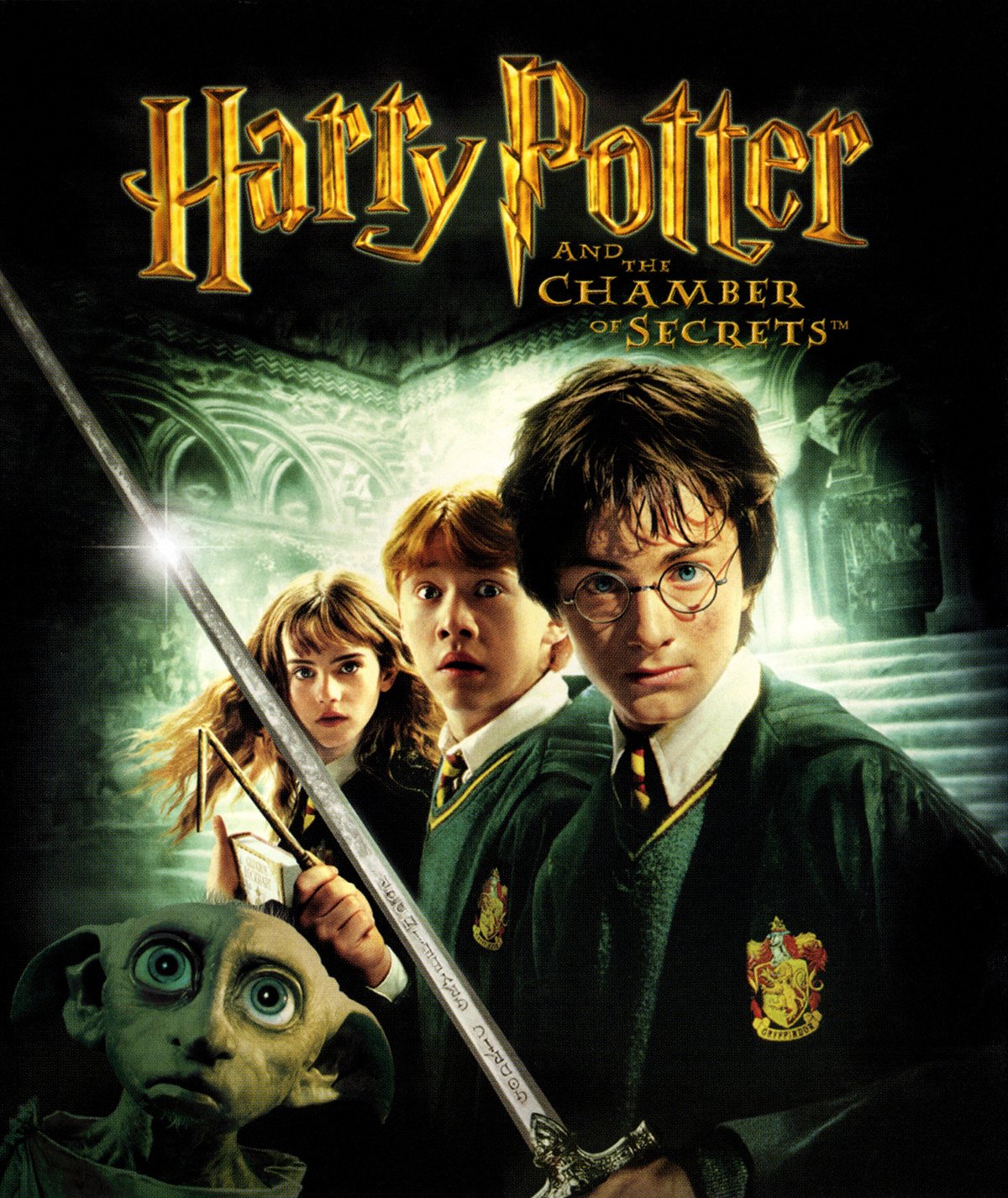 Please read the following with shrill Cockney accent. In this week’s 161-minute, ass-numbing episode of Harry Potter, watch as our favorite Hogwart wizard goes through puberty and is forced to unlock the Chamber of Secrets! What will little Harry Potter do when the higgeldy-piggeldy is out of the bag and all his friends are turned to stone? With the help of Ron, Hermione, and Ginny Weasley’s diary, Harry will once again save the Hogwarts School of Witchcraft & Wizardry from the dark forces of Slytherin’s past. Did last week’s episode of Harry Potter leave you hungry for more spells and Quidditch matches? Hold on to your seats faithful Hogwartians! Harry’s latest adventure has enough snakes, mandrakes, phoenix tears, Cornish pixies, climaxes, denouements, and unexplained camera tilts to scare the J.R.R. Tolkien out of you. Make no mistake, though—this is a quintessential J.K. Rowling toy factory. Kippers for breakfast, Aunt Helga? Is it St. Swithen’s Day already? Not since Goblin Pubby viciously scared the Schnappsburgher Spitzligs have you seen an adventure this raucous. Not only will you get to see Harry and Ron breaking the speed limit aboard a flying car (watch out for that Whomping Willow!) but you’ll also get to see young Harry duke it out with the evil young Draco in a death-defying battle in the sky that will put crazy ol’ George Lucas to shame! Children: Do Not Try This At Home! Step aside Jar-Jar Binks, here comes little Dobby! And is that Gilderoy Lockhart I see? Well, that fey accent won’t do you any good where you’re going, you dirty, dirty teacher of Defense Against the Dark Arts! How will Albus Dumbledore and Minerva McGonagall negotiate the racial free for all between the pure-bloods and the muggle-borns while trying to cover up Mr. Columbus’s gratuitous cutaways to black faces? More importantly, will Harry Potter grow the Quidditch balls to play Y Tu Jism Tambien inside the Hogwarts swimming pool with that Mexican man hiding behind those bushes? All this and more in this action-packed episode we like to call Harry Potter and the Chamber of Secrets. Same Hogwart time, same Hogwart channel. Back in St. Olaf during the annual cheese fair, Gertrude Ginkelhaughen, the town’s biggest pusher for imported cheese, used to say: “If you don’t want to miss a minute of this stuffy three-hour redundancy, bring a urine bucket!”

Well, what did you expect? Harry Potter and the Chamber of Secrets gets the red-carpet treatment in this two-disc set from Warner Home Video, available both in widescreen and fullscreen (read: useless) editions. The 2.35:1 anamorphic widescreen transfer is more luminous and vibrant than the somewhat spotty treatment received by the first film when it hit DVD last year. Skin tones are a little on the burnt sienna side but that has more to do with Chris Columbus, who takes to a drab brown palette like a two-year-old sugar fiend takes to chocolate. Shadow delineation and detail is impeccable throughout but it’s the Dolby Digital 5.1 Surround EX that truly stands out. Surrounds are so incredibly active (especially during the film’s Quidditch match sequence) that it’s liable to send young children ducking for cover.

On the first disc: the film in glorious widescreen, cast and crew filmographies, a theatrical trailer and “Year One at Hogwarts” (a quick recap of everything that happened in the first film). Those who responded well to the features available on The Harry Potter and the Sorcerer’s Stone DVD won’t be disappointed this time around, especially if you’re under five and have no social skills whatsoever. On the second disc, a lively interactive menu will lead you to different features. Key here are 19 additional/extended scenes, best of which is a scene at the Hogwarts dinner table where Hugh Mitchell’s Colin Creevey goes on and on and on about his obsession with Harry Potter. If a director’s commentary was not included because it would likely bore young children, there’s no explaining the inclusion of a conversation with J.K. Rowling and Steve Kloves under “Behind Hogwarts.” This is an insightful interview piece that may or may not appeal to Harry Potter fans interested in how the book has been adapted for the screen. One drawback: Lizo Mzimba, who interviews Rowling and Kloves, is edited into the mix rather poorly and may appear in your child’s nightmares. Also included in this section is a lovely set of interviews with the film’s students and teachers (Mitchell says of his character Colin Creevey: “He’s very keen on Harry”), an engaging behind-the-scenes featurette, a superfluous tour of Dumbledore’s office and a gallery of production sketches. This last feature is especially notable because each sketch appears as a picture hanging on the wall of the Hogwarts School. “Spellcaster Knowledge” will test just how carefully you were paying attention when a character in the film waves their magic wand. Four games are available under the “Activities” section: the trivia-oriented Chamber Challenge, a ride through the Forbidden Forest, a make-your-own-gallery section (using pictures taken from Colin’s Darkroom) and a tour of Diagon Alley. “Gilderoy Lockhart’s Classroom” is the least notable section as it provides little more than a photo gallery, a collection of certificates earned by the cocky teacher and required reading for his class. As for DVD-ROM features, you’ll need a microphone to utilize one feature, which allows you to “magically control your computer” using your voice. All other assets (puzzles, sliders, screensavers, etc.) all seem to be readily available on the film’s website.

Harry Potter and the Chamber of Secrets is much darker and livelier than the original film, but the features on the DVD still feel as if they’ve been designed for the five and under crowd. Regardless, it’s an elegant package that should keep creepy Potterheads busy for hours.