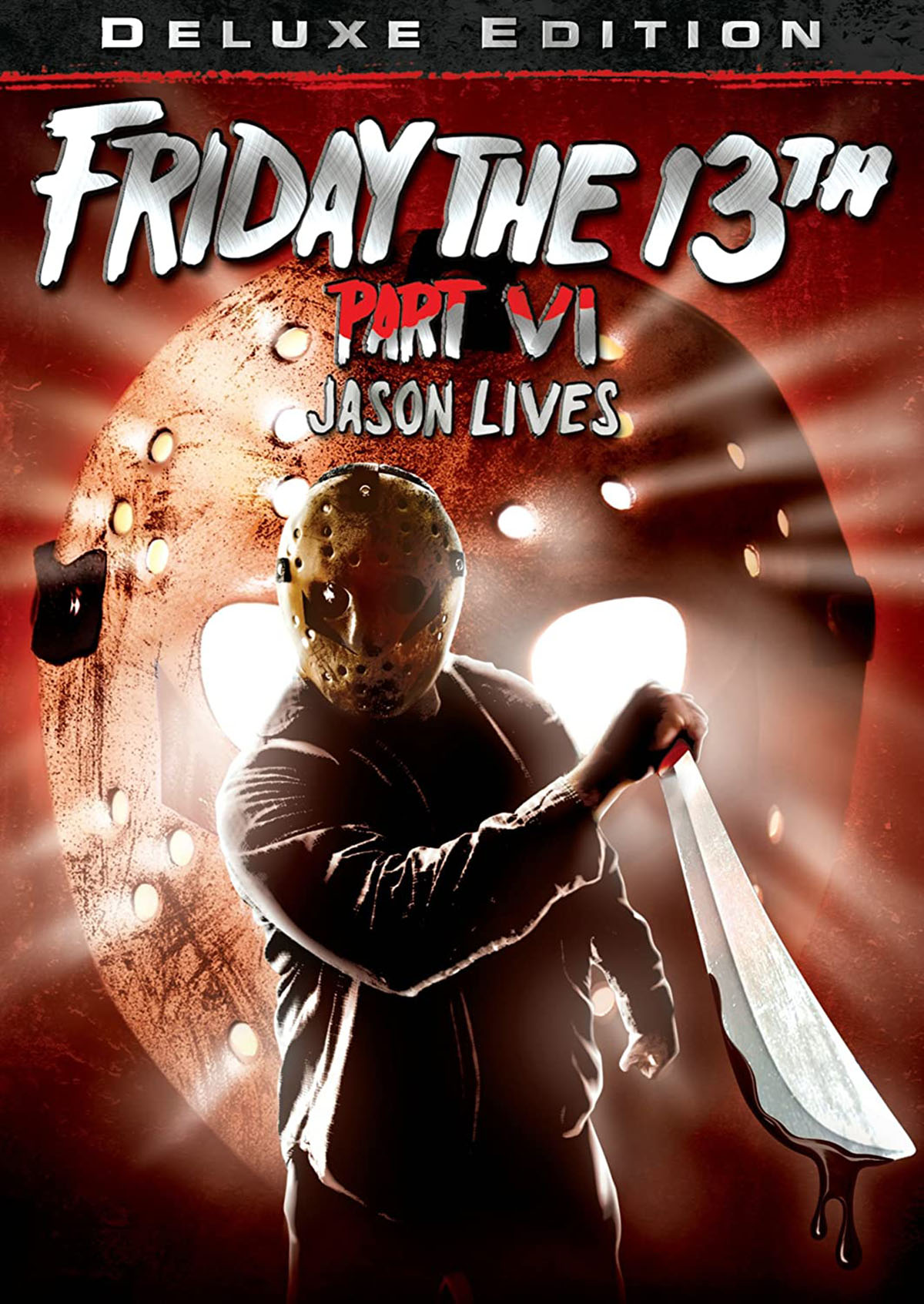 Though it has the requisite murder every 10 minutes or so (including victims snapped in half and punched through the heart, and a triple decapitation), Friday the 13th Part VI: Jason Lives feels more like a harbinger for the Scream series with its self-aware jokiness. The first person who gets picked off by Jason is played by Welcome Back Kotter’s Ron Palillo, and various characters wryly comment on the familiar on-screen action, practically winking as they say stuff like, “So what were you gonna be when you grew up?”

The film’s pre-opening credits sequence harkens back to classic Universal horror territory, with regular Jason hunter Tommy Jarvis (Thom Matthews) digging up Jason’s grave to make sure he’s really dead and inadvertently bringing him back to life with a bolt of lightning. The graveyard is foggy, moody, and atmospheric, and Jason has evolved from a mutant hick goon into a kind of zombie Frankenstein, his skin all purple and green with maggots slithering around his pus-rotten face before he dons his hockey mask.

While the characters remain somewhat cookie-cutter, the dialogue has a fast, hard-boiled snap and crackle (“Don’t piss me off or I really will repaint this office with your brains!”) and Tommy is mostly led around by a brassy, race-car driving, saucy bad girl, Megan (Jennifer Cooke), who makes a nice change from the goody-goody, virginal babysitter heroine established in John Carpenter’s Halloween and copied almost ever since. While there’s a superficial been-there-done-that, why don’t-we-just-mock-the-whole-thing quality to this entry in the series, it certainly livens up what has become by this point a stale franchise.

The feature length commentary by writer-director Tom McLoughlin and a few members of the cast and crew is informative and handled with a light touch. McLoughlin acknowledges that he wanted to make a comedy and the producers let him-as long as he didn’t make fun of Jason. For a guy doing work-for-hire, he doesn’t come across as a hack-perhaps because he has the enthusiasm of a Kevin Williamson for the genre. In “Jason Lives: The Making of Friday the 13th Part VI,” McLoughlin and the others are carted out again to do brief interviews relaying the experience of making the film, but it’s basically rehashing the commentary. Rounding out the DVD: two short, amateurish narrative films about Camp Crystal Lake, storyboards of McLoughlin’s original ending where we meet Jason’s father, a theatrical trailer, and deleted scenes.

Better than the second and third entries in the Scream series, this sequel is one elaborate in-joke about itself, and if you like the series you might have affection for what it’s trying to do.