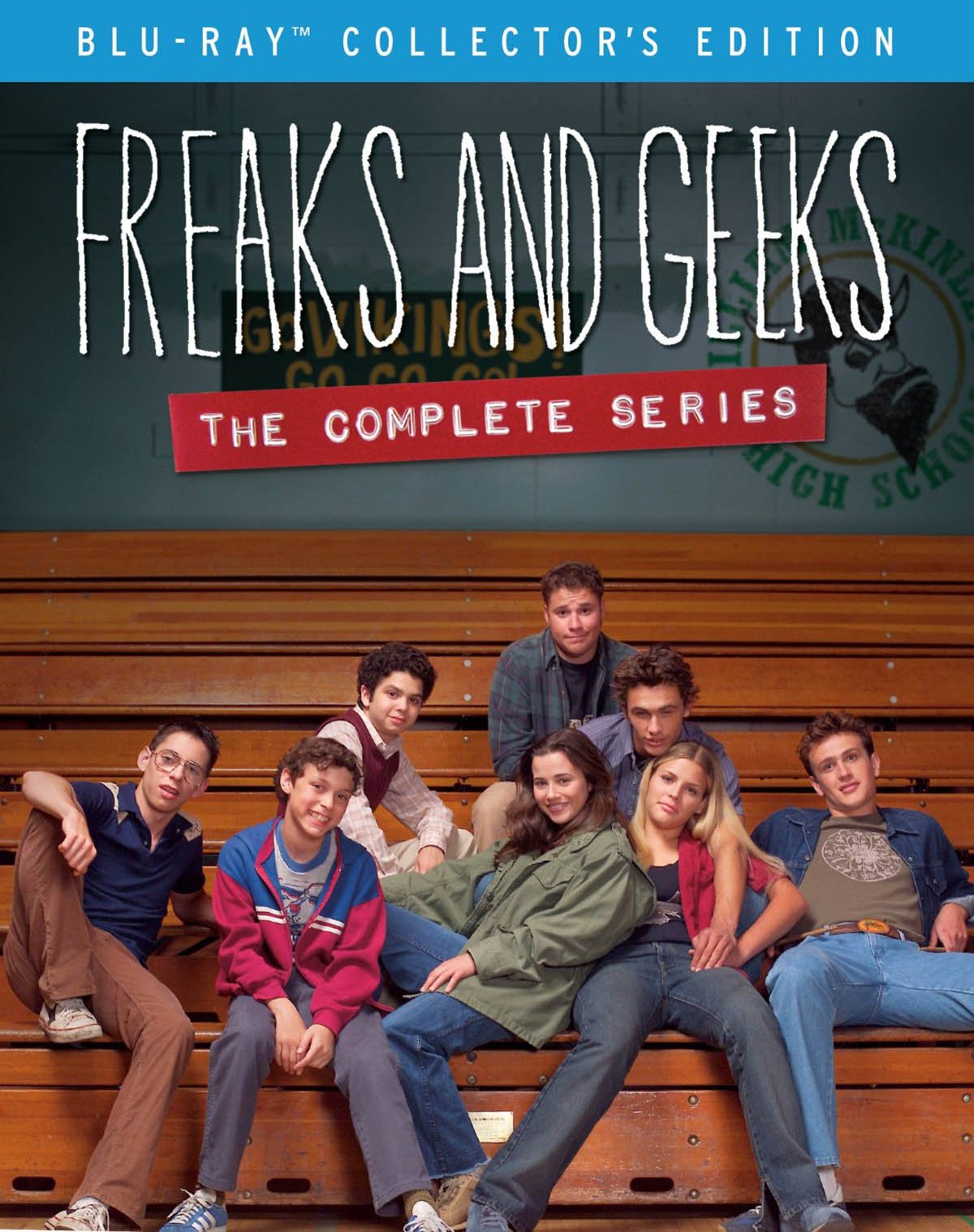 While Judd Apatow’s fingerprints are evident in Freaks and Geeks’s DNA, from numerous pop-culture references to the sentimental treatment of family matters, it would be difficult, if downright wrong, to credit the show as Apatow’s own, not least because its actual creator is Paul Feig. But, as Feig and Apatow tell it in a recent interview, they were both inexperienced filmmakers/showrunners in 1999 and sought the expertise of more established creative talent, even if that meant still relatively young figures like Jake Kasdan or Mike White. Accordingly, these details suggest the auteur model as an unreliable approach to grasping the show’s creative origins.

Yet, Freaks and Geeks persists in popular consciousness as both Apatow’s baby and the inaugural evidence of his approach to comedic scenarios that shift interest away from broadly conceived gags seeking mass appeal and toward transporting indie cinema to broadcast television. In this light, Freaks and Geeks should be regarded historically along with Seinfeld, Homicide: Life on the Streets, and The Sopranos as ‘90s-era shows that sought to transform the definition of television programming.

To be clear, Freaks and Geeks deserves recognition for being one of the pioneering shows to fuse the sitcom and hour-long drama, a practice that’s since become commonplace, but in looking at the show’s single, 18-episode season, one finds little subversive or challenging material to latch onto as a point of departure for claiming Freaks and Geeks’s greatness. In fact, much like the subsequent films bearing Apatow’s name, the series disguises its crypto-conservative politics through storylines that vaguely question both the nature of conformity and its characters’ inclination to rebel against authority.

To an extent, the entire series is about the persistent anxiety that Lindsay (Linda Cardellini), a high school junior in 1980s Michigan, faces regarding her political future, not just as either a Republican or Democrat, as in the episode “The Little Things,” but on a more quotidian level: to settle into the role of a business owner, like her father (Joe Flaherty), or take a more active role in helping her fellow citizen. Those citizens, at least while in high school, are a group of burnouts consisting of Daniel (Franco), Nick (Segel), Ken (Rogen), and Kim (Busy Phillips), all of whom Lindsay treats with simultaneous care, curiosity, and condescension, toeing their rebellious waters while keeping her formerly chaste, “mathlete” lifestyle squarely within her peripheral vision. The show plays up these tensions in the episode “Looks and Books,” as a car accident sends Lindsay running back to Millie (Sarah Hagan), her previous best friend, but the writers quickly drop the turn of events by the episode’s end, as Lindsay is already back hanging with her new crew.

By treating Lindsay’s past self as fodder for a single episode’s plotline rather than a prolonged storyline, the show’s writers shortchange her crisis. There are, however, several storylines structured as two-parters that provide deeper contemplation of characters’ dilemmas, most notably a pair of episodes where Neal (Samm Levine) deals with the realization that his father is a serial womanizer. There’s genuine tenderness in a scene where Neal tells his mother (Amy Aquino) about the infidelity and he receives a surprising, if problematic, response that places the onus of a family’s sustenance on the mother’s back. Kasdan, the episode’s director, wisely understates Neal’s realization that his parents’ lives are far more complex than he initially imagined, which resolves Neal’s mounting dread with a wave of recognition, if not quite relief.

The show’s strongest attributes are its dealings with adolescent uncertainties about both self and other, though the Michigan high school on display is conveniently lacking in any persons of color or non-heteronormative sexualities. The series does hint at the latter in “The Little Things,” where Ken tells the school counselor (Dave “Gruber” Allen) that he thinks he might be gay. However, much like the “You know how I know you’re gay?” exchange in The 40-Year Old Virgin, homosexuality becomes a punchline when Ken confesses that he thought the counselor was gay too and leaves the office when he discovers he’s not. Instead of taking both of their sexualities seriously, the scene retreats into leaning on each of their latent homophobia by having them stress a “Not that there’s anything wrong with that” sentiment.

But Freaks and Geeks, despite its numerous flaws and hinting at Apatow’s subsequent reliance on man-child humor in his feature films, often succeeds as humanist comedy precisely because the characters at its center are teenagers, exhibiting the frustrations tied to self-development that demonstrate their desire to mature. This stands in contrast to Apatow’s own films, which offer comparable “freaks and geeks” types, but generally as thirtysomething dudes instead of high schoolers. In Knocked Up, each male’s refusal to grow up is viewed not with scorn or satirical prodding, but a pacifying sense of warmth that merely affirms a boys-will-be-boys sexism. Thus, these later comedies lose their edge by giving characters a pass. If Freaks and Geeks, too, lacks any kind of progressive gender awareness, it nonetheless proffers scenarios that challenge its characters’ preconceptions about a singular path for their lives, even if the show’s canceling short-circuited them from further pursuing those potential ends.

This Blu-ray set marks Shout! Factory’s third release of Freaks and Geeks on home video and, for all intents and purposes, it’s their most essential yet. While the 2008 “Yearbook Edition” only offered the series in its original full-frame format, this set comes with both the full-frame version and a high-definition, widescreen transfer that has been remastered from the original negatives and been overseen by Paul Feig and Judd Apatow. Though purists may find such a move distasteful or even unwatchable, it’s nonetheless a marvelous achievement, as the series looks stunningly precise in HD and doesn’t appear stretched or misshapen. Also, the HD edition includes a DTS-HD soundtrack that’s been mixed to perfection, with the Joan Jett theme song sounding especially abrasive at the start of each episode.

Nearly everything has been carried over from the “Yearbook Edition,” which includes commentaries for nearly every episode (sometimes multiple commentaries), deleted scenes, audition footage, and original promo materials. The sole addition is a revealing, 45-minute conversation recorded in 2015 between Apatow and Paul Feig, who recount the show’s development from conception to cancellation. It’s particularly useful for the historical details, like how the pair went into a meeting with NBC ready to fight for their casting choices, and tidbits about cast members, like how each knew James Franco made a mistake by taking the series, because he “could have easily gotten better roles elsewhere.” These sorts of humble-brags recur throughout their lively exchange.

Third time’s the charm for Shout! Factory, whose new Blu-ray box set of Freaks and Geeks marks the show’s most definitive home-video release yet.