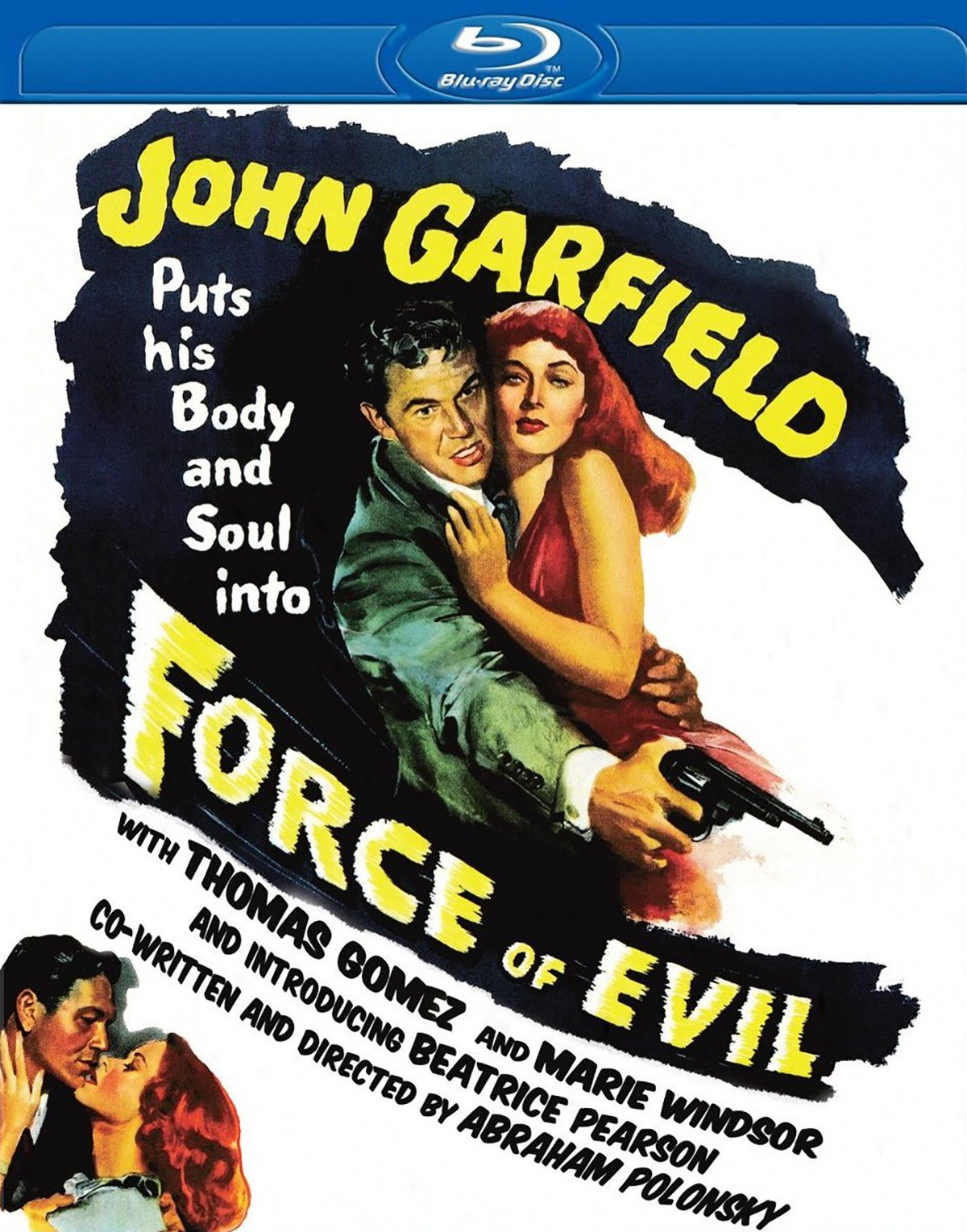 Along the spectrum of thug histrionics, one might find John Garfield’s muscular desperation somewhere between Marlon Brando’s instinct-driven dynamism (where the whispers and howls alternate in a symphony of rawness) and Robert De Niro’s mannered authenticity (where characters seem to have learned how to behave by poorly mimicking noir films). Garfield, of course, predated and partially inspired both dramatic schools. But his thoughtful brutishness—defined by unique turns from tortured/mindful to vengeful/kinesthetic and back again—now seems to compromise between them, a quality belonging to any prototype whose lineage has bifurcated.

Garfield best performed as men of notable skill and arrogance—lawyers, boxers, composers—who are unaware of their own tragic heroism until a key, crashing moment of insight. He acted noir protagonists, in other words, as if Sophocles had been his scenarist. Minute gestures, especially eyeball bobs and pinches of his clay-like plateau of bald forehead, reveal the hyper-confident internal monologues of Garfield’s characters; well-timed wavers in his voice hint at their unconscious, self-destructive urges. These sad men are, in the words of Henry James, “twice-lived”—crushed between self-affirming psychology and self-dooming fatalism. This dichotomy plays out on the screen as dramatic irony, which is common in noir, but introspection doesn’t usually fuel it. (Characters are typically dead before they can reflect on what idiots they’ve been.) The climax in Garfield-starring films, however, nearly always hinges upon a violent realization, as opposed to simply hinging upon violence.

This crescendo arrives in Abraham Polonsky’s Force of Evil when Joe Morse (Garfield), a reptilian lawyer who tries to gain control of New York City’s numbers racket, discovers that his phone’s been tapped. He picks up the handle with slowness, to compensate for his overactive mind, and hears the dial tone’s smoothness disrupted with a nonchalant click—the wire-tapper’s residue. (The click is further an ironic allusion to the character’s name: Morse brought down by something like Morse Code.) The screen cuts to Morse’s sweaty eyes in close-up; terror has emptied them not only of all emotion, but all thought. It’s the first time in the story that his mental wheels—usually so visible behind his smug, shark’s charm expression—are intimidated into halting, and this speck of weakness keeps dilating, like a hole made in a cocktail napkin by a cigarette, until it dismantles Morse’s plan entirely. Significantly, the final shootout is staged in Morse’s darkened office, and through much of it he grips the speaker of his Achilles’ heel of a telephone, as though nursing a wound.

Garfield’s likably unlikable protagonist provides Force of Evil with a semblance of cohesiveness, even if the film often feels like the product of dueling fetishes and pet symbols. A few notable examples of this density: the dialogue, also by Polonsky, either has characters spouting Raymond Chandler exposition-pretzels at breakneck speed, or quoting the Bible; Morse and his brother (Thomas Gomez), a shlubby but honest bookie who gets roped into the mess, are bloated with crisscrossing allegory (they call themselves Cain and Abel, but their shared surname also suggests Morse and Re-Morse); and a skirmish in a nightclub that claims the life of a cowardly accountant quotes the bloody, broken pince-nez’d visage from Battleship Potemkin. This stylized incoherence, however, surely identifies Force of Evil as traditional noir—the expository glut of which Jim Thompson’s equally classic novels would simplify with genre primitivism a few years later.

The film also manages reversals in tone almost entirely through photographic rather than textual or aural means; its rather clever use of clicks in the sound design notwithstanding, the moral cadence is purely visual, as with superlative crime movies from the silent era. Consider, for example, the dark-washed final set piece, which occurs in lightless offices that have up until then been professionally sunny, despite the shadowy law-bending that took place within them. And the epilogue, wherein Morse hunts for a crucial piece of evidence under the Washington Bridge, exposes him, finally, to the pellucid and unconquerable immensity of New York City’s skyline (unseen since the main titles). This shakes loose the chamber film mustiness from Force of Evil while subjecting Morse’s ambitions to one last dwarfing. Morse loses, but New York wins.

Georges Barnes’s cinematography mediates between Fritz Lang’s angular, geometric noir shadows and the fuzzier, more feminine ones of James Wong Howe; the result is a world that looks black and white, but where black and white don’t behave the way that they’re supposed to. Barnes might, for example, place the cruelly confident John Garfield against a bone-colored backdrop while swathing darkness around his far more upstanding love interest (Beatrice Pearson)—within the same scene. (The girl can withstand the moral ambiguity of shadow; Garfield succumbs to it.) Olive Films’ 1080 transfer gives these nuances a great deal of punchy visibility, if perhaps at the expense of the celluloid’s actual texture; all the specks of grain have been smoothed into clusters of light, dark, and gray. The soundtrack, however, though free of grit, is a pitiful rollercoaster of volume: Be prepared to adjust your speakers every five minutes to address this massive fail of a mix.

Martin Scorsese provides an ultra-brief introduction to the film, though he provides no reasons for loving this provincial noir outside of the obvious ones.

Force of Evil shows how a middling movie can still be an exemplary noir.