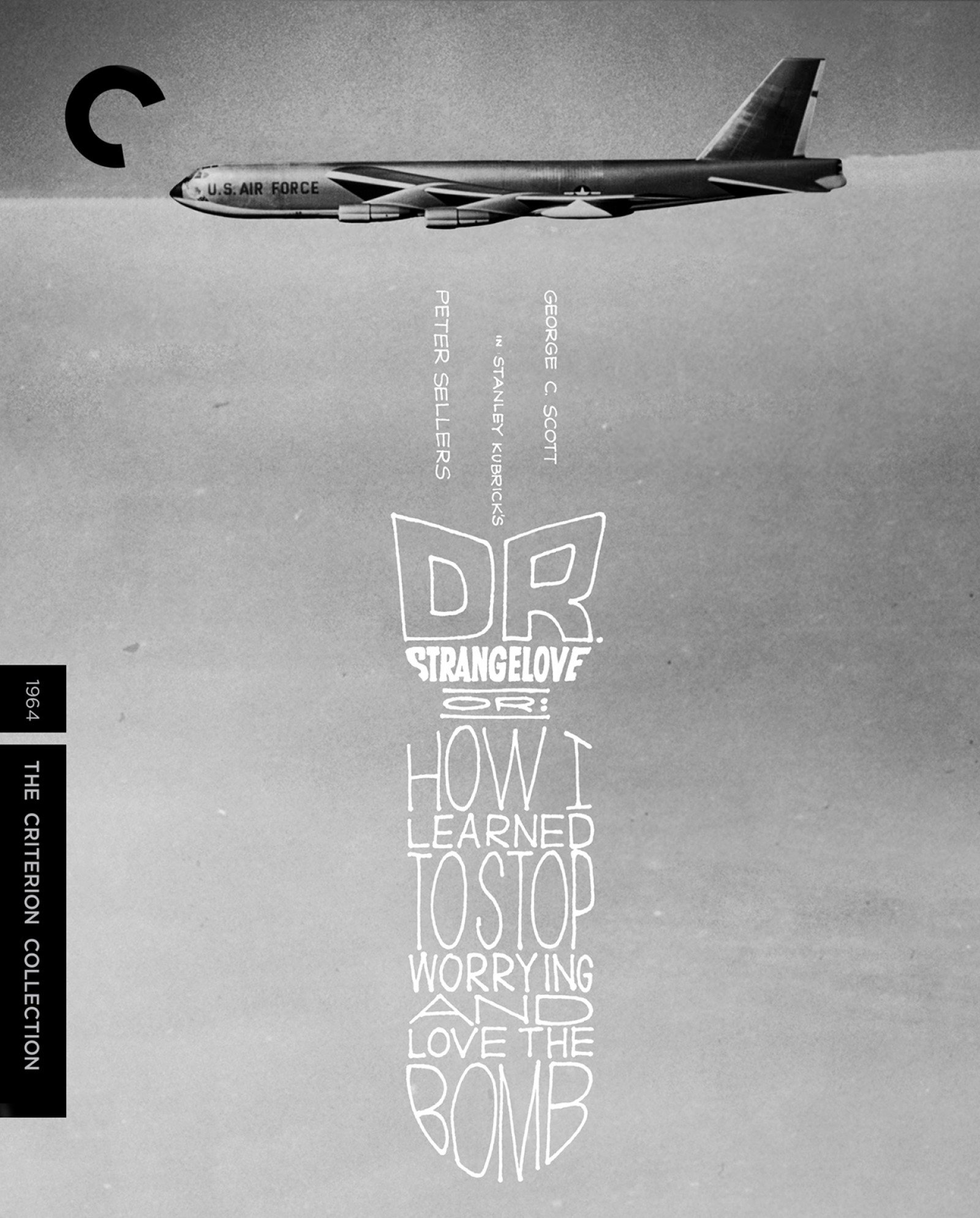 In Stanley Kubrick’s Dr. Strangelove, or: How I Learned to Stop Worrying and Love the Bomb, nearly every scene features a scenario or line of dialogue that suggests a world where all men are perpetually on the verge of whipping out their dicks. Kubrick jokingly threads a number of phallic objects throughout his comedy of apocalyptic manners in ways both obvious and understated. Certainly, it’s difficult not to read the images during the opening credits of a long, extended fueling mechanism being inserted into the top hatch of an airborne jet in Freudian terms. It’s also impossible to ignore the implications of a cigar that hangs from General Jack D. Ripper’s (Sterling Hayden) mouth for nearly every second following his haywire orders to bomb the Russians.

But what of the moment where Colonel “Bat” Guano (Kennan Wynn) gets a geyser of Coca-Cola to the face after shooting open a vending machine so that Group Captain Lionel Mandrake (Peter Sellers) can retrieve a couple of coins to make a call from a pay phone to potentially save the human race? Before firing on the innocent piece of “private property,” as Guano calls it, he warns Mandrake that, if things don’t go according to plan, “he’ll have to answer to the Coca-Cola company.” Guano is worried about getting caught with egg on his face, but leave it to Kubrick to conceive of a far stickier aftermath.

Ripper is an insecure warmonger whose paranoia derives from an ill-conceived suspicion that communist nations are seeking to poison American bodies through the local water supply. However, the “precious bodily fluids” that Ripper psychotically wants to protect receive no tangible threat from an outside source; in fact, the primary danger in the film is the utter incompetence of the men that make up the U.S. military and government. The only female character is the eligibly named Miss Scott (Tracy Reed), whose sole scene consists of tanning inside the apartment of General “Buck” Turgidson (George C. Scott), where she lies in bed wearing a two-piece bathing suit and shades, using a UV-lamp for some late-night rays. She could well be Lolita a few years on, and Kubrick, like in his previous film, offers her as a glimpse of temptation to a chauvinist male psyche, but he also uses her as a conduit to relay a message to Turgidson while he’s in the bathroom.

Writers Kubrick, Peter Southern, and Terry George suggest scatological elements and punchlines that ultimately remain at the level of implication, like how Turgidson’s name comes very close to sounding akin to the object he’s likely expelling while on the toilet. Even more deliriously obtuse, Turgidson possesses a gung-ho attitude that allows the levelheaded procedural information given by President Merkin Muffley (Sellers) to go in one ear and out the other. Turgidson’s military practice seems much like his implied bowel movement: in one hole and out the other.

In fact, nearly every character in the film operates according to either a fear or giddiness regarding penetration, giving the film a metaphorical through line to unite its disparate locations. Ripper’s literal fear of having his fluids tainted matches Turgidson’s suspicions that the Russian ambassador (Peter Bull) intends to abscond with valuable, tactical information gathered from inside the war room. But it’s Dr. Strangelove (Sellers), the scientific advisor (and ex-Nazi) whose mechanical right arm keeps involuntarily giving an enthusiastic “Heil Hitler!” salute, that offers the film’s most disturbingly absurd evocation of sexual fantasy entwined with nationalist politics. Strangelove relishes the possibilities of the bomb; he emphasizes the word “slaughter” as he speculates on a post-detonation scenario inside a bomb shelter, where the ratio of women to men will be an estimated 10 to one. As played by Sellers, he’s a bionic man with a steel hard-on for female flesh and death.

Dr. Strangelove makes its content both viscerally and cerebrally funny by turning physical comedy into a simultaneous theme and visual component of Kubrick’s thesis on a military industrial complex informed by heterosexual male frustration. When Ripper tells Mandrake that “it looks like it’s pretty hairy” in reference to an impending nuclear war, he may as well be also referring to his own mismanaged genitalia. Dr. Strangelove is unique as an American studio film in that nearly every scene addresses its alignment of military action with sexual impotence and bodily excretion. It’s possibly the filthiest studio comedy ever made, even though there isn’t a single gross-out gag, curse word, or graphic image in its entire running time.

Criterion’s Blu-ray boasts a 4K scan that places every component of Stanley Kubrick’s mise-en-scène on full display. Contrast in the black-and-white cinematography isn’t only balanced and full, but also richly defined by depth of field. Wherever the setting, whether it’s Ripper’s office or the war room, one can now wholly marvel at the level of attention Kubrick gives to composition. Previous DVD and Blu-ray editions of the film have ranged from adequate to very good, but this one’s practically flawless. Moreover, the presentation of both a monaural track and a 5.1 DTS-HD track allows the viewer to select which experience of the film they prefer. Each track sounds fantastic, though the 5.1 track, because of its fuller and more verbose audio depths, provides more oomph to the sounds of planes whizzing by and Major Kong’s indelible “yee-haw!” as he bull-rides a hydrogen bomb into oblivion.

There are more than a dozen individual supplements on this disc, ranging from new interviews to archival-based commentary to short documentaries about the film’s making to a handful of trailers. Two interviews with Kubrick scholars (Mick Broderick and Rodney Hill) provide archival-based accounts of the film’s enduring legacy, with Broderick’s meticulous citation of production documents proving particularly illuminating with regard to Kubrick’s process. Other interviews with cast and crew delve into firsthand and memory-based accounts of the film’s making, including a fresh chat with camera innovator Joe Dunton and camera operator Kelvin Pike. A good deal of attention is also given to the sociopolitical climate of the period through a couple of short documentaries, while Peter Sellers is discussed in a separate doc that features figures like Roger Ebert, Spike Lee, and Shirley MacLaine commenting on his comedic legacy. Finally, there are a handful of brief archival interviews with actors Sellers and George C. Scott, and a booklet, which comes in the form of an unsealed envelope, featuring essays by scholar David Bromwich and writer Terry Southern.

All of the facts are in, and Criterion’s new Blu-ray of Dr. Strangelove continues the label’s marvelous minting and contextualization of beloved classics from Columbia Pictures.