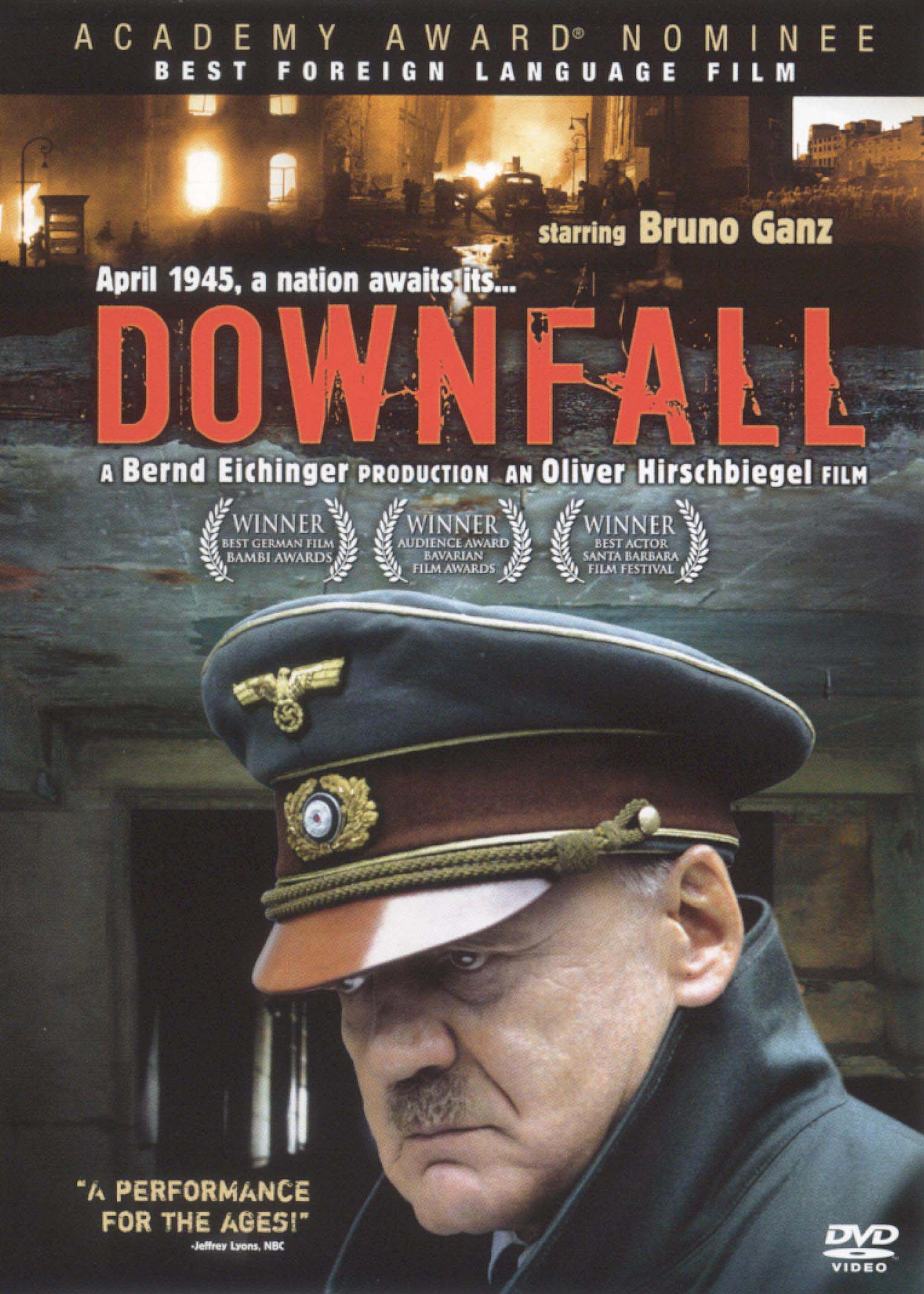 Oliver Hirschbiegel’s Downfall begins at the end, with a group of young women being escorted into Adolf Hitler’s bunker on the brink of the Nazi leader’s collapse. Traudl Junge (Alexandra Maria Lara), whose conflicted recollection of the years she worked for Hitler was the basis for André Heller and Othmar Schmiderer’s captivating Blind Spot: Hitler’s Secretary, is hired almost immediately, presumably because her youthful beauty and innocence appeals to the Führer (Bruno Ganz). By film’s end, when she rides out of Berlin on an old bike with a young child who similarly and naïvely gave his soul to the Nazi party, this woozy sequence works as a poetic expression of good being recycled from something so monstrously evil. In this one scene, a generous and forgiving Hirschbiegel’s shows compassion for a landscape and generation of young people ravaged by a pestilence almost entirely beyond their control. Frau Junge is the closest thing to a hero in Downfall, a film that assumes its audience is familiar with the major figures of the Nazi party in the way it fascinatingly does away with political backstory, choosing instead to evoke the crippling sensation of desperation that overwhelmed Hitler’s minions as Allied troops closed in on Wolfsschanze in East Prussia. This 155-minute film is clunky at times but never boring, an exhausting soap opera of doom that cuts back and forth between what seems like 100 speaking parts and conveys a chilling vision of rats being slowly flushed down a toilet. Hirschbiegel’s scorn is carefully tempered with compassion, evoking the many complex and varying levels of defeat that consume the Nazi vermin, some of whom put up better fights than others. Death is rampant outside, shocking Germany to its senses, while inside the Wolf’s Lair logic dissolves and gives way to varying degrees of madness. “Should I give Eisenhower the Nazi salute or shake his hand,” a prominent figure says at one point, one of many humorous riffs Hirschbiegel and screenwriter Bernd Eichinger use to convey the absurdity of life inside a steely bear trap that comes to represent the failure of an oppressive nationalist regime.

Colors and skin tones are appropriately anemic but grain is so pronounced it gives the film a phantasmagoric sheen-it’s not very appealing but at least it fits the story’s mood of grungy desperation. The audio track is more appealing, with clean dialogue and powerful surround work whenever something explodes.

It’s easy to see where the sensitivity and generosity of Downfall comes from in Hirschbiegel’s dry but generous commentary track: His knowledge of Hitler-era Germany is as impressive as his moral and spiritual consideration for his subjects and his audience. A making-of featurette runs about an hour and handsomely intermingles behind-the-scenes footage with interviews with historical figures and the film’s cast and crew. Rounding things off is a series of interviews with Oliver Hirschbiegel, author Melissa Müller, Bruno Ganz, Alexandra Maria Lara, and Juliane Köhler.

Downfall challenges us not to derive schadenfreude from watching the Germans in the film getting flushed down the toilet.