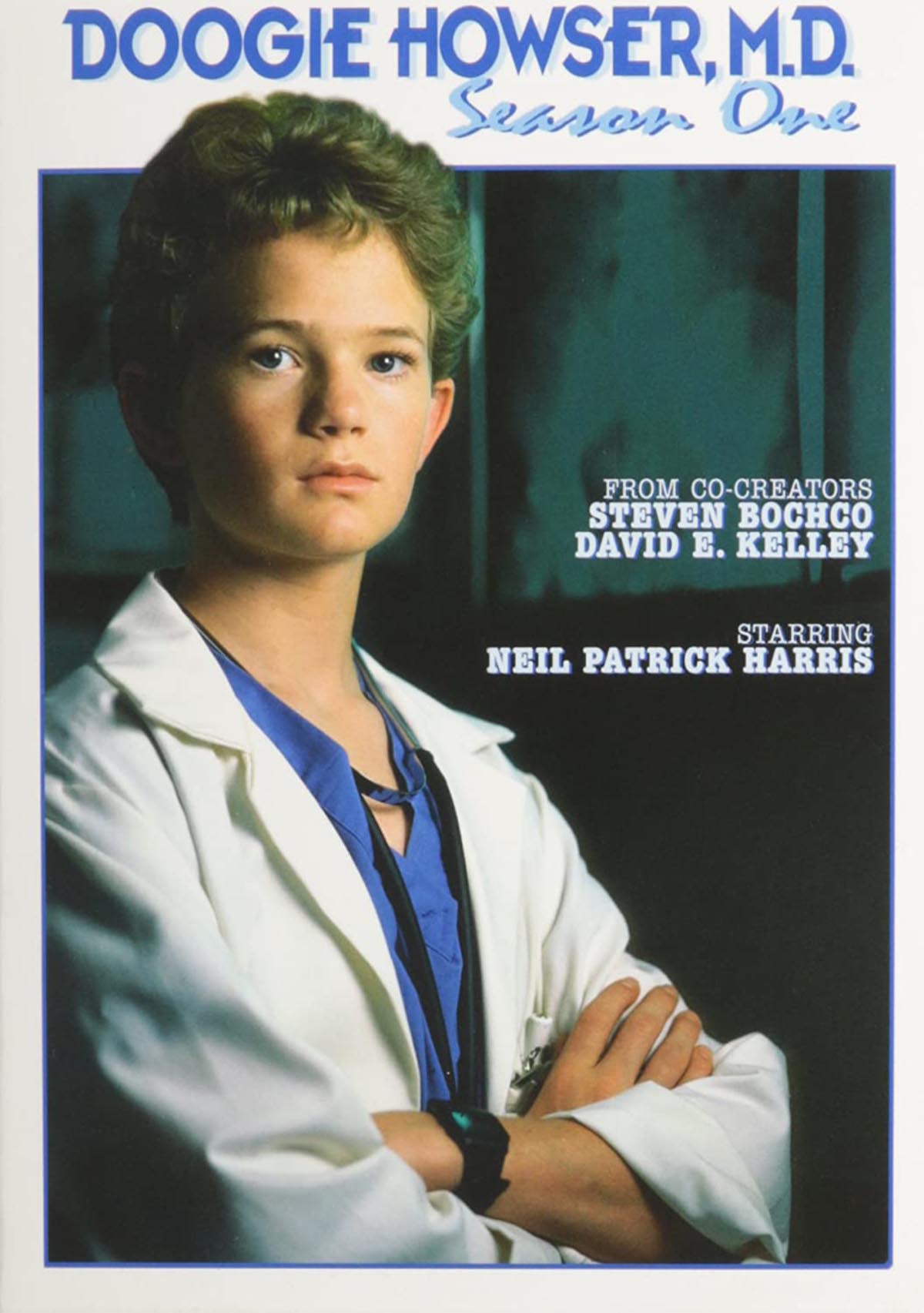 I have a confession to make that will explain precisely why I am ethically unable to “review,” as it were, the new Anchor Bay DVD set for the first season of Doogie Howser, M.D.. And that reason is that the title character is actually my long lost, separated-at-birth twin brother. This shocking secret was revealed to me in 1990 when I noticed that a lot of my peers (and more of my tormenters) had taken to cat-calling me in the playground with: “Hey, Doogie! When are you gonna have sex with Wanda?” Not having been exposed, yet, to my brother Doogie’s ABC dramedy series, I spent a rough few weeks terrified that they were referring to Wanda Kirby, a developmentally disabled sixth grader as well as my school’s most prominent fatty boom-batty. (No, not the 420 kind…the 420-pound kind.) Eventually, I caught an episode of the show that put those fears to rest and, in their place, unlocked a completely new legacy of lies and betrayal. My parents sat me down and explained to me that the late ’70s had been a tough time, and when Doogie and I were born, they were financially forced to give one of us up for adoption. I was almost too distracted by the revelation to hear my dad mutter: “And now it looks like we gave away the wrong one.” Doogie’s first few years of life must’ve been brutal. His opportunistic adoptive parents were hell bent on turning my brother into a boy genius. They even took him into an experimental neurological cosmetic surgery laboratory that left him almost unrecognizable as my twin.

Caption: left: Doogie, still deformed even years after his operation; right: My third grade class photo; the only recognizable psychic bond we shared as twins was our taste for striped polo shirts.

Puberty transmogrified poor Doog’s malformed cranium back relatively close to its intended shape, and by the time he had graduated from medical school, the resemblance between us had once again become practically undeniable.

Caption: left: Doogie, finally finding happiness as a mid-pubescent doctor with his own TV series; right: Me, happy whenever I can win a bet with my schoolyard chums for a 3 Muskateers bar, and the deep mistrust for my parents still a clear read on my face.

As Doogie’s popular series continued its run on ABC, questions would pop into my head, not unlike popcorn in our shared Jiffy Pop hairstyle. These questions had little to do with his radical intelligence (I could’ve cared less what his scholastic record was, back in the day; I was just pleased knowing that I was better at piano than him) or his best bud Vinnie (I too had a best bud with whom I was constantly flirting and talking about sex, although the outcome of that particular element of my life would’ve been deemed illegal for public or private distribution). Rather, I kept asking myself if he, too, had to endure the taunting insistence of his classmates that his slanty eyes betrayed his secretly Asian lineage. I bet he did, and since I no longer trusted my parents at their word, I also refused to discount the possibility that his parents weren’t the same couple I’d come to know as my own. Given our slanted eyes and our hair’s tendency to blow out into wild afro poofs, I thought it was possible that we were identical albino Pinky Poops. (Go ahead and look that up at the Racial Slur Database.) These questions kept me up at night nearly as often as sessions of marathon masturbation, so I collected as many clippings as I could find. Unfortunately, they only repeated the mythology that had been duly established by that damned ABC series, which mocked my anguish with its wry blend of comedy and adolescent pathos.

Caption: left: Doogie, getting the standard, breathless rimjob coverage over his astonishing academic career; right: Hey, he wasn’t the only one getting his name in print…check this little clipping from my stint as a kid actor at a local dinner theater. Oh, what? Who’s that below me? Why it’s the kid who played William H. Macy’s son in Fargo, that’s who. Top that, Doogie!

Unfortunately, by the time I had uncovered the very long paper trail that proved the genetic bond between Doogie and I, fame and success had gone to his head, but we’ve shared a few phone calls, peppered with the sort of awkward silences, lurking hostility, and guarded sexual confessions that I’m sure must plague the communication of every set of estranged, sexually ambiguous identical twins who have had both mileage and biological augmentation come between them. By the time we had reached adulthood, I’d basically given up on the possibility of ever reconciling our violated brotherhood. So thanks, Anchor Bay, for once again rubbing my nose in what has proven to be the most difficult chapter of my life.

Caption: left: me, blowing out the candles of my 18th birthday cake and pointedly not wearing college gear from Doogie’s alma mater Princeton; right: Doogie’s debut into “The Legal Years” took on an entirely different tone.)

Doogie Howser was shot in that patented thirtysomething/Wonder Years-esque ABC soft focus faux-film look. So it’s hardly a surprise that, despite their best efforts, Anchor Bay’s video transfers have a shockingly limited color range, very limited detail, and weak black levels. It’s not disastrous or anything. In fact, it probably looks pretty much like it did when the episodes first aired. But don’t expect reference quality. Same goes for the limp audio presentation.

Nothing much, except for about a half hour’s worth of interview footage with Doogie himself (loquacious as ever) and Steven Bochco.

Judge for yourself. I’m late for my appointment to get my head examined.

Uncoupled Review: A Gay Dramedy That Feels Too Betwixt and Between