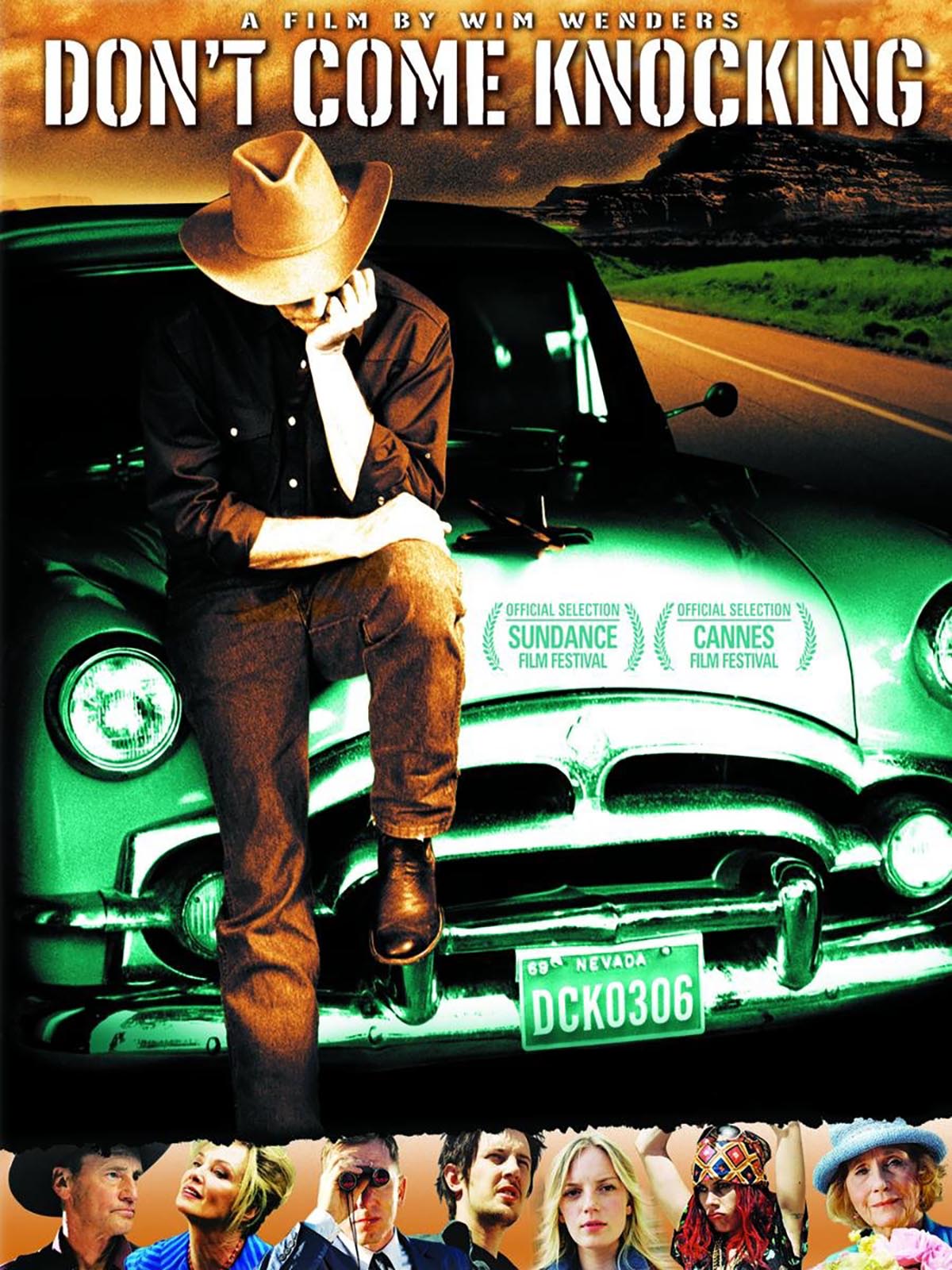 More than 20 years ago, Wim Wenders and Sam Shepard made a near-great film, Paris, Texas, and a lot of its quality came from the central performance of Harry Dean Stanton. In Don’t Come Knocking, the second collaboration between Wenders and Shepard, the latter plays the lead himself. He’s still a very handsome, striking man, but emotionally he’s blocked. That’s what the story of the film is really about, but Shepard can’t play repression as an actor, as he’s unable to make his character’s plight moving or convincing.

Shepard’s Howard Spence is supposed to be a hard-living cowboy star on the skids, yet what movie star from the ‘70s onward ever made a career out of westerns? When Howard bolts the set of his latest film, he calls his mother (Eva Marie Saint), a woman he hasn’t seen or spoken to in 30 years, and she simply welcomes him back home without any fuss at all. After three decades, all she can manage is a “What was your trouble, son?” attitude. She also provides some handy plot exposition, as he has a child he didn’t know about. Saint doesn’t seem to know how to play her role, but who can blame her? This isn’t meant to be a realistic film, but its succession of improbabilities feels lazy rather than intuitive.

Howard tracks down Doreen (Jessica Lange), a waitress who had his son. Lange grounds the film in her first few scenes with a palpable sense of wariness and absentminded regret, and Shepard’s performance improves when he’s with her. But Lange can never resist a pyrotechnical display of emotion for its own sake. In her big scene with Howard, where she tells him off, Lange is so chaotic and over the top, laughing, howling, sneering, and weeping all at once, that Wenders keeps cutting away from her, as if he’s embarrassed. The film, which had steadily improved with her first appearance, never recovers. As a director, Wenders tries hard to imbue this piece with mood and substance, and he enjoys shooting the lonely streets of Butte, Montana in nicely balanced widescreen compositions, but Shepard’s screenplay defeats him.

This is just another male menopause movie, marred by unlikely dialogue and hokey theatrical symbolism. Shepard’s Howard, the debauched movie star, worries that he isn’t the man his father was, and has the suspicion that acting in front of a camera isn’t manly; it isn’t authentic, and it’s left him without roots. Shepard’s concerns are from a different age, and they weren’t all that interesting 60 years ago. The other side of the story is dishonest: Instead of stardom, drugs, and unlimited sex, all Howard really wants is a Home. This is the vagrant dream of a self-pitying drunk, a passing fancy, and not worthy of a film. As a writer, Shepard seems to have lost touch with his real talent. Though his themes are still present in his recent work, they seem half-hearted, drained of all energy. His preoccupations had a unique tension and coiled sexuality on stage, but on film all that’s left is pretension and vague longings for hard, distant men and comforting, unreflective women.

The sound is lush and the image is succulent, but there may be too many hues in cinematographer Franz Lustig’s striking color palette for any DVD to reasonably handle. Shadow delineation, color saturation, and skin tones are great, but combing, chroma noise, and edge enhancement are visible in spots.

“Nothing phony in this shot,” says Wim Wenders on his commentary track, and he’s right. This is a casually profound account of Don’t Come Knocking’s gestation and birth, filled with interesting anecdotes and acknowledgements of influence; Wenders says a Joan Crawford line about people, ostensibly from Johnny Guitar, crucially shaped this film’s essence. Equally revealing: an 18-minute interview between Wenders, Jessica Lange, and Gabriel Mann at the film’s NY premiere at the DGA, which ends with an arresting dissection of the fight between Lange and Mann’s characters outside the restaurant the woman works at; a Sundance featurette which mixes interviews with the actors with footage of a downtrodden Wenders talking about the difficulty of bringing the film to the screen; and an excellent interview with Wenders and Eva Marie Saint, who speaks profoundly about the film and Wenders’s talent, likening the man’s vision to that of Edward Hopper’s.