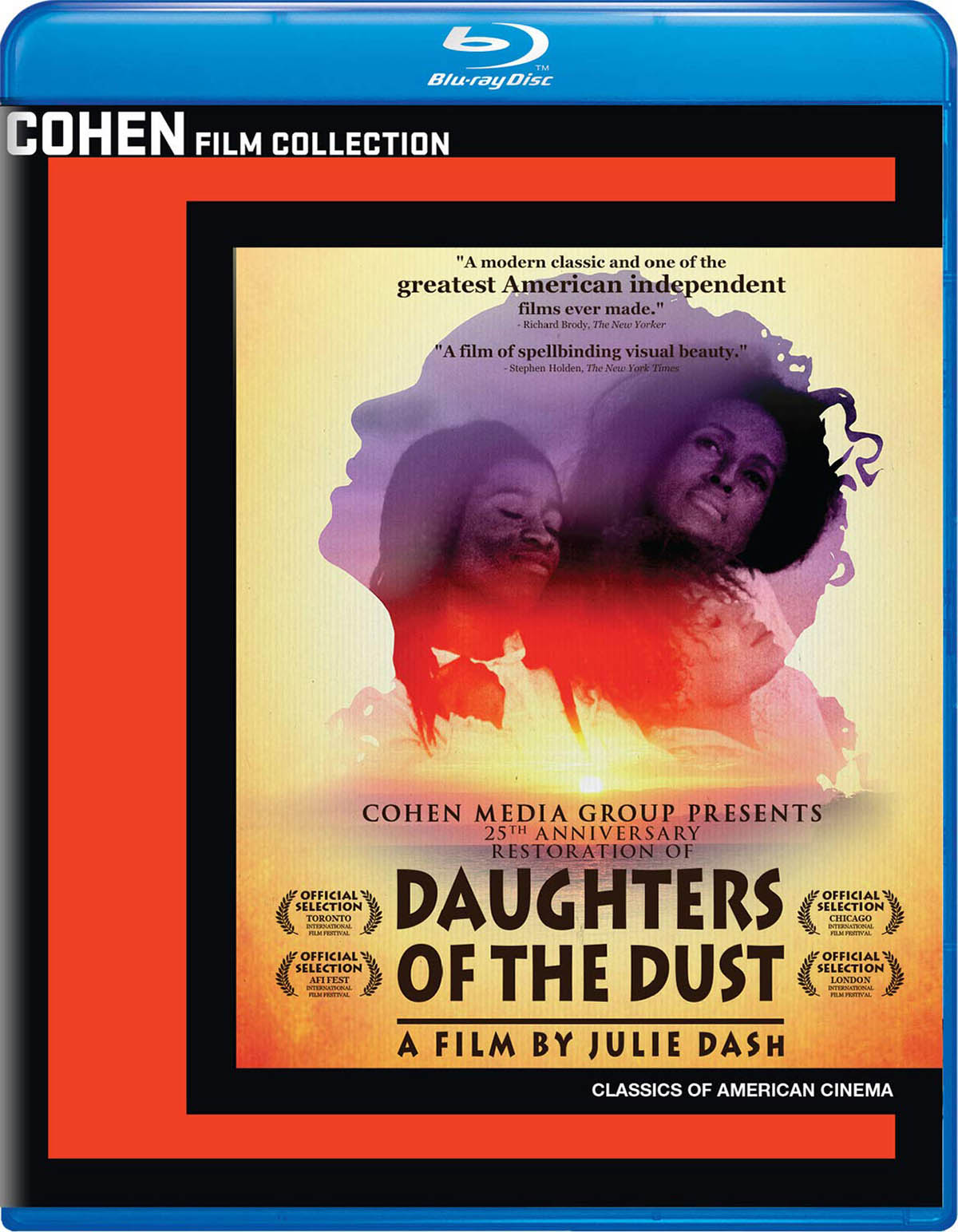 Set in 1902 at Ibo Landing, Julie Dash’s Daughters of the Dust cunningly transitions between being, on the one hand, a conventional heritage film fitted with ample, period-specific production detail and, on the other, a provocation of the audience with poetic passages that let narrative certainty hang in the balance. The approach runs counter to, say, that of Mister Johnson, itself a period piece which unfolds as though its ideas have already been settled beforehand. That film, also released in 1991, is classically shot, structured, and edited, but it becomes less a challenge to either the audience or conventional history than a predetermined vehicle to reinforce those perceptions. By playing loose with time and skipping across geographical space to allow voices exterior to the immediate proceedings a perspective, Dash conceives a work of art that’s as much a cinematic probe, and a challenge to mythologizing past eras, as it is an ancestral history lesson.

Which isn’t to say that Dash doesn’t deal in passages that have a mythologizing potential. The film’s opening, slow-motion image of dirt pouring out from a pair of open hands asks to be understood as an immediate symbol for the sanctity of land ownership. Similarly, the opening narrator announces herself as a series of contradictions, both honored and scorned, a whore and the holy one, a wife and a virgin, to cite a few. Taken in combination, Dash’s aesthetic choices become a useful primer on the film’s resignation for absolute meaning. In fact, the opening storytelling strokes are so obtuse and deliberately paradoxical that they give a false impression for Dash’s interests in history, which don’t subsequently skew abstract, but sensual in her attunement to the ground-level, bodily struggle of black women in America.

That much becomes clear throughout the film’s first third, as a small boat makes its way to Ibo Landing on St. Simons Island, which is inhabited by Nana Peazant (Cora Lee Day), a Gullah matriarch whose multiple daughters and granddaughters all live with her on the beaches and surrounding terrain. The boat carries, among others, Viola (Cheryl Lynn Bruce), one of Nana’s granddaughters, who’s returning to the family’s home for a reunion, since several members of the family will be moving to an unspecified location in the northern United States within the coming days. In this early scene, Dash focuses on character decorum and agrarian setting in a manner that parallels early-20th-century literature, particularly that of Joseph Conrad (think Lord Jim) in its fixation on realism as a matter of intricate detail. Of course, Dash is not seeking to reinforce the aesthetic interests of Conrad; rather, elliptical edits and unbalanced framings help to refute a colonialist style of realism.

Accordingly, every scene in Daughters of the Dust operates on at least three levels. As a narrative, the Peazant family’s reckoning with the stakes of their impending migration recovers a portion of a period of American history that’s been roundly neglected by all dominant accounts of America at the turn of the 20th century. As autobiography, Dash’s creole-accented father, whose family moved to New York from the sea islands in the Southeastern Atlantic Ocean coast, serves as the film’s impetus, yet the Gullah characters aren’t modeled on historical people; they’re creations based upon Dash’s research. Unlike conventional accounts of the past that often lean on claims of verisimilitude for their cultural clout, Daughters of the Dust roundly rebukes any such possibility of authenticity. In turn, such a move away from trying to serve as a replication of the historical record makes the film as much about Dash herself, whose rejection by Hollywood throughout the 1980s made the project’s realization unachievable. Thus, the impossible telling of the tale is mirrored by an impossible tale, in the sense that the film pushes against being made accessible beyond Dash’s own artistic interests.

Daughters of the Dust deploys visual flourishes that speak, like the characters, to the terrain of Ibo Landing. Dash shoots the St. Simons Island’s sands with a constantly mobile camera, with characters often flushed to the right side of the frame. Conversations occur to the beat of whirring wind and alternate between exchanges of shouts and whispers. Dash never stays within a scene for too long, which gives added emphasis to a late monologue by Eula (Alva Rogers), who questions the island’s purity and explicitly dismisses the idea that she, or the entire Peazant family, can feel unified with any body of land because of “the shackles on our feet.” Her plea for opportunity and the expenditure of tradition should be understood as Dash’s own. As Eula gathers, arm in arm with Nana and the rest of her family, the film renovates the 89 years separating past from present and asks that this family, and Dash herself, be an instrument for change, not a relic forgotten by the sands of time.

The image offers an extraordinary range of colors and textures, which is important to a film that’s so aware of the intersection between politics and mythic representation. Brown skin is rendered in Daughters of the Dust with a subtlety and fluidity that shames most Hollywood films. White, another tricky color to cinematically capture, contrasts elegantly here with the characters’ skin tones, fostering a warm and dynamic color relationship. (The characters frequently wear aging white dresses, their Sunday best.) Shadows and eyes have a revelatory new depth and clarity, and the greens and auburns of the island radiate a tranquil softness. There are certain flaws and blemishes that are inherent to the source material, which add to the film’s visual character, namely varying clarity and grain structure. This is a rapturously beautiful and important restoration, complemented by a complex soundtrack that delicately and coherently balances the noises of the island with the on-screen dialogue with two voiceover narrations with John Barnes’s score, which is, itself, an intricate tapestry of the musical heritages of many cultures.

Throughout the new interviews and audio commentary that were recorded in celebration of Daughters of the Dust’s 25th anniversary, director Julie Dash asserts and reasserts her aim to “reimagine history,” broadening our conception of American slavery to accommodate images that aren’t of chains, whippings, and so forth. Across the supplements, Dash discusses the details she chose for her film, which were uncovered from considerable research and are often unacknowledged by pop culture. For instance, while cotton, tobacco, and rice are commonly discussed as cash crops farmed by the colonies, indigo processing was another huge business. So Dash chose to represent the past enslavement of her elder characters through their hands, which are permanently stained a hue of blue. The film abounds in this sort of detail, imbuing it with a sense of hyperreal poetry that’s head-spinning, and, for the uninitiated, potentially baffling. These supplements are valuable as an orienting primer for viewers who’re barely acquainted with the Gullah community of the narrative, then, and there’s no weak link among the featurettes. Dash is passionate and erudite throughout, while cinematographer Arthur Jafa offers technical context of the film’s production, as well as thoughts on its thematic resonance and cultural importance.

Blu-ray Review: George Stevens’s Woman of the Year on the Criterion Collection