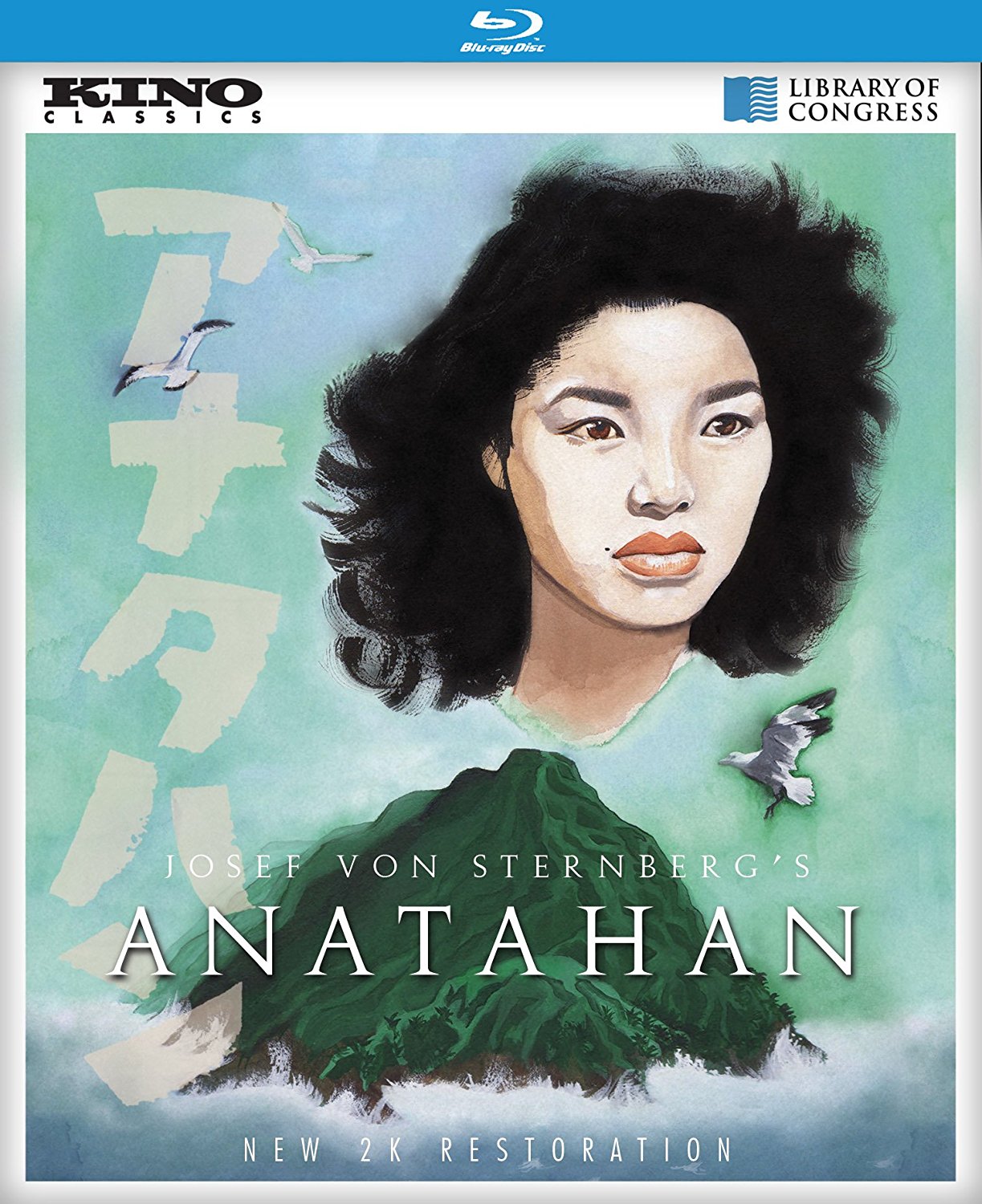 A jarring contradiction lies at the heart of Josef von Sternberg’s mesmeric WWII-period curio Anatahan. The setting of the film is a flagrantly artificial jungle environment photographed, as voluntarily clarified by a title screen, “in a studio constructed for this purpose in Kyoto,” while at the same time Sternberg models the film like a documentary record, going out of his way to neutralize the sensationalism of his ripped-from-the-headlines premise. To the extent that makers of narrative cinema generally fall on either side of a line separating unabashed illusionism from the willful acknowledgment of all that lies outside the screen, Sternberg plays not so much in the middle as on both margins at once, reveling in the cognitive dissonance that it entails, and Anatahan is all the more radically destabilizing as a result.

The film’s starting point is the real historical incident of a Japanese squadron found stranded alive on the titular island years after the defeat of their army. What Sternberg freely imagines are the seven years of toil and hardship endured by these men while separated from their homeland, which constitutes an act of speculative empathy that puts the project squarely in the realm of storytelling. Complicating this understanding, however, is the filmmaker’s decision to narrate the tale himself in a droll tone that pinballs between Job-like questioning, poetic musing, and impartial reportage, including the use of such documentary-tinged phrases as “we can only reconstruct the events” and “we can only surmise what happened.”

Sternberg the narrator uses the first person to situate himself as a member of the dramatic ensemble, though it’s never addressed whose consciousness he’s supposed to represent, or if indeed he even has a physical counterpart. Atop this ambiguously Jungian narrator, Sternberg then opts to leave the characters’ Japanese dialogue unsubtitled, which only further impedes emotional identification with the beached soldiers. What we’re left with is an implicit directive to observe as though assembling a field report, even as it’s demonstrably clear that we’re watching is a scenario that’s been carefully staged and presented to us in a highly specific manner—namely, Sternberg’s lush, overripe mise-en-scène, which tends toward theatrical lighting, painted backdrops, and stringently arranged tableaux.

All of these formal quirks make Anatahan quite the cutting-edge accomplishment for 1953, though the film hardly gives the impression of a work made for aesthetes alone. On the contrary, Sternberg’s distancing maneuvers imply humility in the face of a story far outside his lived experience, and it’s a vantage point that enables the director to very directly probe existential questions that long consumed him. What are the benefits and pratfalls of community? What are the perils of manhood? How is power assumed and abused? When one flirts with barbarism, can dignity and self-worth be restored? And does nature give a damn about any of this?

The last question is answered early and often in recurring cutaways to waves crashing on imposing black rocks, which throw into relief the comparatively diminutive trials of the castaways—and, as some of the only location shots in the film, call to mind the unforgiving Irish coastlines of Robert Flaherty’s Man of Aran. The other thematic prompts, meanwhile, aren’t so emphatically resolved. Sternberg instead funnels them through his spare dramatic scenarios, on top of which he lays inquisitive voiceover counterpoint. In spacious group framings, we see men fawn, bicker, and kill over Keiko (Akemi Negishi), the lone female of the group and the fragile soul of the film. We see them develop their homely living quarters, composed of bamboo and covered by the unwieldy overgrowth of the jungle itself. We see them weather storms, carry out prayers and songs, and gaze desperately at the sea with the kind of posed stillness that Guy Maddin would pay tribute to in The Forbidden Room.

Through it all, Anatahan’s abundant foliage is exploited for myriad pictorial effects, whether to cast noirish slices of shadow across actors’ faces or to conceal and reveal certain details within the frame. Other times, provocative statements are smuggled in by Sternberg through framing alone, such as when one soldier’s pistol, placed at phallus level, enters the top half of a shot of Keiko kneeling on the ground, a juxtaposition that conflates sexual assault with the rise to political power (a timeless congruence indeed). Akira Ifukube’s anxious, dirge-like music, a near-constant whine of tremolo violins and descending piano melodies, coats these fraught visuals in an additional layer of gloom, setting a mood best summed up by Sternberg himself: “The only real enemy most of us ever have is lonesomeness.”

Despite some scratchy B-roll footage that opens Anatahan, the film looks sterling in Kino Lorber’s 2K-restored transfer. The Blu-ray maximizes the detail of Josef von Sternberg’s deep-focus shots of the plantation’s knotty structure, half-reclaimed by the forest, and of the trees themselves as they crisscross to form splinters of shadow. White and black levels are balanced throughout, maintaining the richness of the high-contrast photography. Sound is less impressive, given that the actors’ natural Japanese speech and ambient effects are muffled under the narration and score, but it lacks any noticeable hiss or any other such technical issues.

By default, the disc plays the film’s 1958 director’s cut, but it also includes the original, more censored theatrical version from 1953. An accompanying video comparing the two versions relies on clips themselves to reveal the 1958 cut’s more primal, lustful tone. Elsewhere, von Sternberg’s son, Nicholas von Sternberg, reminisces about the production (during which time he was only a toddler) and shows off many production notes and photos. Tag Gallagher contributes a video essay that applies his blend of close reading, empathic projection, and playful curiosity to the film’s mythological elementalism. Among other observations, Gallagher ties the visually led story back to the director’s reliance on storyboards to communicate with his Japanese cast and crew. Outtakes and U.S. Navy footage round out the package with a combination of fictive and real material to provide more context to the film.

Josef von Sternberg’s final feature receives a sparkling Blu-ray, marking it as the best-looking home-video release yet of the director’s work.