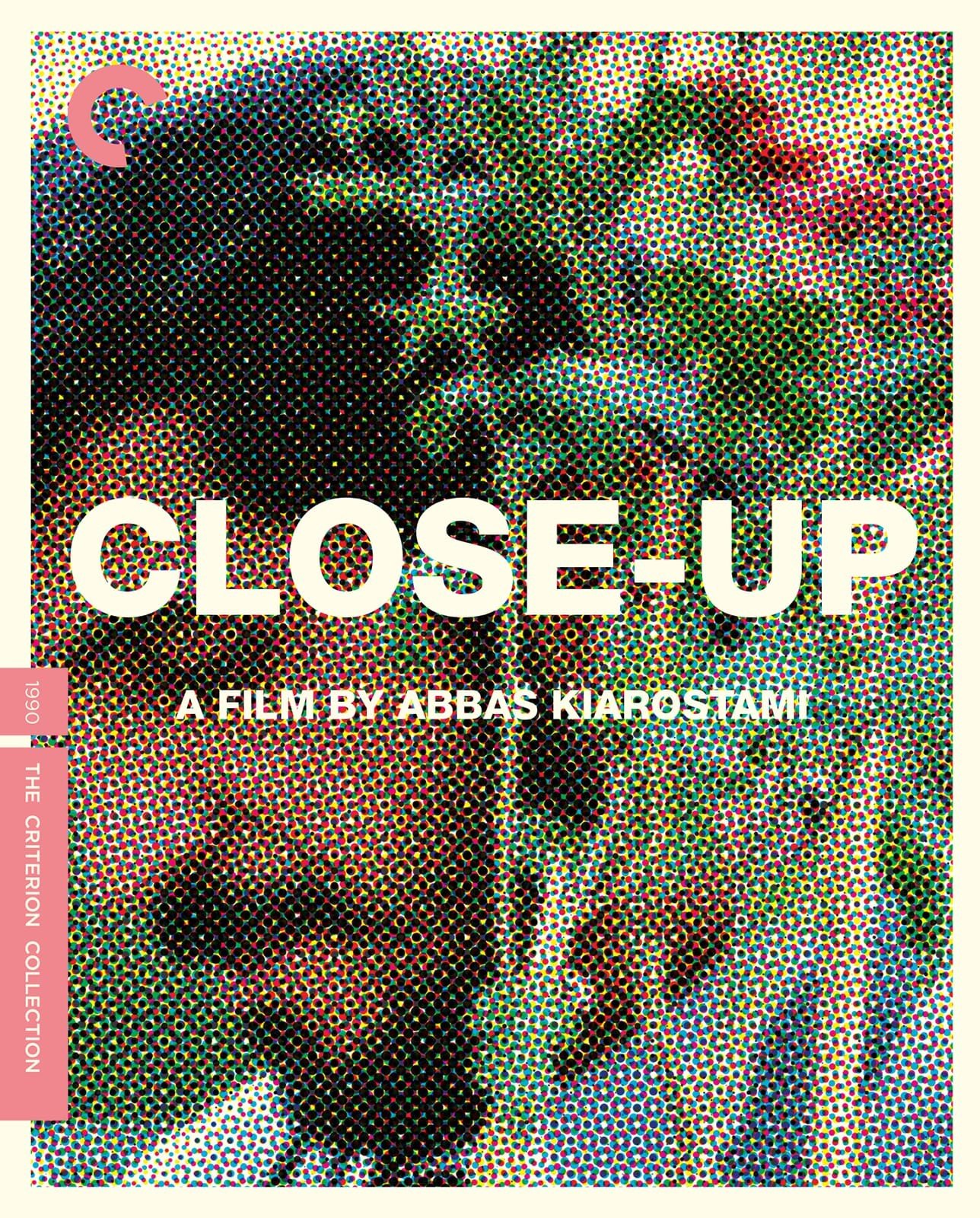 No one but Abbas Kiarostami seemed capable of recognizing the significance of one Hossein Sabzian’s affront to realism in cinema when he took on Mohsen Makhmalbaf’s namesake. Call it what you will (documentary, mockumentary, self-fulfilling prophecy), Close-Up is still the definitive film-on-film commentary. At its simplest, Kiarostami’s masterpiece tackles Sabzian’s moral justification for taking on Makhmalbaf’s identity (for him, it arose from his love of the arts). Close-Up’s genius, though, is not that it suggests that there’s no legal and/or moral justification for Sabzian’s actions, but that Sabzian’s defense is impossible to fathom unless the spectator can share the man’s passion for art as cultural and intellectual emancipator.

Mr. Farazmad, a reporter for Sorush Magazine, is driven to the home of Mr. Ahankhah, whose family has been duped by the imposter Sabzian. Farazmad tells his driver, “It’s a strange story. Well, it seems someone has been passing himself off as Mohsen Makmalbaf. You know him?” The driver does not and couldn’t care less, as he doesn’t watch films. Much like the judge who fails to understand Kiarostami’s interest in Sabzian’s case, the driver manages to shatter spectator presumptions. Despite the Iranian film’s preeminent place in the cinematic spotlight, many citizens of Iran remain ignorant of their auteurs. Therefore, a reading of Close-Up along socio-political lines is essential considering the authenticity of Sabzian’s intent to fraud a community into becoming part of their nationalist cinema.

Farazmad doesn’t know how to get to the Ahankhah home on Golzar Avenue, asking a man on the side of the road for directions only to be offered a turkey instead. This humorous moment, coupled with a scene where the driver rolls an aerosol can down a slope, seems to involve the spectator in Kiarostami’s realist cinema just as the director actively question his own aesthetic approach. Before entering the Ahankhah home, Farazmad must find a tape recorder so he can interview the Ahankhah family. After knocking on the doors of several homes, Farazmad manages to find the device. Less important than losing his job is the fear of not being able to render a moment authentic in the absence of recorded evidence. Then, a credit sequence that challenges, blurs, and complicates any perception the spectator may have of realist cinema: Close-Up may be based on a true story, but its actors are all playing themselves.

The headline reads: “Bogus Makhmalbaf Arrested.” Farazmad doesn’t understand Sabzian’s intentions, only that the poseur was religious and surrendered without struggle. Sabzian asks that Kiarostami record his suffering, to be allowed an audience to his passion (for cinema, for humanity). Kiarostami asks permission to record Sabzian’s court trial as well. The judge agrees, but not without some confusion: “There’s nothing about this case that is worth filming.” Who, then, but a rabid film lover will ever shed a tear for Sabzian’s predicament? He was so consumed by the purity and urgency of his country’s cinema that becoming Makhmalbaf meant becoming part of an elite group of men responsible for indoctrinating people to art and, as a result, the world.

Before shooting Sabzian’s confession, Kiarostami permits and explains the use of his close-up lens. The moment may go over the heads of judges and witnesses, but Sabzian and Kiarostami share a common interest in cinema and its technique. Kiarostami’s close-up, in the end, should not be taken merely as a recording of history, but as a measure of truth through the intimacy and closeness of the camera. Kiarostami recreates moments from Sabzian’s deception, honoring the man’s sad but noble transformation into Makhmalbaf. Sabzian rides a local bus just moments after having purchased the screenplay to The Cyclist, and rather than tell Miss Ahankhah where he purchased the book, he claims that he’s the author. The grip of his lie is instantaneous: Miss Ahankhah asks why a director of his stature must use public transportation, leaving Sabzian (alias Makhmalbaf) to explain that he is merely scouting for new material.

Sabzian is, of course, eventually caught. Forced to patiently wait for the arrival of Mr. Farazmad and a pair of police officers, he must sit inside the Ahankhah living room with a humbling, haunting long shot as his only witness. Sabzian fully expects his moment of capture. Indeed, he’s already novelized it in his head. He calls it The Last Capture: The surrender of a man whose fraud was to get a family to go to the cinema. Any other filmmaker would have would have spun this story into something wholly absurd. Kiarostami, instead, recognizes the naked, political humanity of a man who must pretend to be another man in order to be seen and heard. He understands because it is his cinema (and, therefore, the cinema of Iran) that has excited and motivated Sabzian to action.

For Sabzian, there certainly can’t be any higher form of forgiveness than receiving comfort from the very man he tried to impersonate. Falling into the arms of a gentle Makhmalbaf, a tearful Sabzian must once more struggle with the poverty of his importance. Makhmalbaf asks, “Do you prefer being Makhmalbaf or Sabzian?” Sabzian could have taken on any other name (Kiarostami, Majidi, Panahi), but his plight remains the same. He replies, “I’m tired of being me.” As if Close-Up couldn’t possibly be any more dense, Makhmalbaf’s encounter with Sabzian is recorded with faulty audio equipment. Sabzian clings to Makhmalbaf’s back as they ride toward the Ahankhah home on the director’s motorbike. Their conversation cuts in and out. It doesn’t matter, though, for the intimacy of their closeness is so authentic and real it almost hurts.

If you own or, like me, recently discarded the Facets version of Close-Up in anticipation of this Criterion Collection two-disc deluxe edition, the night-and-day differences are immediately and strikingly apparent. The level of detail—the attention paid to conveying the color and texture of human skin as accurately as possible—is so phenomenal (most apparent in the film’s famous bus sequence) as to be considered obsessive. (Throughout the film’s 98-minute running time, I noticed only a handful of scratches, in addition to one or two instances of edge enhancement, and even those “flaws” occur within film-within-a-film sequences.) By comparison, the audio isn’t exactly a revelation, but for what is a very “talky movie” (Jonathan Rosenbaum’s words), it is clear from beginning to end, free of pops and hisses and other similar such aural intrusions.

On disc one, an intelligent but carefree commentary by critic Jonathan Rosenbaum and filmmaker and professor Mehrnaz Saeed-Vafa, both of whom shed illuminating light on the film’s evolution, reception, and legacy, its central controversial figure, and the lives and careers of Abbas Kiarostami and Mohsen Makhmalbaf. It’s a mercifully un-academic appreciation of a heady cinematic text, filled with much political context, social observation, and revealing anecdotes (like Rosenbaum recalling a story of Godfrey Cheshire’s regarding how one of the film’s reels were played in the wrong order and how the error made Kiarostami rethink the editing of the film). Also generously included on the first disc is Kiarostami’s first feature, The Traveler (first, that is, if you don’t include the 60-minute Tadjrebeh from 1973), the joyful and, finally, bittersweet story of a boy discovering himself and falling in love with the shadows and light of the world on his way to Tehran to watch a football game (soccer to us Americans).

Disc two begins with “Close-Up: Long Shot,” a poignant 44-minute documentary recorded six years after Close-Up was made, focusing on the enigma that is Hossein Sabzian, his life, family, presence, obsessions, and self-worth. Kiarostami shares his memories of Sabzian, and ruminates on the impact of Close-Up on his career, in a 27-minute interview shot in Marrakech in 2009 while the director was there serving as president of the Marrakech Film Festival. And Kiarostami is again the focus of another featurette—Iranian film professor Jamsheed Akrami’s “A Walk with Kiarostami,” filmed over the course of two days at the 2001 Galway Film Festival in Ireland—that catches him further reflecting on his distinctly prismatic fixation on everything from light and water to the landscape of cities and the human face, evident in all his works from The Traveler to Certified Copy.

A beautifully designed—though perhaps too-Warholesque?—booklet included with the DVD features a lovely essay by Godfrey Cheshire, who, along with Rosenbaum, is among Kiarostami’s most devoted champions.

Kiarostami’s rapturous chimera of a film finally gets its deserved due on DVD and Blu-ray.