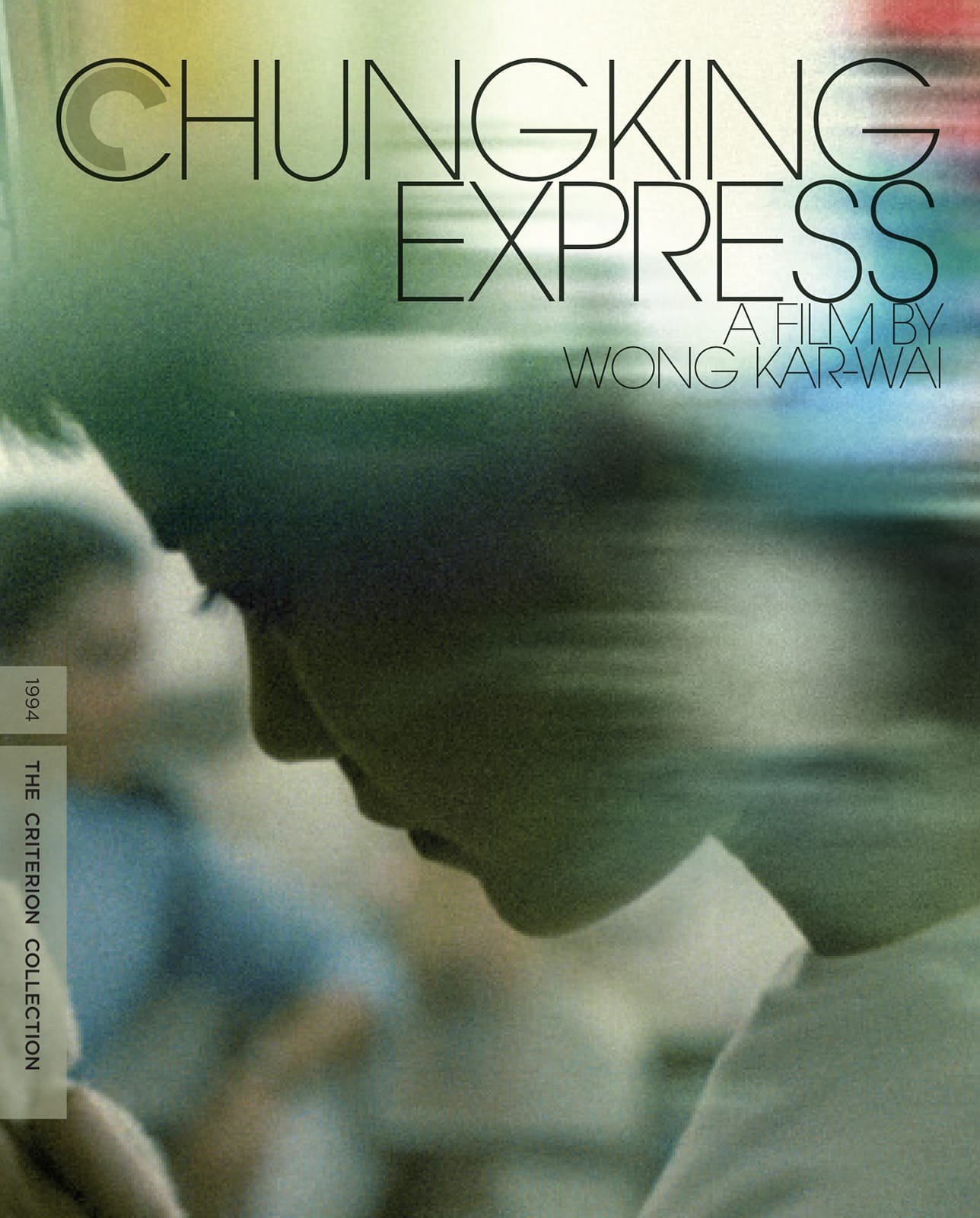 During the troubled production of Ashes of Time, which was supposed to be Wong Kar-wai’s third film, the director took some time off, sat down and did what anyone in his position would do: made another movie. And he did it with a fast-paced, highly improvisatory shooting schedule, writing pages of the script during the day and shooting them at night. The result, Chungking Express, is among Wong’s most exciting films and is an early precursor to the expressive odes to romantic longing that have come to define his work.

The title is symbolic of the film’s lively, anything-goes sensibility, representing the pair of largely unrelated stories that make up its bifurcated narrative. The first story, which takes place mostly at Chungking Mansions, focuses on a lovesick police officer, no. 223 (Takeshi Kaneshiro), pining over his ex-girlfriend May. The officer has taken to collecting cans of pineapple that expire on May 1, his birthday and the day on which he will give up on his ex. Some of these layered puns border on the precious, but annoyance is avoided through Wong’s visual style. Wong and cinematographer Christopher Doyle create a hazy, dreamlike world that, through stylistic techniques like copious use of slow motion and step printing, heighten the tension of the officer’s romantic desires.

The officer’s moping ends when he runs into a woman in a blond wig (Brigitte Lin), who Wong suggests is caught up in some sort of mob-run drug ring. No. 223 runs into the woman during the film’s opening chase sequence, and then later on in a bar, where he picks her up and takes her to a hotel room, where she promptly falls asleep. Wong treats no. 223’s lovesickness with humor (as when the officer foolishly eats dozens of cans of pineapple in one sitting) and tender sensitivity (as when he polishes the blond-wigged woman’s shoes before leaving the hotel), and he ends the segment with his typical mix of regret and romanticism. No. 223 is still alone, but he’s free to keep looking for love.

But Wong doesn’t focus on the search. Upon resolving no. 223 and the blond-wigged woman’s relationship, he ditches their story for another that more closely resembles the narratives that have dominated his recent work. Beginning at a restaurant called the Midnight Express, Chungking Express’s second half focuses on another police officer, no. 663 (Tony Leung Chiu Wai), and Faye (Faye Wong), a waitress at the restaurant who falls madly in love with the officer. No. 663, himself the victim of a recent breakup, ignores Faye, who takes up sneaking into no. 663’s apartment and cleaning it. When no. 663 discovers Faye in his apartment, it kicks off a typically Wongian romance—aching, beautiful, impermanent.

Despite the liveliness of Chungking Express’s first half, it’s this second story that catapults it into the company of Wong’s best films. As in In the Mood for Love, Wong repeatedly finds the perfect visual and aural complements to his characters’ romantic rapture, as in the stunning (goddamn stunning) slow-motion shot of Faye watching no. 663 drink a cup of coffee, or the screwball comedy of Faye’s apartment-cleaning sequences, or the ways in which Wong uses the Mamas and the Papa’s “California Dreaming” (over and over again) to express the lovers’ tumultuous relationship.

Wong sometimes gets flack for his occasionally purple dialogue (and sometimes, as in My Blueberry Nights, he damn well deserves it), but in a film like Chungking Express, words don’t matter. To Wong, love isn’t something you can talk about; words are inadequate, empty, inevitably reductive. Love is something you see, sense, feel, and Chungking Express is one of Wong’s purest evocations of its excitement and heartbreak.

A huge improvement over previous half-assed releases of the film on DVD, Criterion’s is the first to properly recreate Wong Kar-wai’s intended aspect ratio. Additionally, this is the sharpest the film has ever looked, both in clarity and in color, while maintaining its grainy, tactile qualities (and a slight green tint that cinematographer Christopher Doyle suggests was intentional). As the first release of Chungking Express to utilize 5.1 surround sound, Criterion’s disc further emphasizes Wong’s brilliant use of music as a symbol of romantic desire.

Disappointingly slight for a Criterion release. Although an audio commentary with well-regarded critic Tony Rayns is fairly fascinating, the only other notable extra is a short episode of the BBC program Moving Images, in which Wong and Doyle speak informatively but briefly about Chungking Express and the pair’s previous films, Days of Being Wild and As Tears Go By.

Though this is the best edition yet of Wong’s breakthrough, the film provides the Criterion Collection with one of its most anemic recent releases.

Review: Martin Ritt’s The Spy Who Came in from the Cold on Criterion DVD