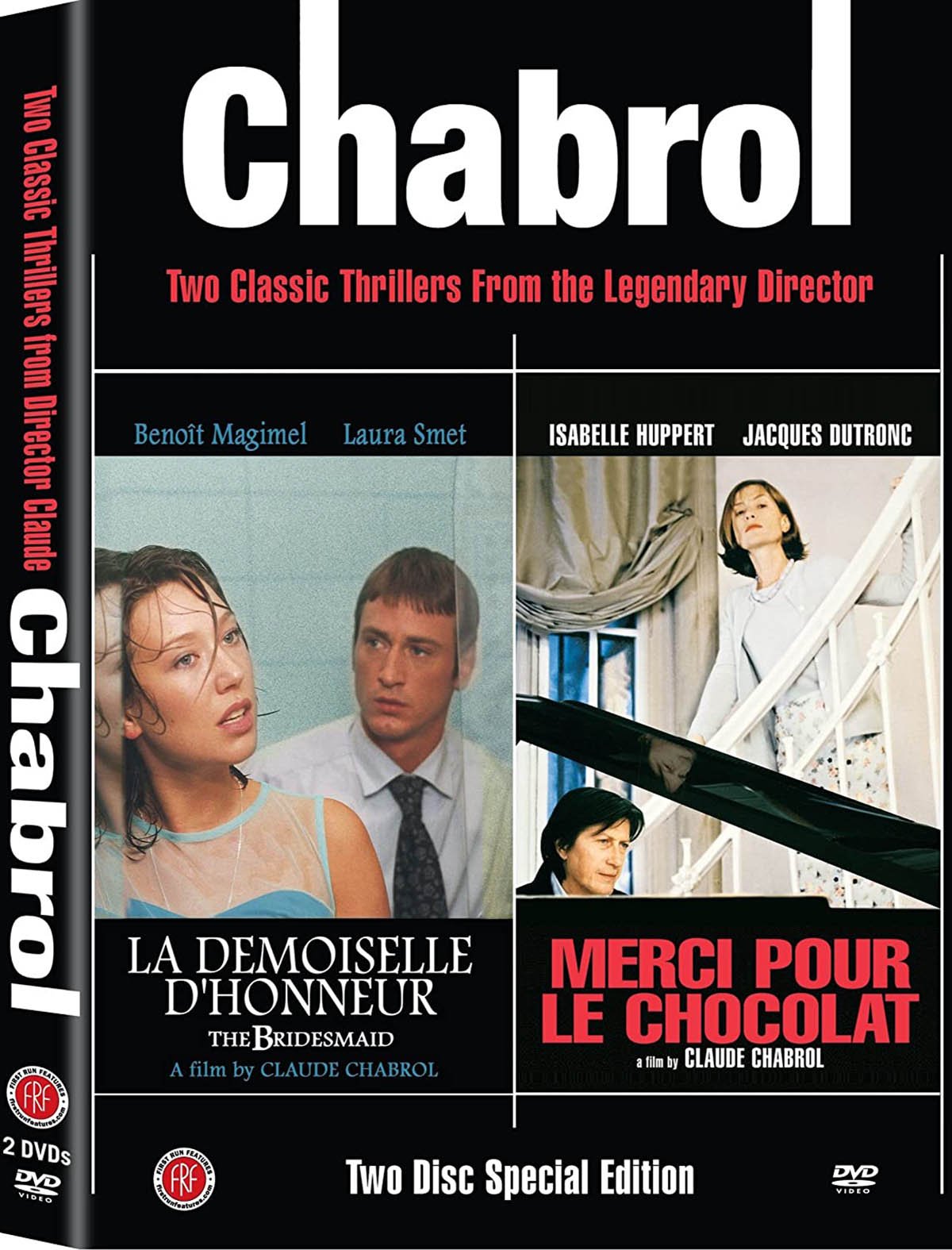 It’s difficult to read about Claude Chabrol without encountering the name of Alfred Hitchcock, another culturally sacred director primarily associated with thrillers—to indulge in a pronounced understatement. Both directors had a distrustful, satirical view of social institutions, a sophisticated (though vastly different) visual sense, and a talent for hiding personal, despairing portraits of disturbed people within the contexts of popular entertainment. Chabrol was also, of course, a part of the legendary French New Wave, a collection of filmmakers and critics who played a significant role in establishing the critical notion of Hitchcock as Master of Suspense.

Hitchcock, however, was an expressionist who played with reality in order to dramatize our deep fears of everyday things, while Chabrol’s films are told through a polished mise-en-scène that is more deceptively natural. If Hitchcock’s films are nightmares, then Chabrol’s could be said to embody those same fears as we process them awake: more rational, down to earth, and unnervingly logical. Chabrol’s good films are patient seductions; the chaos encroaches upon the characters until eventually triggering a quiet implosion that leads to a typically haunting, ambiguous conclusion that rarely lets you out of the vice. Many directors would gladly spend a 30-minute third (or fourth) act elaborately detailing a conclusion that Chabrol lets us ponder for ourselves. In this way, many of Chabrol’s films resemble short fiction.

The two films collected in this set, The Bridesmaid and Merci Pour le Chocolat, serve as an effective illustration of Chabrol’s gifts. Both films contrast, as the director says himself in an enclosed feature, the everyday solipsism of an artist or an ambitious salesman—or anyone, really—with the more advanced self-absorption of someone who could be said to be a madman. Chabrol elegantly captures the currents of varying madness that run through traditional middle-class society, scoring quiet points on widely accepted notions of safety and normalcy—namely, the glib comfort we take in divorcing ourselves from our culpability in extreme acts such as theft or blackmail or, that supreme violation, murder.

Both films feature attractive, dangerous women who turn their societies upside down out of roughly equal parts boredom and contempt. The Bridesmaid concerns a responsible, lonely young man, Philipe (Benoît Magimel), who finds himself in a whirlwind relationship with one of his sister’s mysterious bridesmaids, a carnally enticing wanderer who calls herself Senta on a whim (her real name is Stephanie) and proclaims Philipe to be her lost love immediately upon sleeping with him.

Chabrol establishes a number of unsettling motifs, particularly involving the exchanging of a bust that’s said to be of the goddess Flora. The statue belongs to Philipe’s mother, who then gives it to a boyfriend after the boyfriend remarks on its uncanny resemblance to her. That relationship soon goes sour, and so Philipe steals the bust back from his mother’s brief lover without his family’s knowledge. The bust also reminds Philipe of Senta, and on certain occasions he finds himself coddling it in his arms while in bed, even kissing it when he feels so bold. The Oedipal implication is impossible to miss—and Chabrol, knowing this, stages this subplot as a series of slyly disturbing jokes. Philipe, a responsible young man with a family changing around him (the aforementioned newly married middle sister, an increasingly bored, hostile younger sister) embraces Senta as an agent of a chaos that was perhaps inevitable. The ending is particularly disturbing because it is clearly meant as partially joyous.

The treacherous femme of Merci Pour le Chocolat is Marie-Claire, or “Mika,” and she is played by Chabrol veteran Isabelle Huppert with her characteristic air of discombobulating sexual delirium. Like a number of Huppert’s characters, you can’t tell if Mika is a monster, a fool, or some less tangible mixture of the two. The picture is framed as a mystery concerning two children potentially switched at birth, but that plot device is a red herring, as Merci Pour le Chocolat gradually reveals itself as a black comedy of manners that explores the bitterness that comes from routinely playing the role of the black sheep. There are two sets of rivals in this film: Guillaume (Rodolphe Pauly) and Jeanne (Anna Mouglalis), the potentially switched children who seem to begin a contest for Guillaume’s father’s affection, and Mika and her husband’s first wife, who died some years before under traditionally murky circumstances. Guillaume’s father and Mika’s husband are, of course, the same man, André (Jacques Dutronc), an acclaimed musician who quietly lords his ineffably French artiste chilliness over his entire family.

At first, the film seems as if it will be convoluted, with dead wives and doubles and remarriages, but Chabrol navigates the plot threads with a master’s ease, guiding the viewers toward a conclusion that was, yet again, in front of them all along. Mika is another agent of chaos, but she isn’t as imaginative or confident as Senta. Senta’s insanity is ironically empowering, releasing a number of characters from societal traps; while Mika is brittle and damaged, she could potentially represent what Senta might become a few years down the road. Mika’s web of manipulations (watch for Chabrol’s cheeky symbolism in the final image) become a cage, and Merci Pour le Chocolat ends with the family that partially nurtured her neuroses discovering her hidden capabilities, with the implication that they will reject her. But what is the rest of the family left with, even after Mika’s ousting? That kind of open question haunts many of Chabrol’s films, and this wonderful double feature is a nice way to get reacquainted with the director’s distinctive atmosphere of bemused terror.

There’s a sense that very little was done to the prints as the image is soft, lacking the clarity and contrast that one can expect from many releases these days. At least the image is thematically appropriate, as it presents a world of muddy browns and muted blues apt to the melancholy of the stories being told. The sound is fine but unremarkable.

The interviews and biographies are disposable. The feature “Claude Chabrol Directs The Bridesmaid” is short but interesting, allowing viewers to see the director fussing over the sorts of seemingly trivial details that can greatly elevate a scene. (An example being an improvised bit informing us that Philipe has borrowed his employer’s car semi-long term.)

The presentation is just okay, but Chabrol: Two Classic Thrillers is a nice way to get reacquainted with the director’s distinctive atmosphere of bemused terror.