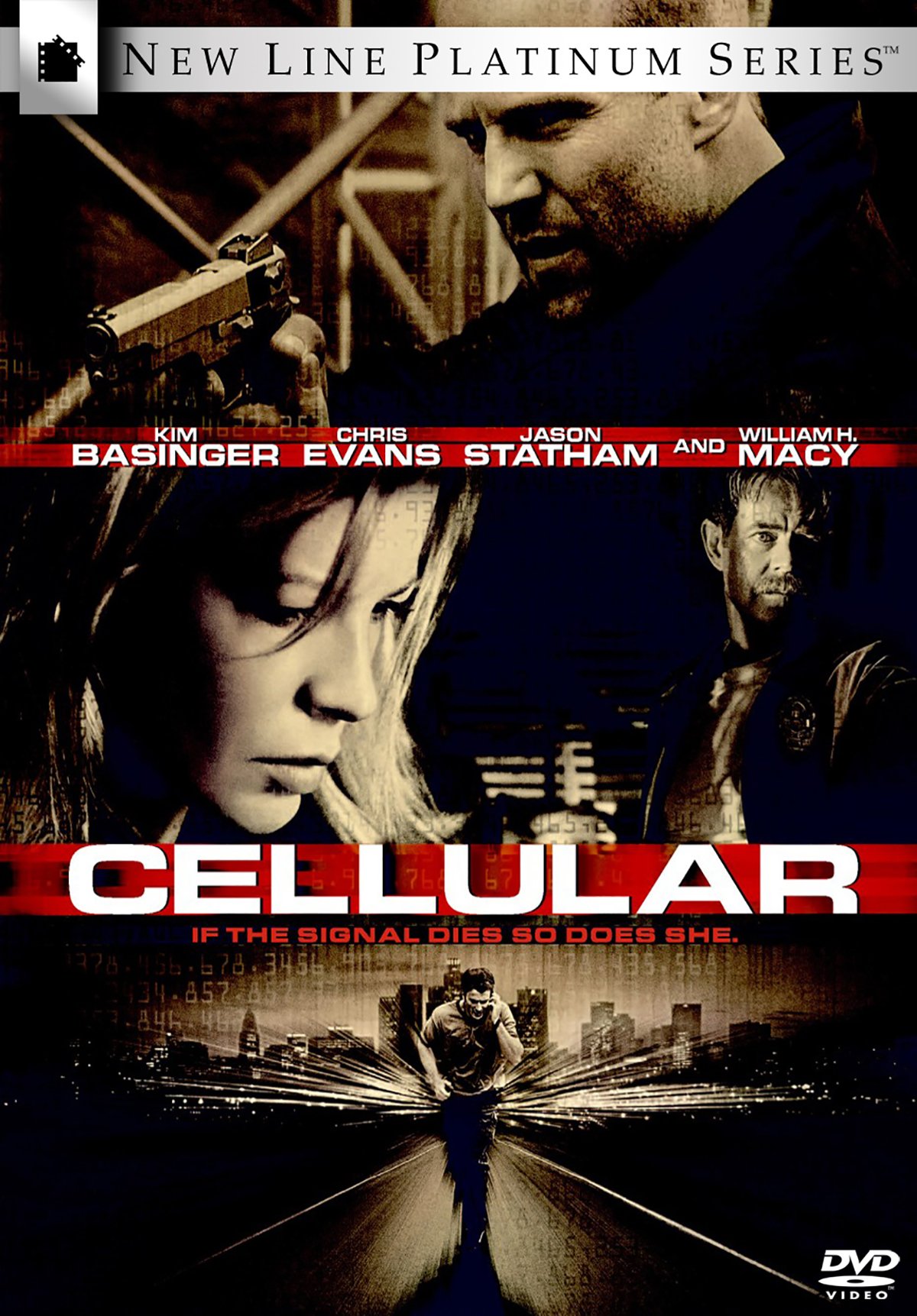 Ever answer your cellphone without first checking to see who’s calling? Me neither, but Ryan (Chris Evans), an irresponsible, undependable young stud in sunny California, apparently picks up no matter who rings his number. When a surprise caller turns out to be Jessica Martin (Kim Basinger), a biology teacher who’s been kidnapped by unknown thugs and has miraculously rewired a smashed phone to make this desperate call, Ryan’s carefree day of chilling on the boardwalk and wooing his ex-girlfriend (Jessica Biel) turns into a heroic free-for-all as he races to save the mysterious damsel in distress, her young son, and her husband from their murderous captors. Sound plausible? Of course not, and thankfully, David R. Ellis’s vigorous Cellular doesn’t bother attempting to smother its ludicrousness with a coat of realism.

Sleek, efficient, and devoid of pretense—unlike most of its box-office brethren, this thriller brazenly revels in delivering basic genre kicks—the film traces Ryan’s frenzied L.A. odyssey as he zooms across the city attempting to track down Jessica on a mobile phone that’s constantly threatening to lose its connection or peter out as a result of low battery power. Throughout, improbabilities piggyback on top of one another faster than Ryan can change stolen vehicles, from Ryan’s exceptional ability to successfully navigate vehicles through both oncoming highway traffic and a crowded construction site (not to mention a chain-link fence) to his lack of hesitation in flashing a pistol as a means of getting a store salesperson to sell him a phone charger. By the time Basinger has utilized her scholarly knowledge of the human body to thwart a would-be attacker, my eyes were thoroughly exhausted from excessive rolling. Yet one’s incredulity at the narrative’s absurd twists and turns (scripted by Chris Morgan from an idea by Phone Booth scribe Larry Cohen) doesn’t preclude enjoying the film’s substantial pleasures.

Ellis’s proficient direction helps sustain a consistently frantic, tense pace, and though Ryan’s bravery seems preposterous and out of left field, Evans proves himself to be a sufficiently charismatic leading man. While Basinger is given little to do other than sob violently and utter breathy, urgent protestations into a makeshift telephone, her portrait of desperate maternal hysteria is immeasurably more tolerable than her dreadfully affected turn as a grieving mother in the appalling The Door in the Floor. Jason Statham (as the lead kidnapper) and William H. Macy (as a cagey retiring cop) fill out their less-than-fully-realized roles with workmanlike vigor, and Rick Hoffman is amusingly smarmy as an arrogant, sarcastic lawyer whose brand new Porsche roadster is twice hijacked by Ryan. Yet at the end of the line, it’s Ellis’s dedication to providing an unrelenting series of shamelessly silly—but nonetheless entertainingly taut—B-movie set pieces (roaring car chases, public shootouts, abundant races-against-time) that makes the ridiculous Cellular ring.

Though colors are spotty during some scenes (Chris Evans’s shirt seems to bleed a little during the awesome “Sinnerman”-scored chase sequence), the image quality on this Cellular DVD is otherwise top-notch-skin tones are accurate and shadow delineation is good, with no edge enhancement problems to report. And what with the constant running, speeding, clicking, and dialing throughout the film, the Dolby Digital 5.1 surround track, not surprisingly, kicks ass.

On the DVD’s interactive menu, it explicitly says that the included commentary track features Larry Cohen, director David R. Ellis, and screenwriter Chris Morgan, but the track is actually between Ellis, his daughter Tawny Ellis (an associate producer on the film), and sister Annie Ellis (a co-stunt coordinator). It’s a lively track but nothing special. Cohen and Morgan do pop up in the features “Dialing Up Cellular” and “Celling Out,” further proof that New Line Home Entertainment takes their supplemental materials extremely serious. The former is an elaborate deconstruction of cellular phone communication featuring all sorts of experts, from telecommunications engineers to technology journalists, while the latter is a lively making-of featurette where Cohen talks at length about his motivation for the project (and how he once pitched the story to Alfred Hitchcock). “Code of Silence: Inside the Rampant Scandal” is an elaborate look at a 1999 scandal that rocked the LAPD, featuring all sorts of reenactments and interviews with journalists from the Lost Angeles Times who broke the story. Rounding out the disc is a series of deleted/alternate scenes (the concert sequences were wisely excised) and trailers for other New Line films. (Inexplicably, a trailer for The Aviator is also included here.)

One of the best Hollywood pop films of 2004, Cellular gets a handsome audio/video treatment on this New Line Platinum Series DVD.