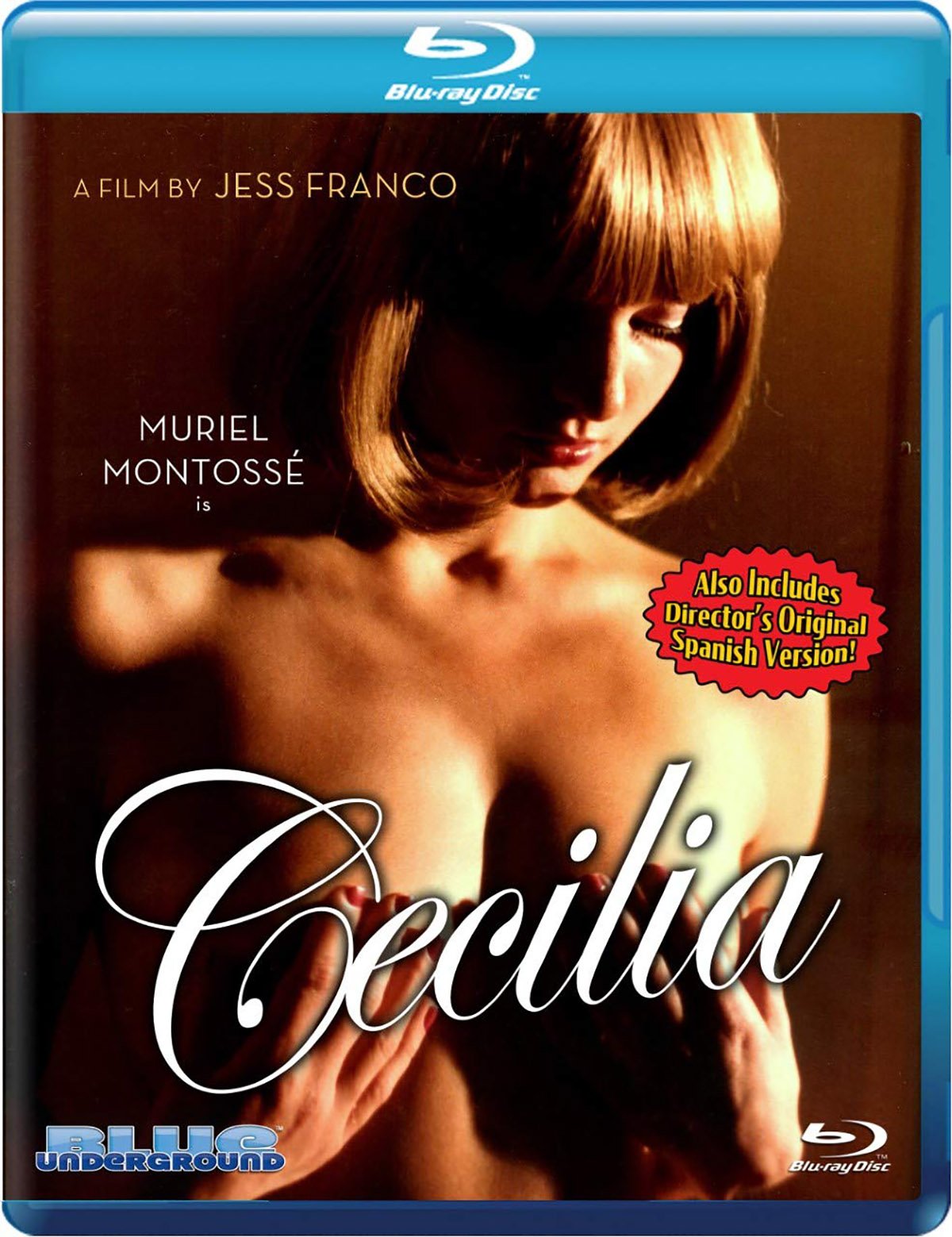 The original title of Jesús Franco’s Cecilia was the much more prescriptive Sexual Abberations of a Housewife, which naturally resulted in Blue Underground slapping a tagline on the back of their 2007 DVD recasting the entire film as recounting the travails of a “desperate housewife” (at least one season too late, at that). Crass, but Cecilia isn’t that far removed from the world of the nighttime soap. To be more specific, the film’s cloddish flashbacks, hastily photographed second-unit footage in glamorous European urban hubs, and obsessive attentiveness to the way satin gowns cling to women’s thighs all feel a tad like a cheap, horny knock-off of Dynasty.

Cecilia’s (Muriel Montossé) journey begins with a lightly De Sadean flourish: The hired help picks her up in a limo, makes as though he’s going to drive her home, and lets her taunt him with her nakedness before swerving and picking up his cousins. The three of them ravage her in a grunting, vengeful act of what could be called class-minded revolt. It would be, that is, if she didn’t realize her wilted womanly bloom suddenly yearned for her husband’s (Antonio Mayans) love injection all the more. The two come to a swift decision to live as libertines so that their stalling marriage might flourish. Apparently, the dismissal of monogamy makes them only want it more, sort of like if you have Kraft macaroni and cheese on Tuesday and the thought of having it again on Wednesday sends your body into convulsions.

While this premise has broadened both horizons and fleshly orifices in any number of other films, Franco’s flaccid direction just about kills the mood at every turn. Any residual thrust that the sexual misadventures of a married couple might have had on a mere situational level gets cold-showered by Daniel White’s demonstratively delicate keyboard diddles. Picture yours or someone else’s grandfather showing off at a Hammond on display at a Schmitt Music store, obsequiously pulling every stop, and leaning on and off the volume pedal for dramatic effect. I wasn’t even 20 minutes into the film and I wanted to pay White a quarter just to make him stop playing. Reversing the carnality of the opening scene, Cecilia sets out to prove that sex is reserved for the rich, those who can wander naked among the overripe green leaves of their immense estates. Fine, but it also means that the rich have the market cornered on bad sex.

Blue Underground presents Cecilia in a new 2K restoration, and it’s a significant improvement over the already fine-looking DVD. Colors, like those ubiquitous vegetal greens and other primary hues, really pop in 1080p. Flesh tones are warm and lifelike, and grain levels are well maintained, even in diffused shots and lowlight sequences. Cecilia comes with both English and French Master Audio mono mixes, though neither represents a truly optimal option. The English track is sometimes hilariously maladroit, while the subtitles on the French track match the English dub rather than representing whatever those folks might be saying in French.

Blue Underground includes a new HD transfer of the original Spanish-language cut of the film (with English subtitles) under the Sexual Aberrations of a Housewife title, which loses about 15 minutes of padding. Gone are the “cloddish flashbacks” to which our original reviewer justifiably objected to. Some of the stranger musical cues (like the droning church organ that accompanies the initial three-way rape scene) are also missing, making for a comparatively more satisfying viewing experience. An interview with Jesús Franco, carried over from the 2007 DVD, begins with the Spanish filmmaker flatly stating, “Cecilia does not exist,” before venting his disdain for any of the film’s various titles, noting that in the Spanish version that character is called Emmanuelle. Franco then goes into the experience of filming nude scenes on the beach in Portugal, watching Sergio Leone drop acid, and his general disinterest in attending drug-fueled parties like the one he supposedly satirizes in the film.

In a brand new interview, Franco expert Stephen Thrower delves into the filming locations, points out significant differences between the Spanish and French versions of Cecilia, and wonders about the amoral implications of the film’s questionable assertion that sexual assault might lead down the path to libidinal liberation. Finally, there’s the new feature-length documentary, Franco-Philes: Musings on Madrid’s B-Movie Maverick, that assembles a slew of critics and collaborators to discuss Franco’s immense body of work, his ability to crank out multiple films at the same time, and the ease with which he adapted to any number of commercially viable subgenres, from women in prison to Nazi zombies.