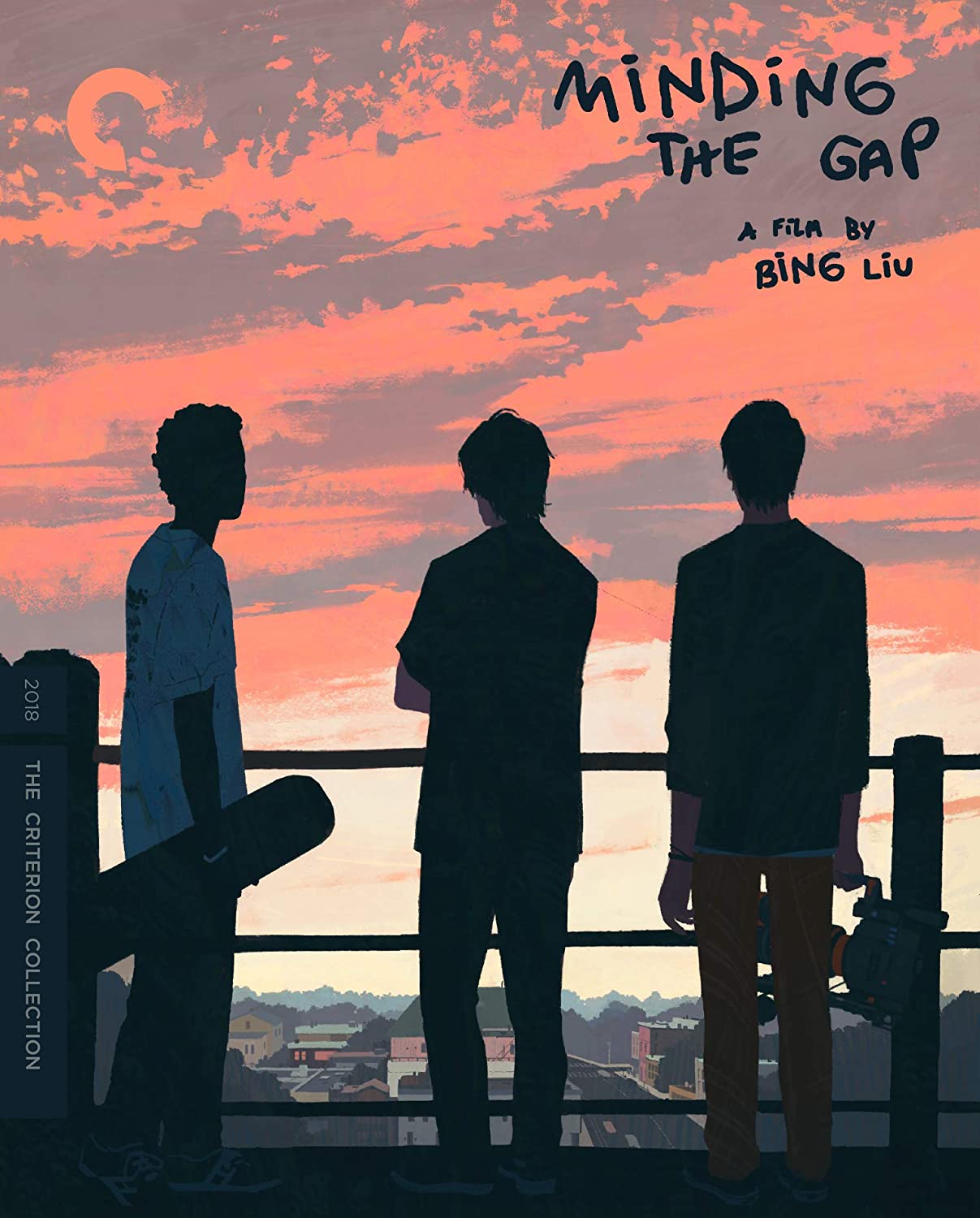 Bing Liu’s documentary Minding the Gap communicates a fierce urge to break free of the suffocating strictures of poverty, family, social expectation, and the self-loathing these pressures inevitably forge. Filming his childhood friends for years in his hometown of Rockford, Illinois, Liu makes strikingly little pretense of possessing distance from his subjects. In fact, the film is driven by his need for distance. Largely remaining behind the camera, Liu renders himself an omniscient narrator as well as a guidance counselor and, ultimately, a ghost. Subconsciously responding to Liu’s quest for distance, his friends open up to him in fashions that are startling in their intimacy and self-awareness.

Liu opens the film on his friends, Zack Mulligan and Keire Johnson, as they execute breathtaking skateboard stunts, his camera following them with a propulsive fluidity. A skateboarder himself, Liu understands that such daredevilry isn’t undertaken simply for potential fame, but so as to enjoy the intricacies of process that are required of mastery. To commit oneself to such intricacies is to achieve temporary escape from chaos as well as to find an everyday meaning in life. This painstaking quality links daredevils to artists. Or, as Zack puts it: “In reality, I think it’s a control thing. You fuckin’ have to control the most minute, small details to make you feel normal in a world that’s not normal.”

The stunts that Liu captures throughout—executed on ramps, stairways, and any other surface that catches their fancy—are action scenes that are imbued with the gravity of Zack and Keire’s youth, revelry, and need to prove themselves. In other words, these scenes are viscerally connected to the emotional tempos of the subjects—a claim that can be made of few modern action films. Occasionally, we’ll see Liu, most notably in flashbacks taken from footage shot when the subjects were children, and witness his similar sense of daring. Also, we sometimes see Liu filming Zack and Keire on the streets, fashioning dynamic set pieces with little in the way of production apparatus. With a handheld camera, Liu dives into the action, his adventurousness as a cinematographer inseparable from his fearlessness as a skateboarder. These glimpses of Liu also poignantly serve as his way of saying that Zack and Keire’s story is his own. Gradually, the skateboarding sequences give way to emotional confessions that reveal the fears that grip Zack, Keire, Liu, and their respective families.

Zack is white, Keire is African-American, and Liu is Chinese-American, and the filmmaker is conscious of these cultural differences while parsing the heartbreaking similarities of these backgrounds. Despite their varied heritage, everyone in the film is mutually American of course, and this domestic identity is built, in these cases, on legacies of suppression and familial abuse that are exacerbated by financial hardship. All the film’s subjects are from broken families and were beaten as children by their fathers or father figures, and each of the film’s three central men wear this anger in a differing manner.

Zack, a new father himself, is an abuser, occasionally hitting his girlfriend, Nina, when they argue over their son. An intelligent, handsome, and tortured alcoholic, Zack appears to be the ladies’ man of the group, his violent energies exuding an erotic pull that’s traditional of bad boys. Keire and Liu are more passive, with no apparent romantic lives, yet Minding the Gap reveals them to be stronger, more self-interrogating, and more resourceful than Zack. Haunted by his father, Keire struggles to find an identity after high school, accepting a grueling dishwashing job at a restaurant. And Liu, of course, is making this film, growing obsessed by Zack’s abuse of Nina, which mirrors the abuse he and his mother weathered by his stepfather.

Liu interviews his friends, as well as Nina, his mother, and Keire’s mother, and the filmmaker has a talent for asking forbidden questions without losing the trust of his subjects. Zack and Liu’s mother, who each have perpetuated, suffered, or tolerated abuse, are hauntingly unwilling to make excuses for themselves, as they respect Liu enough not to ply him with justifications. When pressed with a question that’s traditionally asked of abused women—“Why do you put up with it?”—Nina obligatorily takes refuge in Zack’s good qualities, defending her man, though she learns to fend for herself. When Liu asks Nina’s permission to talk to Zack about their fighting, he’s clearly attempting to help her but also to implicitly atone for his and his mother’s own suffering, as well as his own complicity in abuse for tolerating Zack. Keire’s mother also haunts the film as another deflated matriarch, her love for Keire tempered with guilt and concern for his emotional scars.

Throughout Minding the Gap, Liu masterfully uses his insider’s access, managing to stay inside and outside of the material at once. Though the documentary ends on several notes of qualified optimism, Liu understands that the catharsis for which he yearns is illusory. Yet there is skateboarding, art, and love for these people, which offer a perpetually tantalizing hope of completion that springs from a promise of purpose and belonging.

The new high-definition digital master of Minding the Gap ensures that image sharpness and details are fully optimized, while still remaining faithful to all the rough-edged, DIY textures of the film’s sometimes low-grade digital footage. Meanwhile, the color grading preserves the cinematography’s naturalistic style, as evinced by the accurate skin tones and the sun-dappled hues of the magic hour shots. The 5.1 surround DTS-HD Master Audio soundtrack offers a nicely balanced mix with clean dialogue and a strong separation between the frequent chatter of the film’s subjects and the skating sounds heard throughout.

This release comes with two audio commentaries, one with Bing Liu and subjects Keire Johnson and Zack Mulligan, and a second with the filmmaker flying solo. The first exudes the charm of listening to three close friends shooting the shit, with a heavy dose of reminiscing about the moments captured in the film and talk of the importance of skating as a means of forming the sorts of bonds that helped them to heal from their traumas. Liu’s solo track gets more into the nuts and bolts of the filmmaking process, particularly the editing and the challenges of shaping his subjects’ lives into story arcs without being reductive.

The three interviews included on the disc are also fascinating in their own way: Liu and executive producer Gordon Quinn and producer Diane Quon focus on the thread of absent and abusive fathers that Minding the Gap partially hangs on; skating legend Tony Hawk discusses his love of the documentary, namely its exploration of fatherhood; and Liu and Nina Bowgren (Zack’s girlfriend at the time of the film’s shooting) chat about the young woman’s reasons for agreeing to participate in the project and her experience growing up biracial. The package is rounded out with a selection of outtakes, a 2010 short by Liu about Vietnamese immigrants growing up American, and a fold-out booklet with an essay by critic Jay Caspian Kang.

Criterion’s release of Minding the Gap comes outfitted with an array of intimate extras that attest to the rich, emotional core of Bing Liu’s breakthrough documentary.