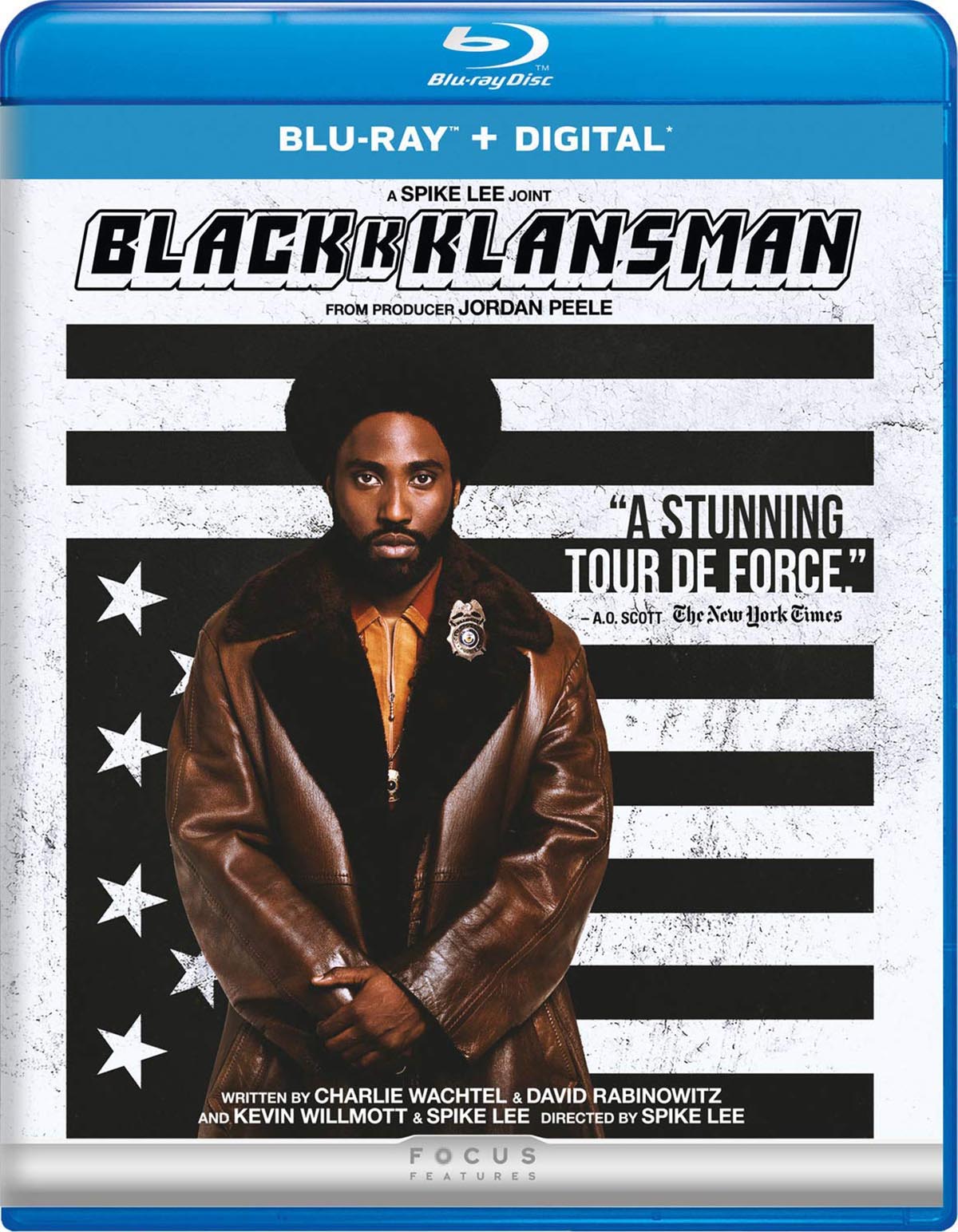 “Integration.” “Miscegenation.” “Mongrel nation.” Those are just a few of the fear-mongering words and phrases flung around in the opening of Spike Lee’s mad-as-hell but also very funny BlacKkKlansman. They’re spat-out with racist furor by Alec Baldwin, in a cameo that isn’t much of a stretch for an actor who’s gotten used to playing a bigot every week on television. Baldwin recites a prepared hate speech that’s alternately dynamic and fumbling, backdropped by a screen projecting propaganda. The scene doesn’t have the same urgency as the lyric video and murder statistics that introduced Lee’s Chi-Raq, but the words of Baldwin’s white-power extremist, simultaneously exuding a feeling of calculated threat and apparent ignorance, make for one of the sharpest recent statements from one of American’s greatest political filmmakers.

The manic inconsistency of this man’s speech also establishes the sometimes awkward tone of BlacKkKlansman, a police procedural comedy set in 1979 and unfolding in the suburbs of Colorado Springs. Based, as the opening credits emphatically announce, on “some fo’ real fo’ real shit,” Lee’s film is an adaptation of retired African-American police officer Ron Stallworth’s 2014 book Black Klansman, and it gives the true account of how Stallworth hoodwinked, and became a card-carrying member of, the Ku Klux Klan.

Lee sees Stallworth’s story as a depressingly appropriate way to take a temperature read on the racial identity of present-day America, tracing the lineage of the Black Power movement and the white supremacist hate groups of the 1970s to their contemporary counterparts: Black Lives Matter and the alt-right. Adding to those ambitions, the filmmaker styles BlacKkKlansman as a popular entertainment, forgoing the theatrical satire typical of his late-period state-of-the-nation joints, like Bamboozled and Chi-Raq, and settling into the accessible rhythms of the contemporary sitcom.

BlacKkKlansman absurdist plot affords the opportunity for a lot of fish-out-of-water humor, as black rookie cop Ron Stallworth (John David Washington) teams up with white Jewish officer Flip Zimmerman (Adam Driver) on an undercover assignment to infiltrate the Colorado Springs chapter of the KKK. But this standard comic template is also a bit of a fake-out, as Lee layers his film with a more sophisticated essayistic foundation that grapples with the way race is perceived of and represented through popular culture—including, most crucially, the cinema. One of BlacKkKlansman’s most telling sequences involves a KKK induction ceremony at a church that proceeds with self-serious authority and reverence. The ceremony is followed by a private screening of D.W. Griffith’s The Birth of a Nation, during which the audience of white Klansman and their wives erupt into fits of riotous laughter.

Lee’s film registers an awareness for the narcotic qualities of cinema, particularly films that address matters of race, and as BlacKkKlansman distractedly flits between set pieces that catch Klansman in their comic crosshairs and fiery speeches of protest among Black Power activists, it takes care to lay charges along these fault lines, slow-burning to a potentially seismic collision of two discrete worlds. But the plot of BlacKkKlansman never quite gets its Do the Right Thing moment—maybe because Lee is even less optimistic today than he was in 1989 about America’s prospects of working things out and confronting its racial differences. That makes BlacKkKlansman a potently unresolved vision—hence a final montage sequence that includes footage from last year’s deadly riots in Charlottesville.

Lee’s clear and unwavering interest in making BlacKkKlansman representative of the present—evident in references to MAGA and a mention of “the blue wall of silence”—can sometimes make for a film that feels a bit absent in its own time. Certain period details obviously excite Lee, like Ron and his girlfriend, Patrice (Laura Harrier), debating whether Ron O’Neal or Richard Roundtree is the superior actor, or the rousing speech given by Stokely Carmichael, a.k.a. Kwame Ture (Corey Hawkins), and the way Lee aestheticizes the rapt experience of the activist’s audience by showing close-ups of faces floating against a blacked-out background. But BlacKkKlansman never completely resolves the issue of how to make a film about the racial tensions of the ‘70s that’s transparently about racial tensions today, and still treat its period narrative with the verisimilitude Lee usually brings to his political films.

The inkiness of blacks is excellent throughout but especially striking in the chiaroscuros of activists during the scene of Kwame Ture’s impassioned speech. The image remains stable as the palette shifts from the vibrant reds that dominate certain scenes to the more muted colors of external scenes. Both the 5.1 and stereo audio tracks offer a crisp sonic palette that balances clean dialogue with Terence Blanchard’s booming, galvanizing score.

The sole extras here are an extended trailer featuring Prince’s “Mary Don’t You Weep” and a five-minute featurette about the making of the film. Even at such a short length, the featurette feels entirely superfluous, with producer Jordan Peele, the film’s subject, Ron Stallworth, and several of the actors heaping praise upon Spike Lee without offering even a trace of insight into what makes the director or the experience of working with him so exceptional.

This disc is barebones, so Spike Lee fans will have settle for a solid transfer of the film itself when relishing this fo’ real, fo’ real shit at home.