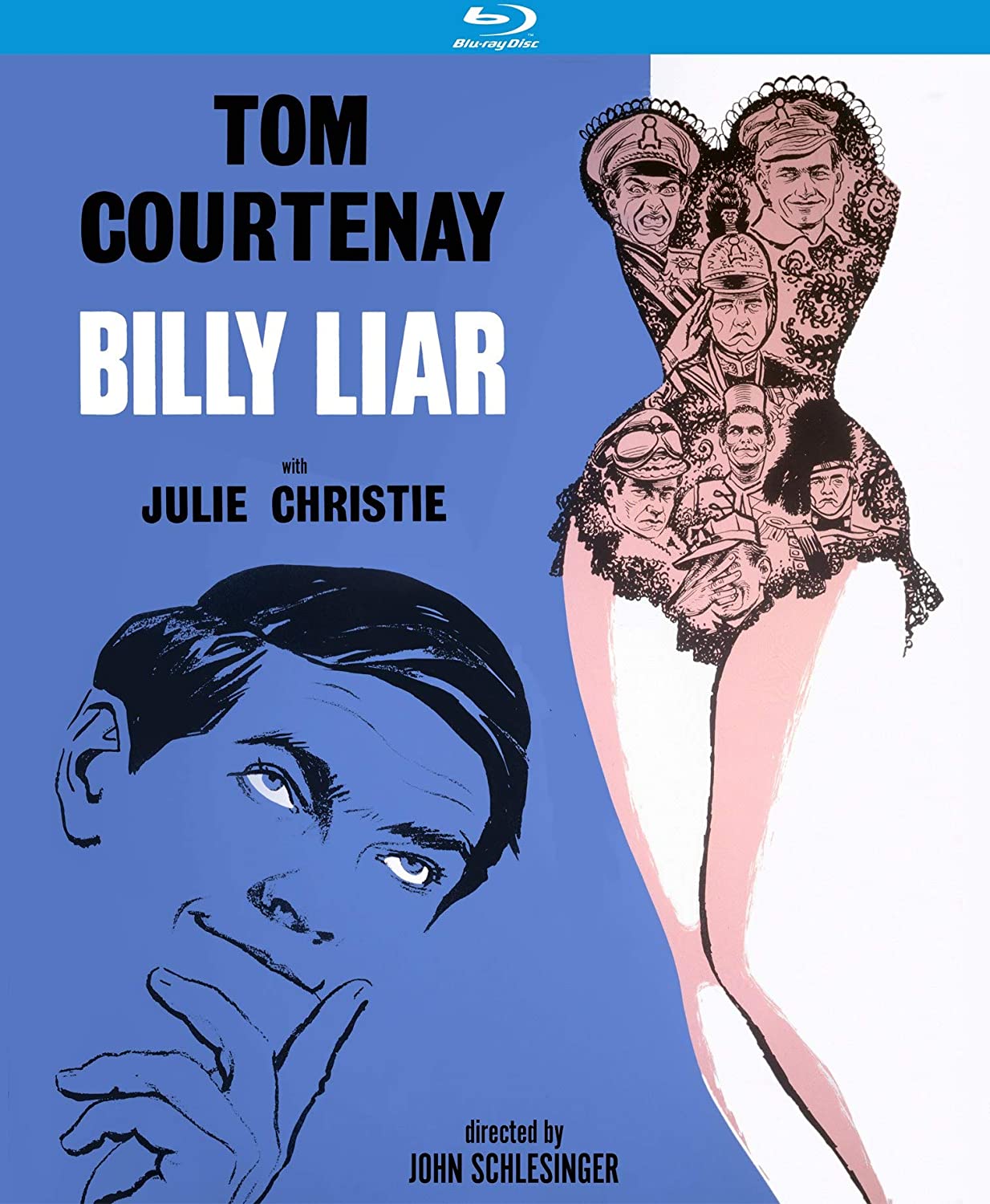 François Truffaut’s The 400 Blows opens with the camera traveling through the streets of Paris before stopping beneath the Eiffel Tower, tilting upward to marvel at the structure’s height. Right out the gate, the film, which deals with a young boy’s feelings of confinement and suffocation, invites us to see the potential for even this remarkable monument to be an iron-caged prison. In other words, Paris is only liberating for those privileged enough to experience it as such.

The opening shots of John Schlesinger’s Billy Liar are similarly attuned to how a city’s value resides in the eye of the beholder. As the camera moves through the streets of Yorkshire, there are no wondrous buildings or monuments to behold—only indistinguishable flats with cold-looking exteriors. Inside one of them lives Billy Fisher (Tom Courtenay), a twentysomething native who wants nothing more than to escape his parents’ company and move to London. Billy is given the nickname Billy Liar by his family because he spends his days fantasizing about his future as a famous novelist or as the militaristic savior of an imaginary country. Yet despite being a narcissist who manipulates his friends (and especially the young women who fancy him), Billy is essentially a kind-hearted and naïve individual, making him something like a milquetoast version of A Clockwork Orange’s Alex DeLarge, perhaps the most definitive example of the “angry young man” in British cinema.

Billy Liar is, in a sense, an outlier of kitchen-sink realism for how Schlesinger and screenwriters Keith Waterhouse and Willis Hall view Billy through an affectionate lens. This runs counter to Lindsay Anderson’s This Sporting Life, released the same year, which portrays Richard Harris’s rugby league footballer as an unsalvageable figure of tragic proportions. Schlesinger privileges comedic elements that evince Billy’s idle woolgathering. When Billy thinks about becoming a novelist, he envisions himself on a giant billboard rather than hard at work behind a typewriter. While it’s hard to take him seriously, it’s also easy to recognize—and perhaps empathize with—the foolishness of his unformed perspective.

The majority of the film’s scenes revolve around the ins and outs of Billy’s romantic entanglements with three women: Barbara (Helen Fraser) and Rita (Gwendolyn Watts), Yorkshire locals who, for various reasons, think Billy might soon commit to marrying them, and Billy’s former childhood girlfriend, Liz (Julie Christie), who’s been gallivanting around London and returned home for a brief stint. Later, at a dance hall where all four converge, Rita and Barbara discover each other’s existence, prompting the former to cheekily say: “You can’t handle the goods unless you intend to buy.” For Billy, though, a purchase is less a matter of physical exchange than a psychological state. Since he’s bought hook, line, and sinker into the notion of himself as a great writer, he latches onto Liz’s fearless attitude as his best path toward accomplishing his artistic worth—something the audience realizes is doubtful once Billy admits to her that he hasn’t even written a single page of his novel.

By pitting the allure of the big city against the stagnancy of the suburbs, Billy Liar positions itself to conclude as a rebuke of the resignation that characterizes Billy’s parents, forever rooted to their drab section of Yorkshire. But just as he finds himself seated next to Liz on a train headed for London, Billy disembarks to purchase a bottle of milk and misses his departure. In this moment, the milk that lures him away from his career pursuits is easy enough to read as symbolic of his mother’s comfort, and thus Yorkshire’s. Though the film’s ending is outwardly celebratory as Billy strolls back toward his family’s flat, the fact that he’s opted for the familiar comforts of home feels like a questionable—even nightmarish—endpoint for this young person who so craves his autonomy.

With this high-definition master, which appears to be the same transfer released on Blu-ray by StudioCanal in the U.K. in 2013, Kino Lorber resurrects Billy Liar from Region 1 scarcity, as Criterion’s 2001 DVD release has been out of print for years. Denys N. Coop’s black-and-white Cinemascope images appear nuanced and rich throughout, with the wide shots exhibiting great depth of field. Close-ups are also impressive for the striking level of detail in the actors’ faces, but given the occasional blips and scratches on display, it’s easy to imagine what a more comprehensive restoration effort might look like. The DTS-HD audio track is clean and clear, and especially helps to highlight Richard Rodney Bennett’s playful, upbeat score.

Film Historian Kat Ellinger’s comprehensive audio commentary contextualizes various facets of Billy Liar’s production and its placement toward the tail end of the first phase of the British New Wave. Ellinger notably calls the film a “masterpiece in black comedy” for how it blurs fantasy and realism through straight cuts, thereby taking us directly into the protagonist’s world. Unlike in 1947’s The Secret Life of Walter Mitty, Ellinger says, which uses hazy dissolves to signal a clear division between reverie and reality, the straight cut complicates how the viewer understands any neat separation between the two. Such stylistic traits are central to the British New Wave’s concern with how generational tension holds the potential to breed social and political dissent. The disc also comes with theatrical trailers for Billy Liar, The Knack…and How to Get It, and The Falcon and the Snowman.

One of the British New Wave’s gentler efforts receives a commendable Blu-ray release, boasting clear image and sound, as well as an instructive commentary track.