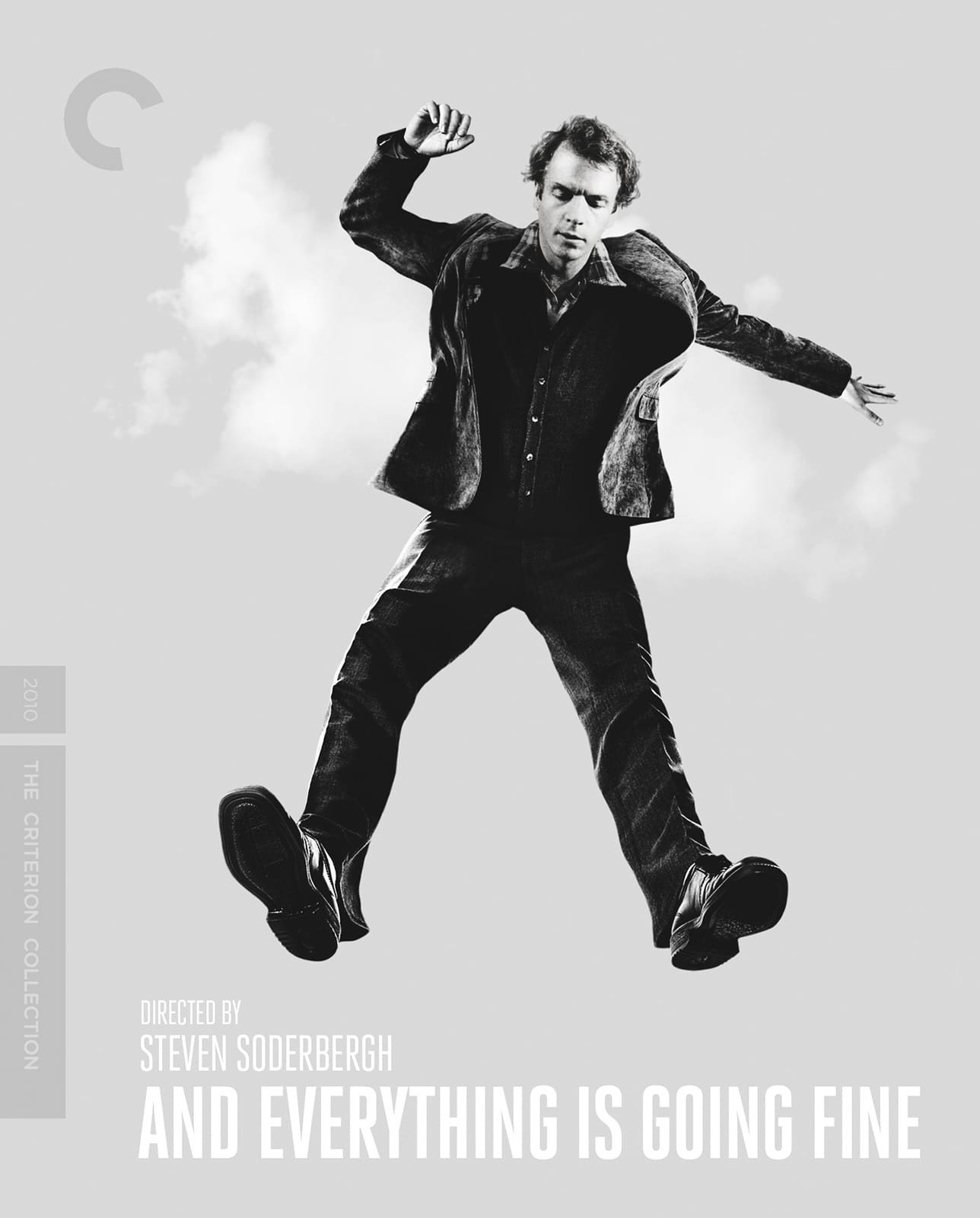 Actor and monologuist Spalding Gray is probably best remembered for his piece Swimming to Cambodia, about his experiences during the making of Roland Joffé’s 1984 film The Killing Fields. Steven Soderbergh’s documentary about Gray, And Everything Is Going Fine, opens with an image that perfectly encapsulates its subject: Against a stark black backdrop, the footlights pick out a simple wooden desk and chair. On the desk stands a mic and a glass of water. For a long moment, there’s nothing else, except the steady murmur of audience chatter. Finally, Gray enters and takes his seat, ready to begin. This moment is ideal for two reasons. On the one hand, it exemplifies Gray’s minimalist approach to his art, stripping away all the sawdust and tinsel, the naturalistic pretense of theatrical performance, until only the story and its teller remain. On a deeper level, Soderbergh’s film begins with the evocation of what philosopher Jacques Derrida called the presence of absence,” alluding to the fact that in 2004 Gray chose to end his life by drowning himself in the East River.

The latter half of the documentary details romantic entanglements and other escapades Gray experienced following the success of Swimming to Cambodia. One of the more intriguing threads underlying all this confessional autobiography concerns the extent to which Gray fictionalized his own life, running “mostly true” stories through the filter of his imagination, constructing what he preferred to call “poetic journalism.” Chaos was always the enemy, the Monster in a Box (the title of another filmed monologues) held at bay only by imposing structure and meaning on it through creative endeavor. As a raconteur, Gray was often witty, uproarious even, but there was always a baseline existentialism at work underneath, so that he could drop a Heidegger reference (“Why is there something and not nothing?”) into a riff on childbirth without coming across like an egghead.

And Everything Is Going Fine ends with a haunting coda, drawn from unused footage for Barbara Kopple’s documentary on the Hamptons, that shows Gray post-accident, sitting in his backyard mulling over his own epitaph. In the distance, a dog sets up a forlorn howl. Gray stops to listen, head down, eyes closed. “It’s like Chekhov. I’m gonna hear that at night. It’s a lamentation,” Gray says. So, too, in its own way, is Soderbergh’s affecting, illuminating documentary.

Culled from home movies, amateur videos of early monologue performances, as well as more polished-looking interview segments and footage cribbed from other documentaries, And Everything Is Going Fine has the feel of a handmade testimonial, something cobbled together—in the best sense of that phrase. Sure, from a technical viewpoint the image is prone to video roll, ghosting, and other artifacts of low-res videography, but that only heightens the feeling of intimacy, the visual equivalent of rifling through 30 years of Spalding Gray’s journals. Luckily, with even the shakiest early footage, the monaural sound is solid, Gray’s verbal cascade always clearly discernible.

The making-of doc begins with the usual technical concerns: Director Steven Soderbergh, editor Susan Littenberg, and producer Kathleen Ross (who was also Gray’s second wife) discuss the amount and variety of material at their disposal. Soderbergh describes the aesthetic choices that eventually evolved into And Everything Is Going Fine’s final form and content, such as not shooting any new footage, say, of the State Island Ferry from which Gray presumably slipped into the icy waters of the East River, or bringing in a flotilla of talking heads to provide added context, wanting instead for the film to play out like Gray’s final monologue. Getting more personal, Soderbergh discusses his involvement with Gray, from casting him in King of the Hill to directing the film version of Grey’s Anatomy, going on to candidly acknowledge how he distanced himself from Gray after his horrific car crash in 2001, which, he admits, was not being a very good friend. And Everything Is Going Fine was, in his view, a sort of penance project. The disc also includes Sex and Death to the Age 14, Gray’s first monologue (originally performed in 1979 and recorded for a retrospective in 1982), in its 65-minute entirety, and a booklet featuring an essay by writer Nell Casey, editor of The Journals of Spalding Gray.

A moving tribute to its subject’s life on stage and off, And Everything Is Going Fine gets a solid Blu-ray transfer from Criterion, with several choice supplements.