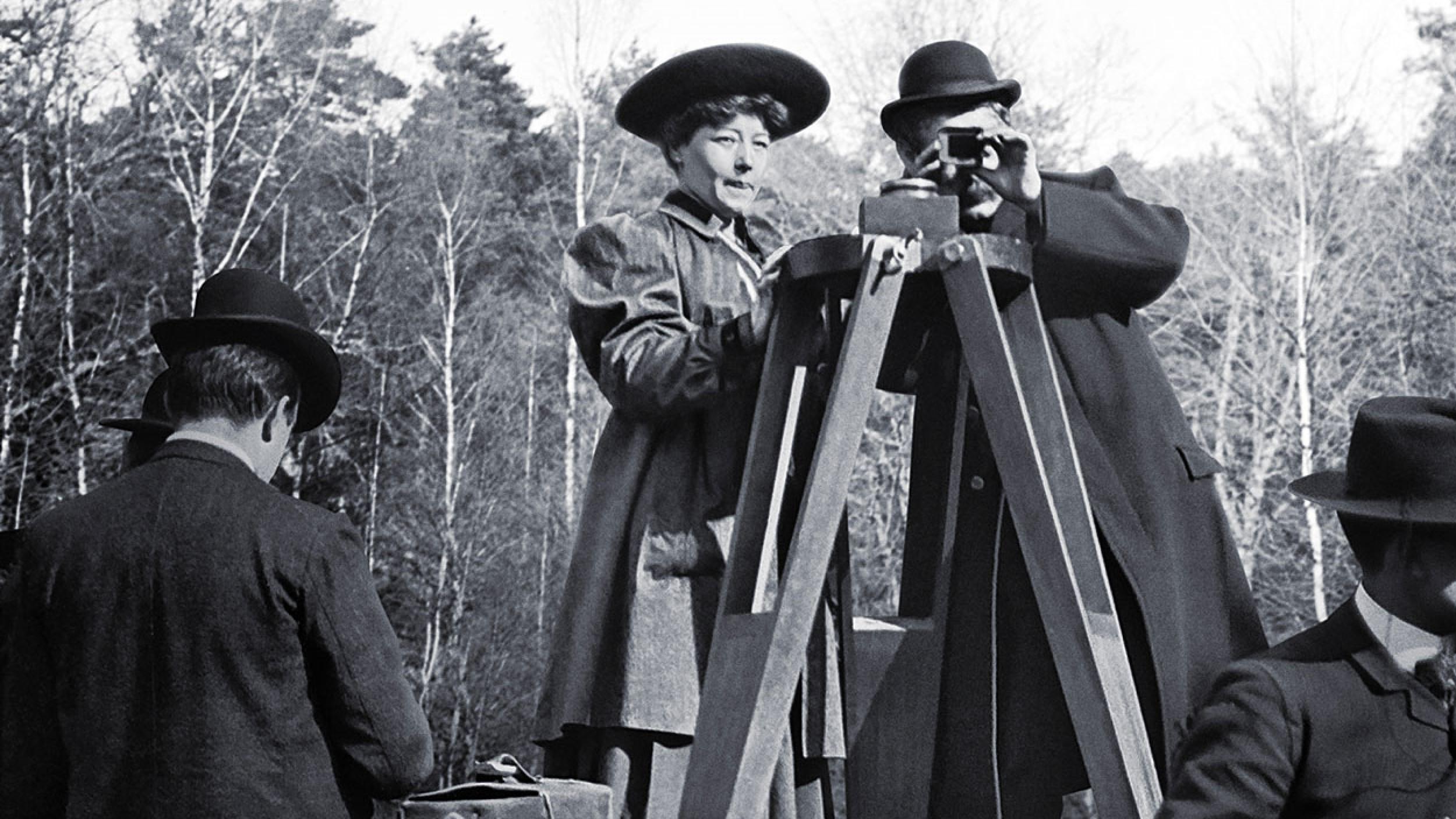 Most books about the history of cinema are filled with ample praise for the work and innovations of the Lumière brothers, Georges Méliès, and Thomas Edison. Alice Guy-Blaché, though, remains at best a footnote in such texts, and it wasn’t until the Whitney Museum of American Art organized the first retrospective of her work in 2009 that she began to be more widely acknowledged as a trailblazer of early filmmaking. Kino Lorber’s phenomenal 2018 release of Pioneers: First Women Filmmakers was the next quantum leap toward restoring her reputation, devoting an entire disc to celebrating her diverse work, most notably Falling Leaves, The Ocean Waif, and A House Divided.

Now, with the release of Alice Guy-Blaché Volume 1: The Gaumont Years, not only is Guy-Blaché’s historical importance as the first female film director clearly made for the public record, but one can finally witness firsthand the full range of her talents. As not only a director, but a costume designer, writer, producer, and, after emigrating to America, the first female studio president, Guy-Blaché helped to shape the formal filmmaking techniques and artistic practices that would become popular in the early 1900s and lead the way through the transitional period of the 1910s. All the while, her business acumen played a critical role in developing the standard production and distribution methods in both France and America.

Guy-Blaché’s command of narrative, in both its structural and pictorial qualities, and her experimentation with color tinting, synchronized sound, and special effects are more than enough to secure her position among the aforementioned titans of early cinema. But it’s the wit and perceptiveness of her work, as well as her unmistakably feminine and feminist perspective, that make her a truly singular figure in those first two decades of the art form. Where Kino’s First Women Filmmakers offered a glimpse into Guy-Blaché’s work at her Solax Studios in Fort Lee, New Jersey, The Gaumont Years tracks the filmmaker’s career from its genesis, finding an artist bursting out of the gate with creativity and the flexibility to craft works in everything from comedy and westerns to melodrama and fantasy films.

Guy-Blaché’s attention to the experiences of women, as well as her tendency to both explore and poke fun at traditional gender roles, is evident in many of her early works. Her first short film, 1896’s The Cabbage-Patch Fairy, depicts a fairy traipsing about a field of cabbage patches, picking up various babies to coddle with affection. This idea is given further complexity in 1906’s Midwife to the Upper Class, in which a wealthy couple arrives at this very same cabbage patch and, with the help of a midwife, choose the child they wish to take home. It’s simple and direct, yet in just a few minutes, it weaves in commentary on class, in its suggestion of the ease with which the upper class deals with childbirth, and gently mocks society’s tendency to replace the harsh realities of childbirth with jejune fantasies. 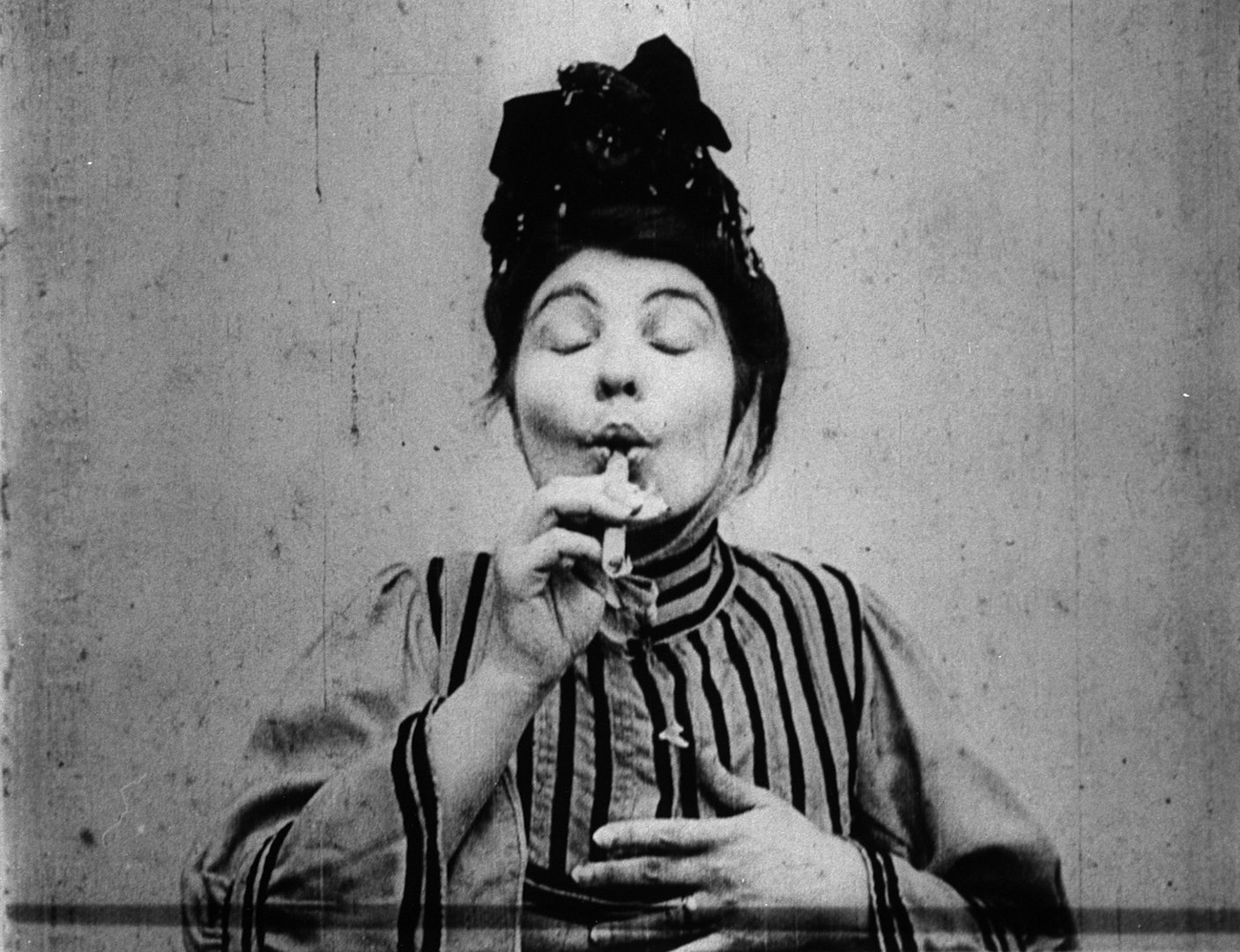 A scene from Alice Guy-Blaché’s Madame Has Her Cravings

Madame Has Her Cravings, from 1907, is even more explicit in its flaunting of the taboo desires and difficulties related to pregnancy and childbirth. In the four-minute short, we see a pregnant woman overcome by strange, overwhelming cravings as she steals candy from a baby before moving on to swiping a glass of absinthe and tobacco for two different men. In each case, Guy-Blaché cuts to a medium shot of the madame, lingering on her as she takes immense pleasure in consuming her stolen goods. It’s a perfect encapsulation of the director’s often subversive and racy sense of humor, as well as her determination to present the experiences of women with unflinching veracity, yet with tongue planted firmly in cheek.

This subversiveness in Guy-Blaché depictions of the female experience reaches its radical peak in 1906’s The Results of Feminism, in which gender roles are swapped across the board. While all the women are shown at work, drinking at the bar, and behaving in sexually aggressive ways toward men, the men are seen as dainty and overwhelmed by their duties of housework and childcare, which the women in the film refuse to help with. The short ends with the men, frustrated by their traditionally female tasks, rolling up their sleeves, throwing the women out of the bar, and violently reclaiming the comforts of their own conventional gender role. To modern eyes, its portrayal of dandyism as inherently feminine may seem more than a bit misguided, but it’s a small misstep in an otherwise clear-eyed, funny, and astute feminist statement whose mere existence in the very early 1900s is a minor miracle in and of itself.

Following Guy-Blaché’s decade-long stint at Gaumont, she had two children, moved to the United States, and after a few years off, picked up filmmaking again upon founding Solax Studios. There, she further honed her craft as both a director and producer and became more involved in the distribution end of her films. Her work from this period is marked by the same feminist concerns as her earlier efforts for Gaumont but also bears evidence of more complex editing strategies and narrative structures, as well as a deeper emotional intelligence. Kino’s second edition of Alice Guy-Blaché’s work, Alice Guy-Blaché Volume 2: The Solax Years, contains over four hours of beautifully restored material from this period in her career.

Some of these films, such as 1911’s Making an American Citizen and 1912’s A Man’s a Man, display Guy-Blaché’s newfound interest in the immigrant experience, while others, like 1912’s The Strike and 1913’s The Thief, are more socially and class-conscious in their commentary. A sometimes blunt proselytizing accompanies these films, but it’s fascinating to see Guy-Blaché stretch her legs in dealing with such an array of dicey subjects, and approaching them from the point of view of both a woman and an immigrant.

It’s still in her comedies, though, that Guy-Blaché’s talents fully flourish, from the absurdist, anarchic mania of 1911’s Starting Something, another film which touches on the consequences of feminism, to the breakneck pace of the amusing, if slight, cross-dressing romp Officer Henderson, from 1913. But her finest work of this era is 1912’s Comedy of Errors, a playful farce about a woman forced to deal with both the unwanted advances of a neighbor (who believes she blew a kiss in his direction) and the rising jealousy of her husband, who abruptly returns home and believes she’s cheating on him. There’s a remarkable economy to Guy-Blaché’s direction here, not only in her command of space as the three characters frantically move about the different rooms of the apartment, but in her clever use of objects (the wealthy courter’s expensive coat, gloves, and umbrella) as both a material extension of the husband’s jealousy, and a means of escalating tension and propelling the narrative forward. 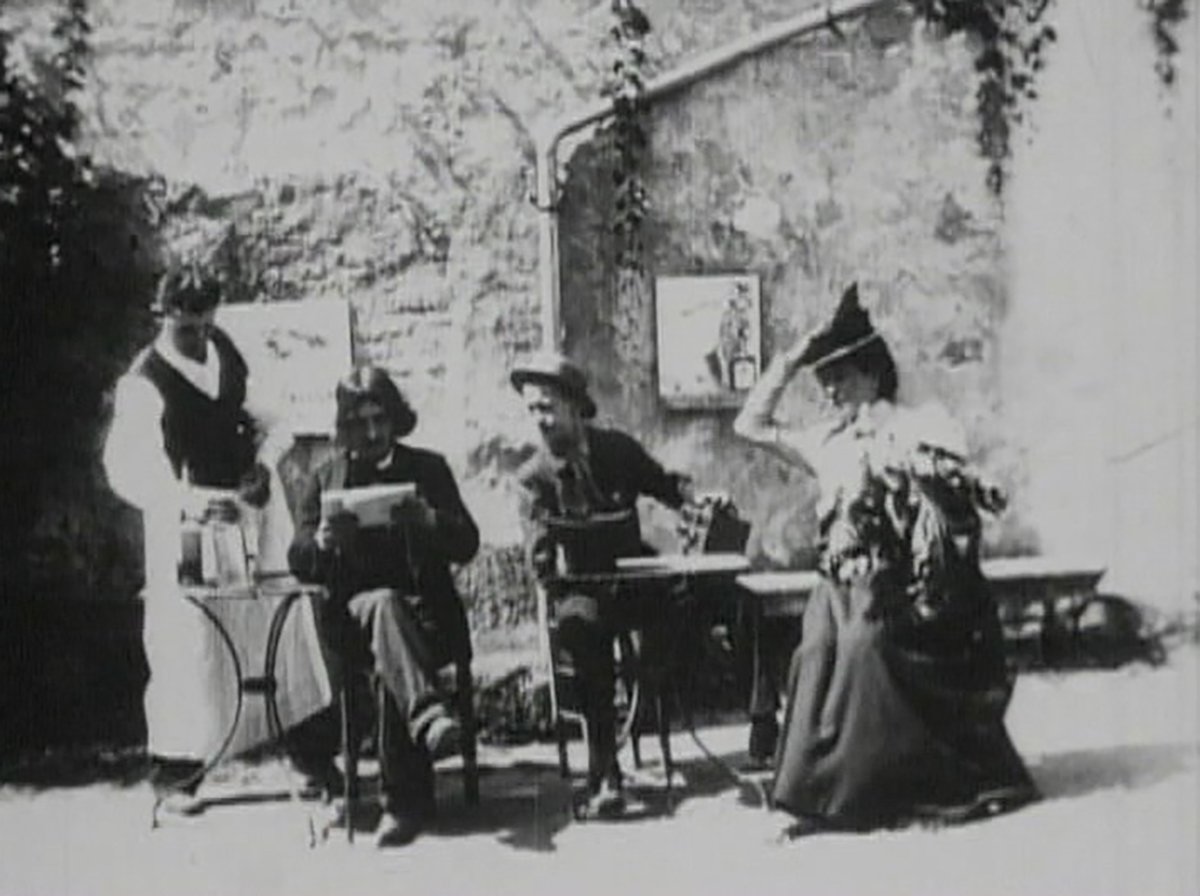 While Guy-Blaché’s innovations have recently begun to be more widely recognized, another female writer, director, and production supervisor, Julia Crawford Ivers, still remains true to her nickname: “The Lady in the Shadows.” Her lack of recognition is certainly not aided by her extreme personal privacy or her short career, which lasted only 10 years, but Kino Lorber’s The Intrigue: The Films of Julia Crawford Ivers aims to correct that, finely highlighting both Ivers directorial work, with 1916’s A Son of Erin and the lone surviving reel of 1915’s The Majesty of the Law, and her efforts as a scenario writer. Her script for 1916’s Ben Blair is marked by a similarly feminine perspective as Guy-Blaché’s films, with a female go-getter at the center of the story and a healthy dose of male sensitivity from her love interest.

The highlight of the disc, though, is 1916’s The Intrigue, which Ivers wrote and Frank Lloyd directed. The film, running just a shade over one hour, is more reminiscent of the work of Louis Feuillade (who was coincidentally helped early in his career by Guy-Blaché) than any of her American colleagues. A rousing tale of espionage, The Intrigue tells the tale of an American scientist who creates an X-ray machine that can kill any target within 25 miles, and who travels to Europe to demonstrate it for various countries. It’s a taut yet alluringly knotty story that unfolds with clarity and purpose, displaying a pacifist streak that would only become more common in cinema in the following years as World War I came to a close.

As well-structured as The Intrigue is, it’s Ivers clever integration of empowered female characters, notably Countess Sonia (Lenore Ulrich), into a game of international diplomacy typically reserved for powerful men that’s its most impressive feat. Lilian Gish and Mary Pickford had both by this time played strong women in a number of films, but Countess Sonia is a more active participant in shaping the narrative in this film than Gish and Pickford’s characters were in their films. Rather than reacting to events that are happening around and to her, she’s constantly active, intelligent, and strong-willed, playing a major role in upending the aspirations of numerous world leaders and helping to redeem the male lead.

Such portraits of fierce, resilient women can be found throughout Ivers and Guy-Blaché’s work. But it’s more than a matter of representation that makes these films so unique; it’s also their highlighting of the sides of women that most male filmmakers ignored for decades that make their films so unique. Now, thanks to Kino Lorber’s three releases, these two key early filmmakers can finally get the widespread recognition and appreciation they’ve long deserved.

Blu-ray Review: John M. Stahl’s Leave Her to Heaven on the Criterion Collection