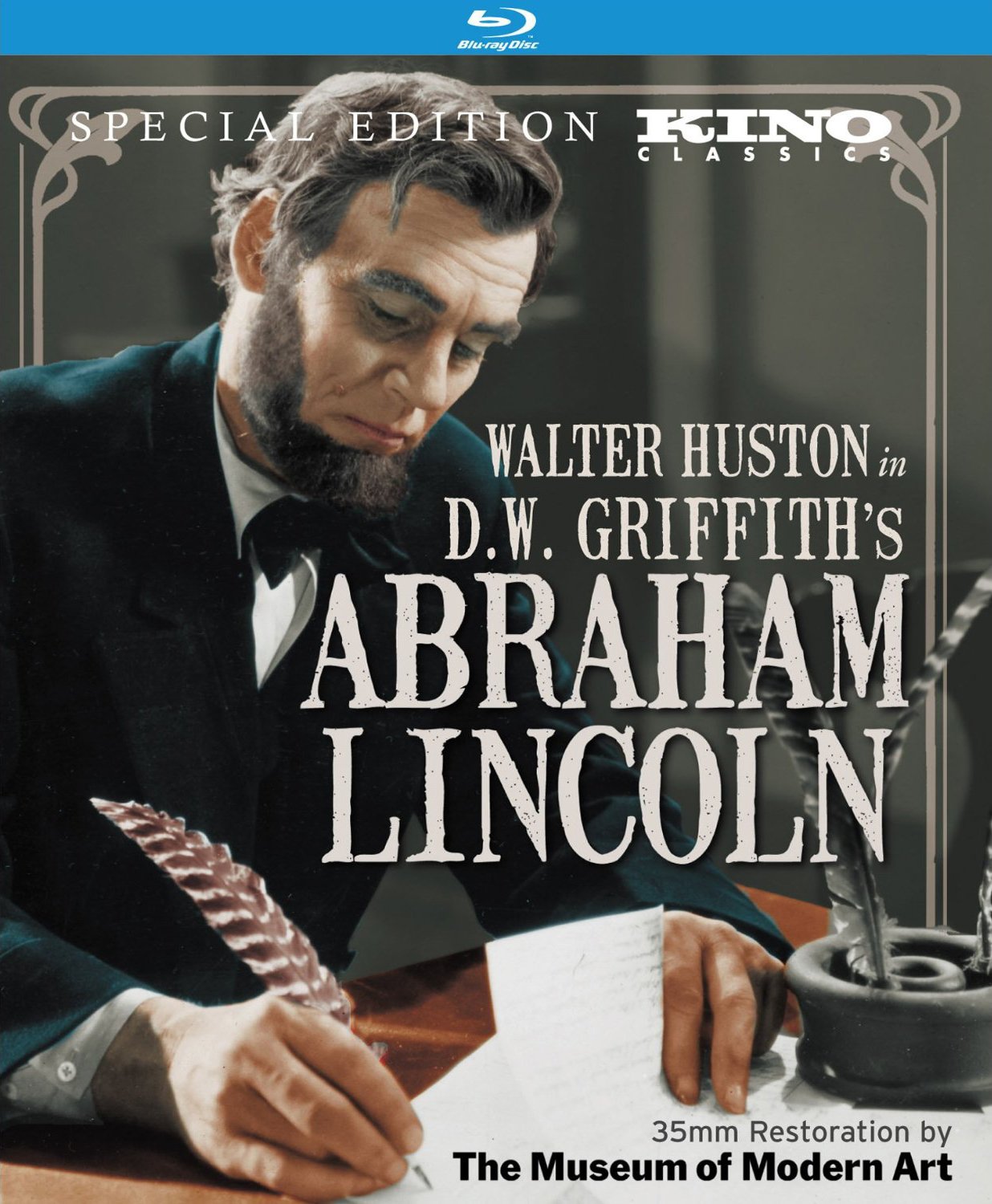 Steven Spielberg, who’s sometimes compared to D.W. Griffith for his unprecedented success as a movie director, producer, and “pioneer,” as well as for his problematic approach to political content, was 66 when he made Lincoln. Griffith, at the same age, was living off the annuities from his movie career, and hadn’t directed a film in a decade. Had any of Spielberg’s previous blockbusters been saddled with The Birth of a Nation’s base notoriety, so much so that our blood boiled at the mere mention of their names, his reputation almost certainly would be dashed against similar rocks. What’s ironic, however, and this certainly has a lot to do with how we view prestige projects in 2012 versus 1930, is that many film historians would have us regard Griffith’s Abraham Lincoln as some kind of deadly dull, stuck-in-the-silent-era groaner, clinging to the barest scraps of history-textbook significance to pad its 93-minute running time. While on the other hand, Spielberg’s film, lauded for many reasons, is being heralded for precisely the same (incorrect) reasons for Griffith’s late-career dismissal: an innovative talkie cinema, audacious in its plainspoken, sunlit reverence for saints, forthright in its stage-bound direction.

Griffith’s two sound films, his last two turns at the directing chair, throw a monkey wrench into the notion that the man who made Intolerance had somehow been cast in amber by the late 1910s. The Struggle, his swan song, is a deceptively simplistic “problem picture” that follows a dark emotional narrative that’s closer to the trials of Bubbles on The Wire than something you’d expect from an allegedly washed-up movie director on his way out to pasture. Abraham Lincoln, a wholly different kind of project, nevertheless bears scant resemblance to the silent monuments on which his reputation is founded.

An alchemical miracle that eludes Spielberg’s largely admirable Lincoln, that of a film of dusty sets and mildewy costumes pulsing with life and turmoil, stands as one of Griffith’s greatest achievements. His compositions are subtly intricate, modest at first glance, surprising and complex on closer inspection. An overused effect by Spielberg’s cinematographer, Janusz Kamiński, the bathing of cast and props in a heavenly golden aura, is more modestly achieved here by the great Karl Struss; the same goes for evocative, ever-present shadows. Its dialogue scenes, a curious hybrid of filmed theater and a documentary of its own naked artifice, look more like late Rossellini than contemporaneous features coming out of Universal, Warner, or Paramount-Famous Lasky.

Perhaps the film’s strangeness is due to the fact that Griffith, now in the rear echelon of the studio system, traveled on unmonitored roads. Beginning with a prologue on a slave ship (excised in many versions, it can only be seen without its soundtrack), Abraham Lincoln flows with the easy assurance of a visionary filmmaker who still, after many years, saw fit to invent the medium’s visual grammar as he went along. Both a “creaky” talkie and, paradoxically, anything but, the film seems unhinged from what Hollywood was doing in 1930: It exists in the Venn diagram overlap between the visual expressiveness of the silent era and the as-yet-unmastered sync-sound technology, and its attendant awkwardness. Neither mode is rejected; Griffith has room for both. A luminous beauty of sandpaper surfaces.

Having languished in public domain (the abridged version, which omits the picture-only slave ship prologue, is still available for free viewing on the Internet Archive website), Abraham Lincoln has received the “Dennis Hopper in Hoosiers” cleanup, thanks to the heroic efforts of the Museum of Modern Art. Grain is thick and healthy, and the mono soundtrack is mixed at just the right degree of moderation.

Only one, an introduction to The Birth of a Nation that was filmed in the spring of 1930. It consists of a conversation between D.W. Griffith and his star, Walter Huston. A strange object, and anything but a spontaneous chat, the supplement is nevertheless a joy to behold. While bright-eyed kiddies gawk at the duo, Huston kowtows to his boss, gifts him a Confederate sword, Griffith talks about how “the Klan…was needed” and quotes Pontius Pilate. Surreal and magnificent.

Kino’s Blu-ray gives the movie back no small amount of the dignity that had escaped Griffith during his final years at the Knickerbocker Hotel.