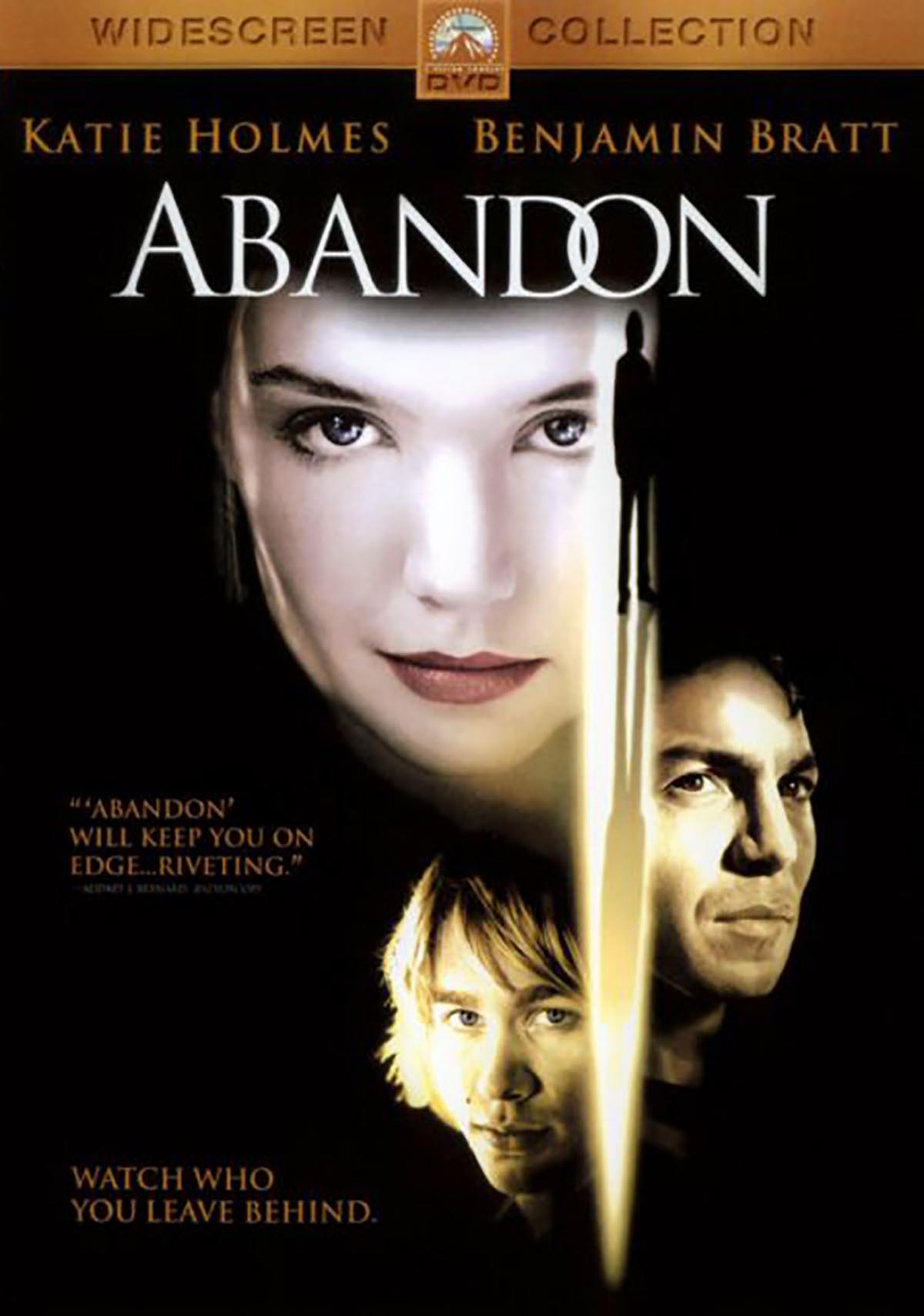 This week’s Angel Eyes Much Ado About Nothing Award goes to Stephen Gaghan’s feature film debut Abandon. Catherine Burke (Katie Holmes) is a bionic typist about to graduate from college. Two years after her drama queen boyfriend (Charlie Hunnam) disappeared off the face of the earth, an ex-alcoholic detective, Wade Handler (Benjamin Bratt), is sent in to get some leads. Once Wade starts asking Catherine too many questions, though, Embry (Hunnam) inexplicably makes his reappearance. When the heat is on, Catherine’s abandonment issues intensify (see the Don’t Look Now flashback sequences). In burying elements of theater study (Emby was fond of “non-traditional space”), existentialism and behavioral psychology below a dozen different shades of blue, Gaghan draws attention away from the fact that there’s a trick pony at play here. The drawback, though, is that the film’s characters remain ciphers. Though Gaghan sustains a remarkable sense of weirdness for the film’s entire running time, Abandon still feels as if it lacks a kind of internal momentum. It’s evident that Gaghan had to sacrifice a thought or two in trying to deliver a Hollywood product but the losses are more or less made up by Melanie Lynskey’s delirious performance as the creepy library girl who’s got Catherine’s number.

Here’s a textbook example of a film that can still put you to sleep despite being well photographed. Despite the occasional edge halos, this DVD transfer of Abandon beautifully preserves Matthew Libatique’s washed-out cinematography. Skin tones are deliberately golden while the palette as a whole is on the blue side. The film’s seductive look is preserved, as is its ability to cause drowsiness. The Dolby Digital 5.1 surround track is clean: surround effects are dynamic enough while dialogue is perfectly audible.

You can see the shame on poor Katie Holmes’s face when she plugs Abandon as a universal story everyone can “relate to” on the making-of documentary included here. The commentary track with director Stephen Gaghan and Matthew Libatique is less embarrassing but still not very interesting; entirely too much time is spent on the look of the film and not enough on the actual story. Gaghan praises Melanie Lynskey when she makes her first appearance in the film but is too proud (or maybe he’s just oblivious) to mention just how good his “femme fatale” dialogue really is and how bizarre it sounds coming out of the mouth of such a mousy girl. A trailer for the film and The Four Feathers have also been included, as well as a series of deleted scenes with optional director’s commentary. One in particular is notable but was clearly deleted because it revealed too much about Holmes’s character too early on: before arriving at her job interview, her character wipes blood from her finger on the gloriously trippy wallpaper outside her interviewer’s room.

Certainly not a keeper but the good news is that now you can quickly fast-forward to the best parts in the film: every scene with Melanie Lynskey as Creepy Library Girl.