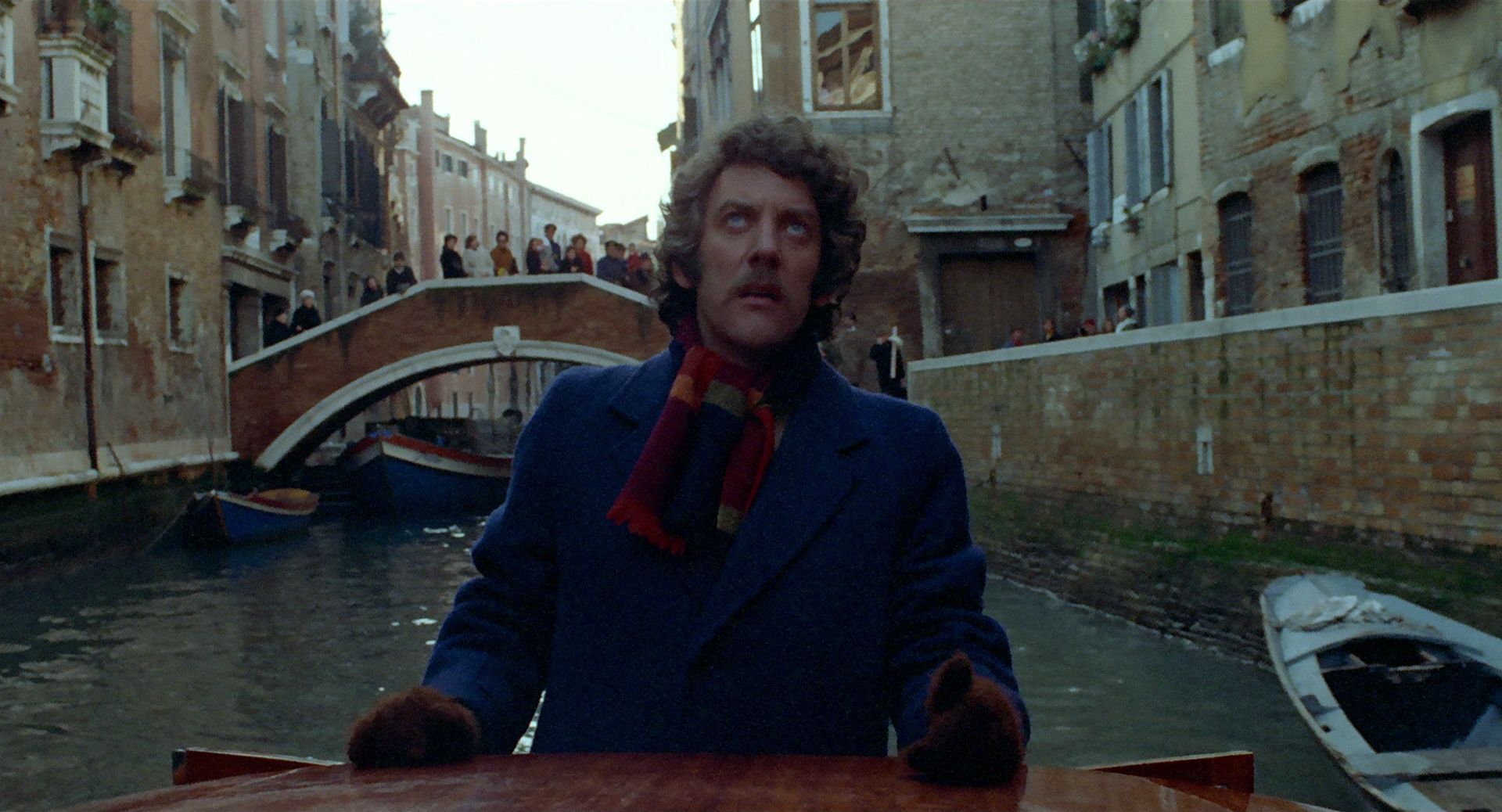 It figures that the sex scene from Nicolas Roeg’s Don’t Look Now has become more legendary than the film itself. Forget that Julie Christie and Donald Sutherland were off-screen lovers at the time, the film’s infamous bedroom romp is every bit as devastating and organic as anything else in the film. Easily the most successful film adaptation of a Daphne Du Maurier story (sorry Hitch!), Don’t Look Now is both a chilling horror film and a fascinating portrait of grief. The film’s remarkable dreamlike textures evoke a present constantly slipping into memory. Laura Baxter (Christie) and her husband John (Sutherland) are the parents of a young girl who dies by drowning. Spilling water, a breaking glass, a book (“Beyond the Fragile Geometry of Space”) and a bleeding picture portends the girl’s death while hinting at John’s connection to the world of the dead. In a labyrinthine Venice, John and his wife follow different paths of worship: he helps to rebuild crumbling churches while she ponders the death of their daughter. Roeg’s allusions to sightlessness and his fascination with mirrors and cavernous alleyways evoke a world that is not necessarily disconnected from the afterlife as much as it is unwilling to acknowledge the power of dreams and memory. A lesser writer or director would have cast the woman in the weaker role. As the grieving John, Sutherland spends the entirety of the film looking out at a disintegrating world that demanding his emotional involvement. Tragically, even in death he remains disconnected.