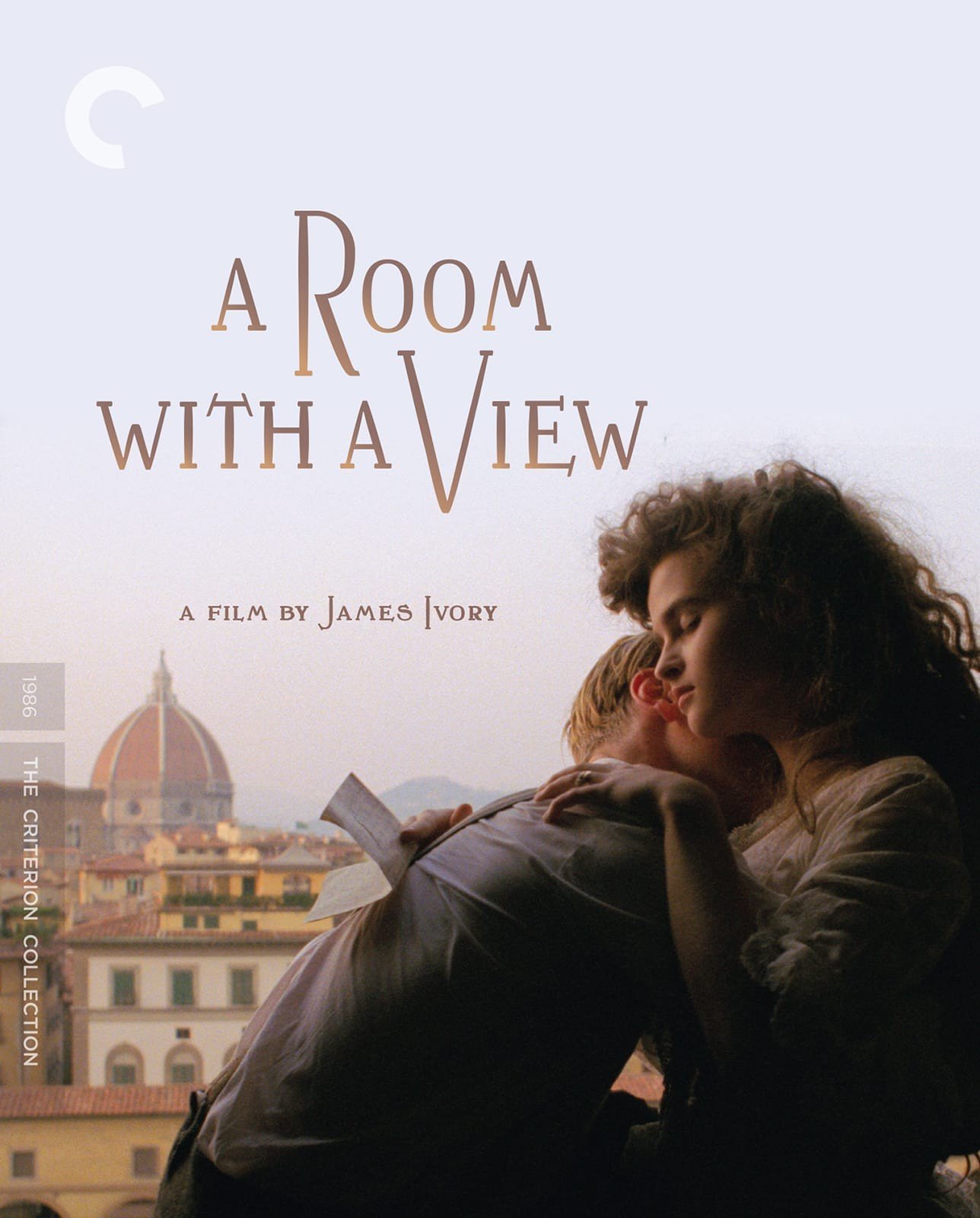 Getting bogged down in nomenclature is always a dubious proposition, but it seems appropriate for A Room with a View, as it’s a film that raises the question: What is art-house cinema? Not that either the characters or the filmmakers behind this Merchant Ivory production explicitly evoke the concern, but given the move in ‘80s American and European cinema away from auteur efforts and toward cinema-as-brand, A Room with a View is a missing link in a discussion of the disintegration of political filmmaking.

If one looks at the auteur exports of the ‘60s and ‘70s, it was Godard, Buñuel, and Bergman who piqued not just critical taste, but also informed the very notion of complex, even dangerous film-going for adventurous viewers. However, the ‘80s brought with it the video store and, thus, the revelation that these categorical imperatives were simply brand names all along. As film scholar Haidee Wasson has pointed out, “foreignness is always a product of domestic discourses; classics are an aftereffect of ongoing attempts to increase the value of the inventory; and independence is often only a mask for the operations of global media conglomerates.” A Room with a View is the logical end of these revelations, the kind of outwardly ornamental, painterly, but wholly conservative adaptation that would become broadly synonymous with acculturation, kicking the anarchic formalists and irreverent satirists to the margins of what came to consume everyone’s new interest: box office.

On that front, A Room with a View is a masterful example of how to take well-regarded literary source material, render it in a manner that displays the visual markers of middlebrow sophistication, like ornamental costume design and fine-tuned “art direction,” as the Oscars like to call it, and intersperse it with surface-level controversies, like three heterosexual men chasing each other around a pond with their dicks out. One of those men is George (Julian Sands), a handsome fellow living in Florence, who captures the eye of Lucy (Helene Bonham-Carter), visiting from Surrey. Back home, she’s supposed to marry Cecil (Daniel Day-Lewis), a pedant whose inefficiencies in amorous matters are exceeded only by his proclivity to ceaselessly pontificate. Commence a class-based bildungsroman of divided passions and uncertain futures and the end result, with Lucy clinging to George’s buff forearms, is merely a foregone conclusion.

The only commendable component of the Merchant Ivory brand is the striking mise-en-scène, lensed by Tony Pierce-Roberts, though it’s impressive only as a decorative function necessitated by the stipulations of marketable, period-piece productions. Is there not something perverse about the idea of a good adaptation? What is the drive other than a fetishistic desire to relive the rapture of an original encounter with the material, albeit in a new medium? The very end goal of such endeavors is doomed without an impulse to rupture the original text—and changing a character’s name or the location isn’t sufficient in this regard. (See The French Lieutenant’s Woman, from 1981, as an example of a progressive literary adaption, due to its daring use of parallel narratives and cross-cutting.)

A retreat into dress-up iterations of bygone successes is the remake cancer, in a nutshell, and one that results in assessments like the final line from Roger Ebert’s four-star review: “The story moved slowly, it seemed, for the same reason you try to make ice cream last: because it’s so good.” Ebert actually correlates viewing the film with consuming a sweet treat, a metaphor that could jive were the underlying aesthetic motives not so regressively sour.

Ebert claimed every film should be reviewed on its own terms, which preserves his vested interest in the quotidian act of enclosed evaluation, which amounts to restricting the confines for the assessment at hand. Ebert insists the utmost emphasis be placed on the conclusions of the reviewer, who, at this point, is simply a purveyor of culture, an eye trained to ask “is this a good romantic drama?” and not “what are common formal and textual limitations of literary adaptation?” Not that the latter question results in simple dismissal; far from it. After all, Nicholas Ray, a genre filmmaker by any measure, was a favorite of the Cahiers du Cinéma lot. In fact, Godard said he was the cinema. But Godard was not likening Ray to ice cream; he thought Ray was a master at using color, at the art of mise-en-scène. Ray is, finally, the inverse of Merchant Ivory, who get it completely backward by being simply dedicated to the mise-en-scène of Art.

Criterion’s 4K transfer is nearly flawless, especially in open-air shots that seem to extend for miles. And, given Blu-ray’s remarkable capacity for depth of field, the illusion of depth may rarely appear more convincing on non-theater screens. Colors and tones are consistent and without noticeable error; grain remains in the image throughout and close-ups, especially of Helena Bonham-Carter, are balanced and meticulously scrubbed of defect. As visuals go, this is some of label’s finest work. The same for audio, as the spruced up, DTS-HD audio track sounds full and boisterous in the opening credits and never lets up. Dialogue is firm, clear, and nicely balanced with the orchestral swells.

In Criterion’s back-cover description on this new Blu-ray, they refer to the film as “a gargantuan art-house hit,” which immediately prompts the question: What the hell does that have to do with anything? It’s a puzzling gesture from a label whose mantra of releasing “important classic and contemporary films” has until now refrained from factoring economics into the film’s selected for their canon. And, aside from some insightful, recent interviews with cast and crew and an essay by film critic and author John Pym, Criterion makes little effort to legitimize the film’s inclusion. A much-needed scholarly commentary track or video essay, explaining the significance of Merchant Ivory, is regretfully absent. One can go to the Howard’s End Blu-ray for the ho-hum documentary entitled “The Wandering Company,” which amounts to a biography of Merchant Ivory productions, but given Criterion’s apparent desire to license every Merchant Ivory title (see all of their DVD releases, which are now unfortunately out of print), here’s hoping for more dynamic supplements on their next release.

A Room with a View is a film blinded by its consumptive representational methods, but Criterion’s 4K Blu-ray masterfully displays what makes Merchant Ivory productions a continued commercial attraction.