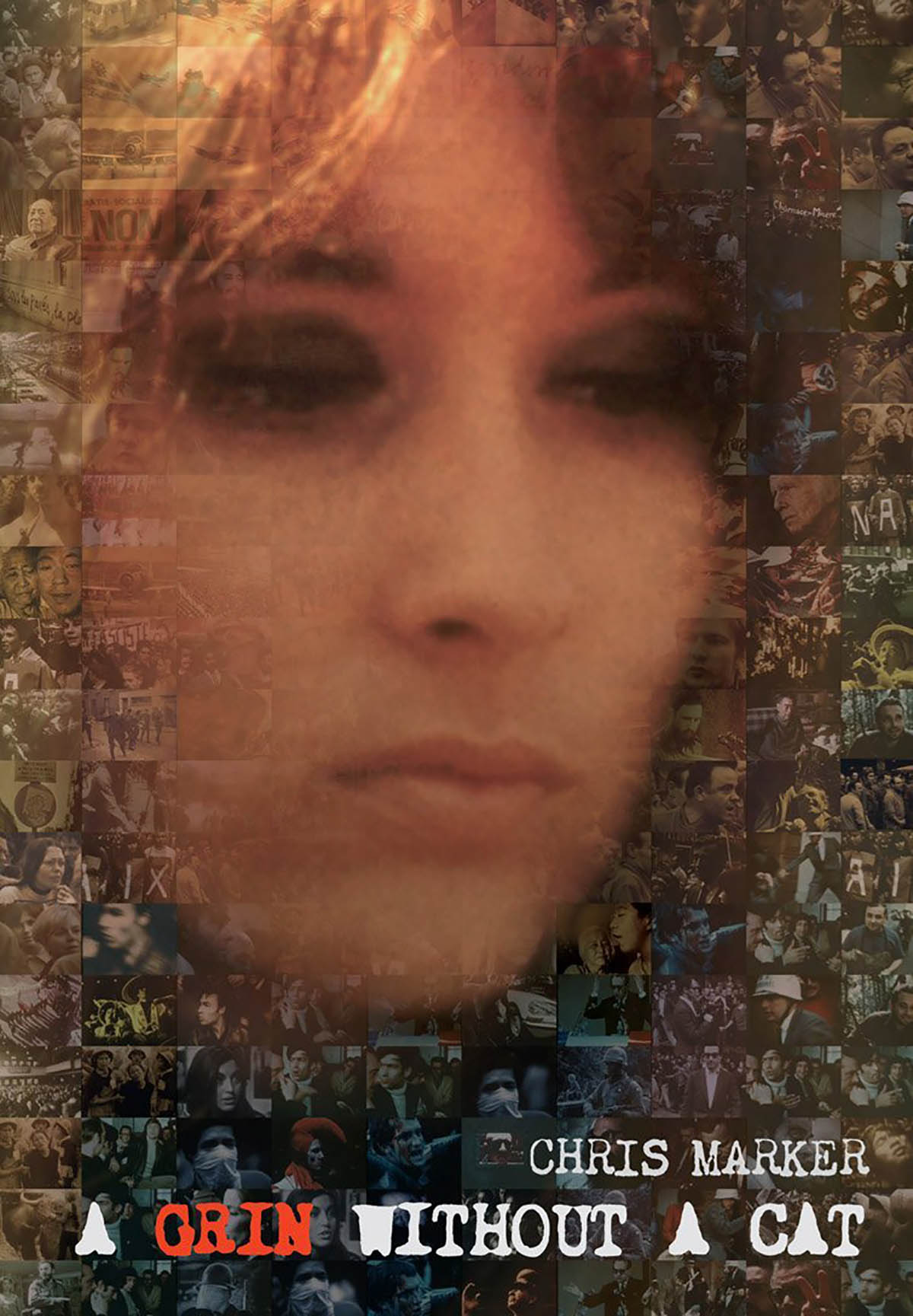 A masterpiece among masterpieces, the two-part, three-hour A Grin Without a Cat is Chris Marker’s most ambitious, clear-headed string of cinematic clauses and ideological couplets, and also his most impenetrable. Fashioned, in part, out of rejected and unused political footage shot by Marker’s SLON and ISKRA production collectives, the movie is the major work preceding his landmark essay film Sans Soleil and, in many ways, prefigures that film’s globe-trotting filmosophical musings, but in the guise of—for lack of a better word—agitprop. Fragmenting his first-person experience by divvying out narration duties to multiple voices, Marker’s portrait emerges as an emotionless but paradoxically doleful threnody for what, when he first crafted the film in 1977, had only one decade earlier seemed a vigorous, multinational leftist movement. But what Marker and others perhaps mistook as strength in diffuse omnipresence back in 1967 eventually revealed itself as a confluence of separate concerns that stood very little chance against the nameless, faceless, maybe even nonexistent Other.

Grin is a center without a hold. It’s also a first-person history in a format that, Marker surmises, is too often left to those who would write out anything personal in favor of the monolithic authority of narrative. Paradoxically, it’s Marker’s strongest example of collectivism in political filmmaking; as the end credit reads, “The true authors of this film are the countless cameramen, technical operators, witnesses and activists whose work is constantly pitted against that of the powers that be, who would like us to have no memory.” While Grin presumes a downright radical foreknowledge of highly specific social movements and moments (from the widely publicized student uprisings along the Left Bank in Paris and the political assassination of Che Guevara to the strike of Rhodia workers and the schisms between multiple leftist factions in Soviet-invaded Czechoslovakia), its sheer, uncompromising breadth is only enriched when one considers how many of the world’s theaters of nascent leftist fervor didn’t even factor into Marker’s portmanteau. (Take, for instance, the American Civil Rights movement, which in Grin is more or less represented by a shot of a Black Panther holding up Mao’s little red book.)

All that said, what still rings clear even in this overwhelmingly dirgey material is Marker’s bemusing sense of humor. I can think of no other filmmaker who would open their film by cross-cutting Sergei Eisenstein’s Potemkin with fist-pumping student protestors and then climax the proceedings by examining how Fidel Castro, who asserted authority by micromanaging the positions of the microphones on his podium, was instantaneously reduced to sputtering rhetorical impotence when faced with immobile mic stands. Or a filmmaker who would, in the movie’s most galvanizing and personal moment, present self-shot footage of the germination of the May ’68 uprising in Paris and ruminate on the shakiness of his images. Those high-contrast, vibrating images, Marker seems to suggest, are the direct result of the cameraman’s trembling hands, themselves a testament to observer and the observed both realizing with simultaneity their presence during a crucial moment of history.

The rest of the film shoulders the formal power of that shudder of realization, as though recognizing it represents a marked contrast to the left’s inability to sustain a long-term strategy. Marker scholar Catherine Lupton, in her book-length study Memories of the Future, highlights a moment of narration in which Marker remembers footage he shot of protesters being allowed to crash the Pentagon and surmises, “When I look at these scenes again, and put them alongside the stories the police told us about how it was they who lit the fires in the police stations in May ’68, I began to wonder if some of our victories of the ’60s weren’t cut from the same cloth.” Perhaps that’s to account for the fact that, in the film’s coda, Marker makes a temporary substitution in his choice of representative from the animal kingdom, swapping out his silently watching cats in favor of the roving, prowling, omnipresence of wolves. In any case, Grin is a tapestry woven from the allegedly living history of a movement Marker regrettably admitted may have had a finite lifespan, and it is anything but cut from the same cloth.

Icarus Films is to be commended for getting the film out on DVD in an edition that’s not priced for classroom and university library use. Even if the print they’re using features cigarette burns at the reel changes, it’s not like it suffers from grit and grain, given the nature of the material. Similarly, the English, French, and German sound options all sound somewhat flat and stentorian, but it’s hardly like anyone’s going to complain it wasn’t reformatted for 5.1 surround.

There are no extras on the disc, but Icarus did include a thoughtful booklet of liner notes featuring a 2002 review of the film by Film Threat’s Phil Hall and an extensive essay written by Chris Marker himself on (apparently) the 40-year anniversary of the May ’68 uprisings. Also included are some of Marker’s points of reference for the film-well, eight of the approximately 72 million.

For a film that’s almost strictly for the political and artistic converts, A Grin Without a Cat is a surprisingly forthright examination of how the left dropped the ball.

Review: The Duke Is a Very English Heist Movie that Trades Insight for Sentimentality