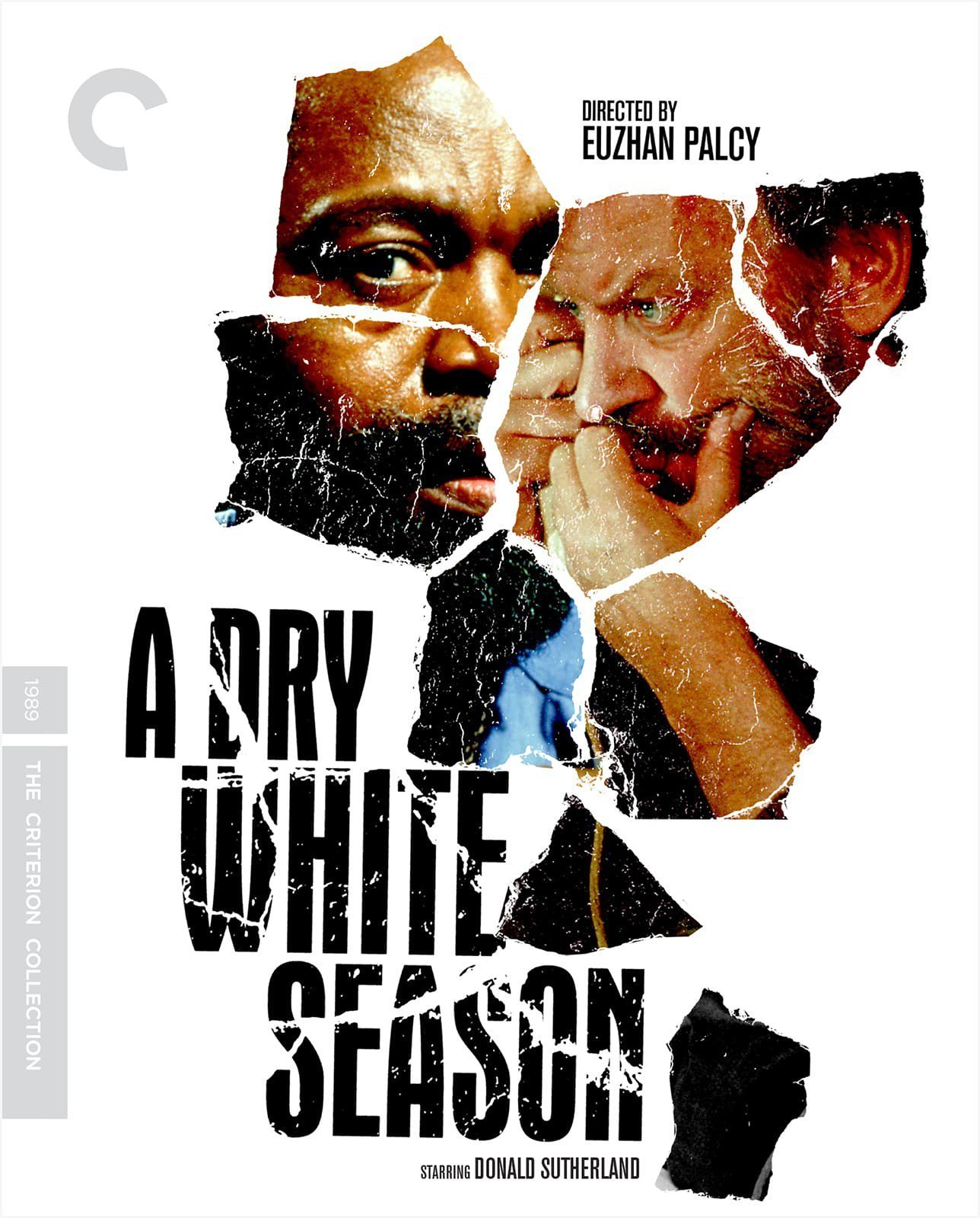 The opening shot of A Dry White Season depicts two young South African boys, one black and one white, laughing and merrily playing ball with each other. This moment of harmony, a tacit reminder that racism is learned, is soon torn asunder by the viciousness of South Africa’s apartheid system. The forces of division at work in the country are charted after the tranquil opening, with the black child, Jonathan (Bekhithemba Mpofu), arrested and brutally caned for attending a peaceful student protest and the white boy, Johan (Rowen Elmes), seen playing rugby with schoolmates who are, of course, all white. Soon we learn that Jonathan’s father, Gordon (Winston Ntshona), works as a gardener for Johan’s father, Ben (Donald Sutherland). When Ben sees the bloody cane marks on Jonathan’s buttocks, he immediately begins rationalizing the actions of the police, unable to admit that they acted irrationally. Johan, upon glimpsing the same wounds, can only gape in horror.

Director Euzhan Palcy spends much of the film’s first act visually delineating the extent to which South Africa has been divided under apartheid. In the black townships of Soweto, for example, there’s scarcely any vegetation to be found in the drab, arid ground. Meanwhile, Ben’s home and other white communities are verdant with irrigated, perfectly manicured lawns. And while Ben has a friendly rapport with Gordon, he never forgets his assumed superiority to the man, who must address his boss as Mr. Ben in even their most informal moments. Ben’s initial inability to consider that the police crossed a line with Jonathan changes when the boy is killed and buried in an unmarked location. When Gordon attempts to find the whereabouts of his son’s body, he too is abducted, tortured, and murdered, leaving Ben so stunned that he’s shaken from his oblivious privilege.

The remainder of the film tracks Ben’s attempts to get answers for these shocking events and the fallout it brings to both Gordon’s family and his own. Seeking justice for Gordon, Ben takes his case to a human rights lawyer (Marlon Brando, giving perhaps his weariest and least showy performance), who can only solemnly urge the man to drop this case, as it will never be upheld by an apartheid judge and will only bring him misery. This grim prophecy soon proves true as Ben’s increasingly zealous quest to broadcast the atrocities of the government earns him the enmity of a brutish police captain (Jürgen Prochnow), alienates his wife (Janet Suzman) and daughter (Susannah Harker), and enrages Ben’s colleagues and friends. It even brings further horrors onto Gordon’s surviving family, who are systematically harassed and evicted from their home in retaliation for Ben’s behavior.

In maintaining her focus on both families rather than just Ben’s, Palcy traces the pervasiveness of apartheid’s methods of reinforcing the status quo using everything from social stigma to outright violence. That Ben, riddled with guilt and horror, tries to honor his dead friend and ultimately makes things worse for Gordon’s widow is held against the man, but the director nonetheless foregrounds the near-impossibility of an individual resisting a regime devoted to an ideology like racism. Palcy does occasionally confront Ben with his ignorance, as when he wistfully tells his black driver, Stanley (Zakes Mokae), how they’re both equally African as he reminisces about growing up on a farm, only for Stanley to sarcastically bring up other aspects of “real” African life, such as having to carry one’s ID papers everywhere or being thrown in prison. Ben, embarrassed, trails off and falls silent. Yet Ben is consistently presented with complexity and empathy as he slowly becomes politically aware, and if A Dry White Season ultimately illustrates the high cost of true allyship in a system of segregation, it nonetheless also respects the willingness to make that sacrifice in the face of injustice.

Sourced from a 4K restoration, Criterion’s transfer retains the thick grain of the film but marks a significant upgrade in color depth and texture from previous home-video editions. In particular, the bright shades of the white communities pop in comparison to the impoverished and infertile soil of drab Soweto townships, and the blood spilled by bullets and torture looks especially vivid. The lossless stereo track nicely balances the predominantly dialogue-driven soundtrack with the occasional bursts of chaotic violence in the police’s crackdowns on demonstrations, losing no fidelity at any point.

A half-hour interview between director and co-writer Euzhan Palcy and critic Scott Foundas digs into the former’s life, from her childhood cinephilia to her art studies in France and early support from François Truffaut. Palcy offers copious insights into her career and her approach to A Dry White Season, from building out the source novel’s black characters to her clandestine trips to Soweto to interview survivors of security force arrests and torture. Palcy also contributes an interview in which she breaks down five of the film’s scenes from the research went into them to her filming. Impressively, Criterion unearthed a long-sought interview that Palcy conducted with President Nelson Mandela on the first anniversary of his election in which she questions him on the future he envisions for South Africa. A 1989 interview with Donald Sutherland is also included, as is footage of a 2017 South African National Honors Awards ceremony in which Palcy was bestowed with the Order of the Companions of O.R. Tambo for her work in illuminating the anti-apartheid struggle to the international community. Finally, a booklet contains an essay by film professor Jyoti Mistry, who explicates how Ben is developed as a genuinely moral agent and not simply a bystander to atrocity.

This powerful apartheid drama still burns with outrage and conviction, and it receives an excellent A/V transfer from the Criterion Collection.