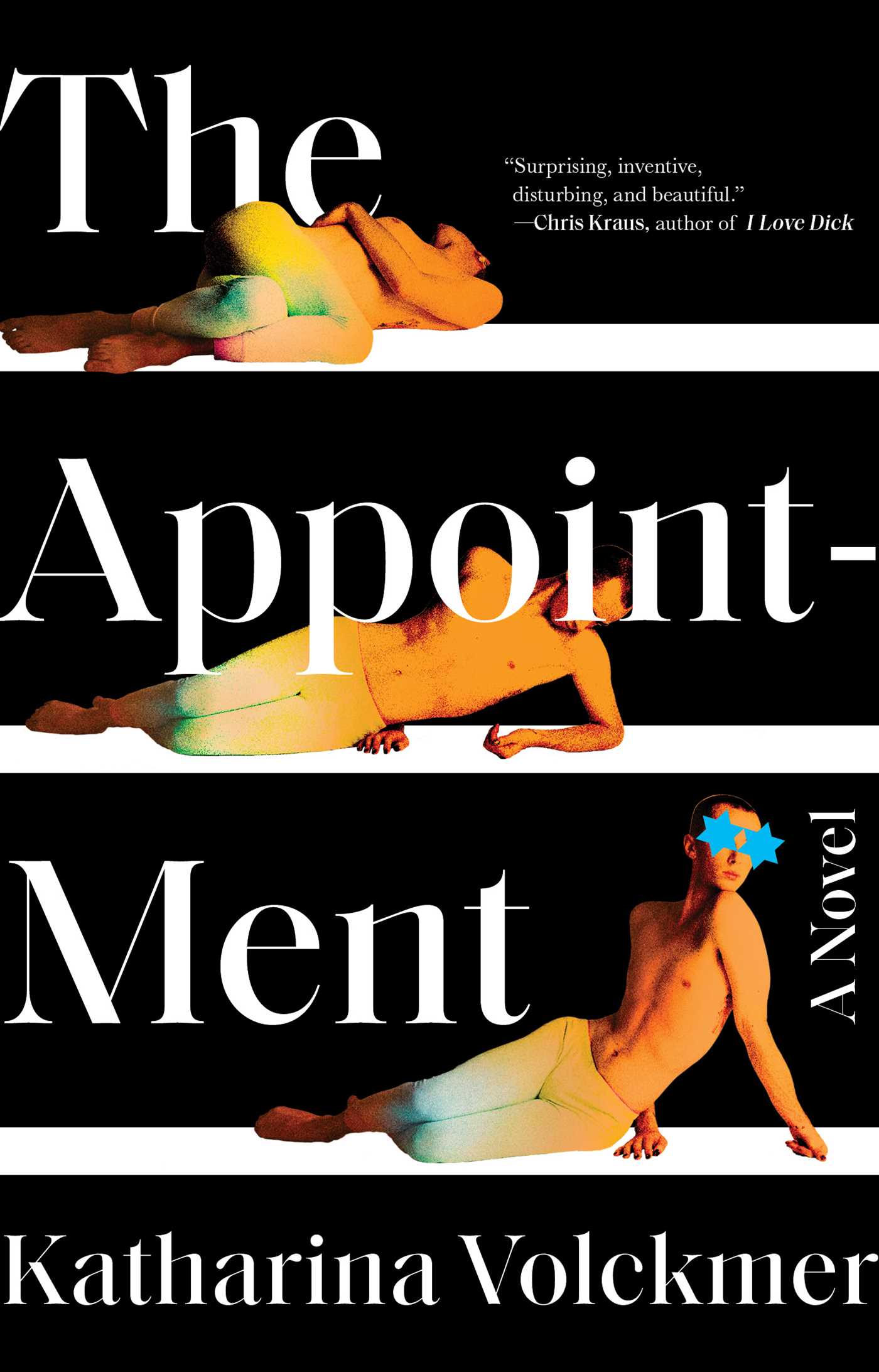 The monologue-as-novel has a venerable lineage, but this unusually demanding form is perhaps most closely associated with the Austrian writer Thomas Bernhard, whose hermetic, invective-laden works hypnotize and suffocate in equal measure. Katharina Volckmer, whose The Appointment is in this tradition, must not be surprised, then, to find comparisons to Bernhard in every review published thus far of her debut novel, especially given her German background. At the same time, The Appointment represents a struggle to break free from one’s haunted national roots, as the narrator, like Volckmer, is a German expat living in London, and the novel was written in English.

The nature of the titular appointment is revealed only gradually, turning the reader into a sharp-eyed detective looking for clues. The first one is the novel’s salacious subtitle, The Story of a Jewish Cock, which appears only on the title page, lest the book be banished from the shelves of respectable bookstores. And the next one comes just a few pages in, when the narrator describes the head of Dr. Seligman (the Jewish gynecologist to whom her monologue is addressed) between her legs.

Things are clarified soon enough, but the novel’s chief pleasures lie not in its initial mysteries, or in its eventual, often unsurprising revelations, but in its bitter, Bernhardian comic tone, as in a riff about the city of Nuremburg, now reduced to holding an annual conference on the development of washing machines. Over the course of 130 wide-margined pages, the narrator’s stream of talk wanders from a disquisition on dry German bread and its deleterious effects on oral sex to speculations about Hitler’s repressed feelings of inadequacy: “Have you ever thought about the Führer in his pyjamas, Dr. Seligman, waking up with messy hair, stumbling across the room looking for his slippers? […] I can see the swastika-themed bedsheets and matching pyjamas, everything down to his breakfast bowl.” (According to Volckmer, the novel has yet to find a publisher in Germany.)

There are moments where Dr. Seligman seems to interject, but his dialogue is never represented on the page—only the narrator’s answers to his occasional questions. Writing in such a diegetically rigorous mode presents a particular challenge when it comes to parceling out basic exposition. A conventional first-person narrator might offer an unprompted description of the exam room, its furnishings, and of Dr. Seligman himself. Here, such details—Seligman’s male-pattern baldness, the picture frames on his desk, the room’s red velvet walls—must be salient enough for the narrator to comment upon them aloud.

Volckmer’s elegant construction never draws attention to such writerly maneuvers; physical descriptions, hints about Dr. Seligman’s practice, and information about other characters mentioned throughout accumulate naturally and never feel shoehorned in. Likewise, Volckmer’s unfussy sentences rarely impress but never distract or interrupt the book’s flow. At a time when so few novels are published of which even that much can be said, Volckmer’s “mere” competence—her avoidance of clunky similes and unwieldy syntax—is refreshing.

So, too, is her gleeful provocation, which, like that of Ottessa Moshfegh, is never in service to glib nihilism or amorality. In fact, this is a deeply moral book, one that, beneath the graphic sex talk and raucous vitriol, is concerned with contemporary Europe’s historical trauma, the oppressiveness of traditional gender roles, and one’s personal responsibility to the past. It remains to be seen what kind of career Volckmer will have, but consider The Appointment a warning shot fired across the bow of the modern novel.

The Appointment is available on September 1 from Simon & Schuster.

Glenn Kenny’s Made Men: The Story of Goodfellas Is a Stellar Anatomy of a Film

For Stephen King, As Well As His Fans, If It Bleeds Is a Coming Home