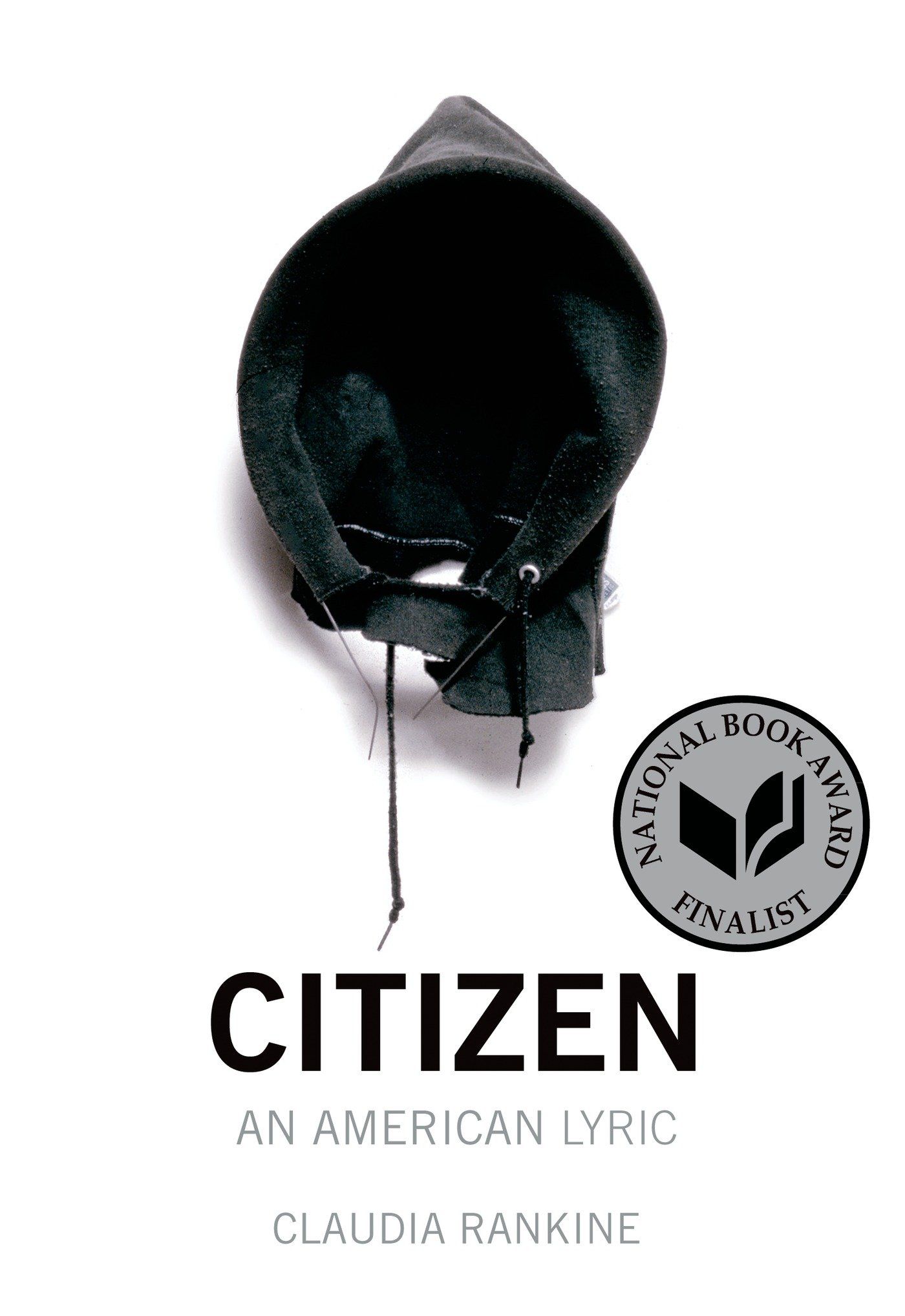 “For art comes to you proposing frankly to give nothing,” wrote the 19th-century critic Walter Pater, “but the highest quality to your moments as they pass, and simply for those moments’ sake.” Credited as a major influence of Oscar Wilde, and heralded as the prominent figure of aestheticism, the so-called “art for art’s sake” movement, Pater was a controversial figure in his own time—lambasted for his alleged hedonism—and his writings would seem to have little in common with those of Claudia Rankine, the Jamaican-born author known for her projects on contemporary America. A professor at Pomona College and a frequent collaborator with her filmmaker husband, John Lucas, Rankine frequently blends images and poetry and essayistic meditations, and her fifth book, Citizen, is no different. Here, she brings together historic quotes, one from Zora Neale Hurston (“I feel most colored when I am thrown against a sharp white background”), with paintings, video stills, and other visuals from the past and present: J.M.W. Turner’s The Slave Ship, Henry Youngman’s ART THOUGHTZ, David Hammon’s In the Hood. Broadly speaking, the result is an apt piece of hybrid art, a record of the current state of race in the United States.

More than anything, though, her new collection is a powerful continuation and culmination, both of her body of work and what The New Yorker’s Dan Chiasson has called “the lyric’s natural territory” of the “personal” and political. Citizen has the same subtitle, “An American Lyric,” as her previous volume, Don’t Let Me Be Lonely, and while the shared line invites comparison to one another, and to the previous poetic conceptions of selfhood, as in Walt Whitman’s “Song of Myself,” Rankine’s success rests less in her subversion of a tradition and more in her ability to record “moments as they pass.”

Courtesy of the Sony hack, the messages revealed in Amy Pascal’s email exchange with producer Scott Rudin—her wondering, for instance, if she should ask President Obama’s opinion on Django Unchained—is reflective of these passing moments, of what Rankine has fittingly labeled “invisible racism.” Usually referred to as a “microaggression,” Pascal’s lapse could be included among the opening pages of Citizen. It could fall, that is, among the racist experiences Rankine culls from her life and retells in the second-person: a man in Starbucks casually refers to a group of loud teenagers by the n-word; a colleague bemoans “the dean…making him hire a person of color when there are so many great writers out there”; a neighbor calls the police on a black babysitter, believing the man to be a criminal as he talks on the phone in the front yard. There are many other examples, and the “you” seems, whatever else, to elongate these episodes, to suspend them in space. The “you” is universal not only in personhood (in the idea this can happen to anyone who inhabits a “black body,” or the idea that these things occur to everyone who inhabits a “black body”), but in time.

These events seem to be forever unfolding, and in Citizen, Rankine explores their ongoing nature: “Each moment,” she writes, “before it can be known, categorized as similar to another thing and dismissed, it has to be experienced, it has be seen.” And that’s what she does. During PBS NewsHour, Rankine further clarifies her artistic goal as keeping these stories—whether it be a microaggression, or the shooting of an unarmed black man—as “present” as possible. Her motivation, in a sense, is to not let these moments pass, and she is never overwhelming in her criticism, nor bludgeoning or didactic in her tone. The book’s skillful movement from the microaggressions she witnesses to the deconstructions of Serena Williams in the media to her final ruminations on the deaths of Trayvon Martin, Mark Duggan, and James Craig Anderson don’t so much equate the inherent levels of racism than offer insight into how such horrible acts of violence happen in the first place.

Citizen is tight and slim, musical and beautiful. It can be completed in a single sitting, but the likelihood of finishing so quickly only enhances the resonance: The text itself becomes a moment that can pass. Contained to single glossy pages, these individual “moments” Rankine remembers go by in such a flash that they can seem inconsequential. But, of course, they’re not. Rankine implies that the slip of the tongue, as human and accidental as it might be, shows something buried deep within our culture: Magnified to the extreme, these off-cuff jokes, like Daniel Handler’s comment at the National Book Awards, become anxious cops with guns.