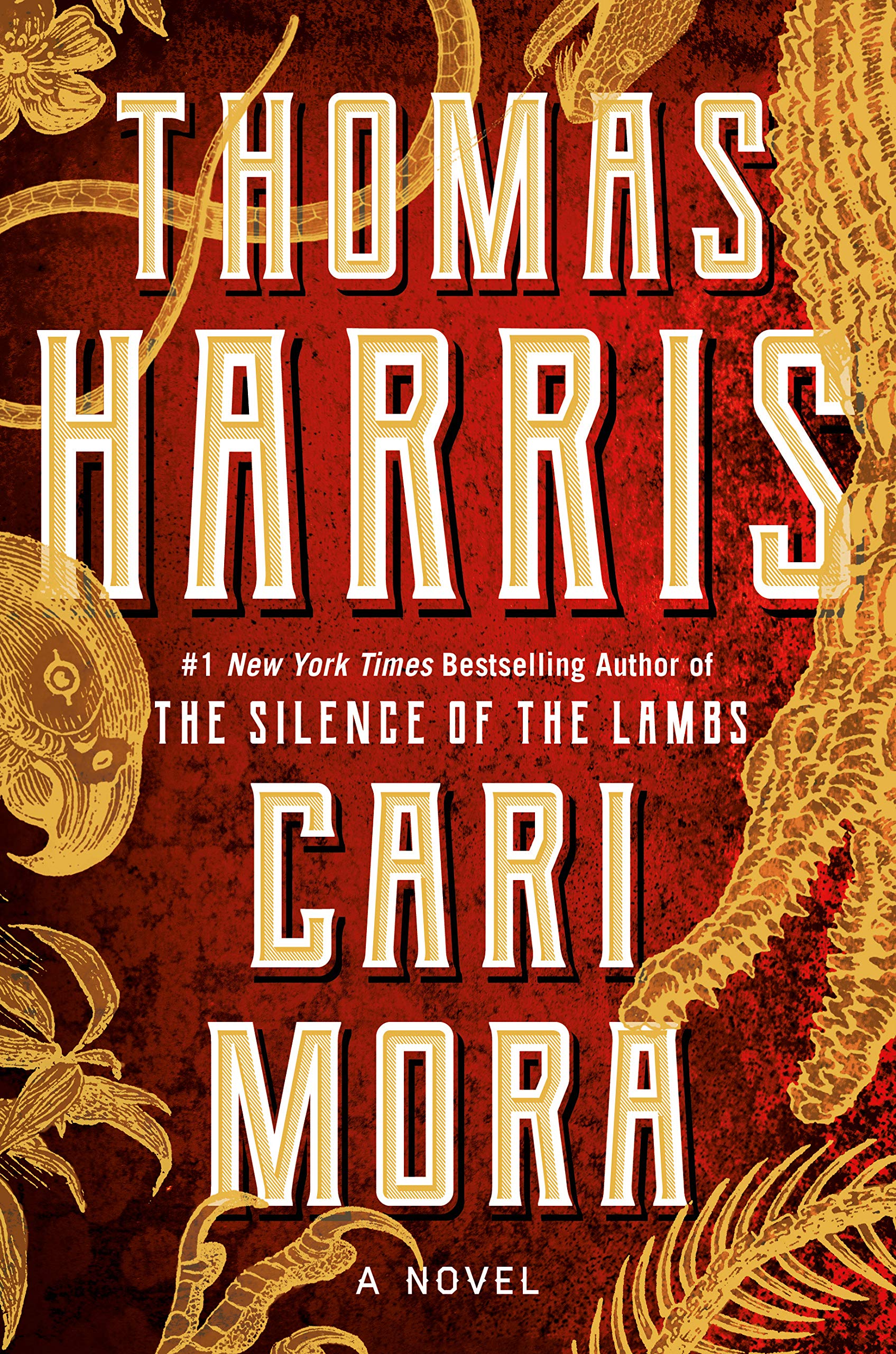 Thomas Harris’s Cari Mora is the author’s first novel since 1975’s Black Sunday to not feature Hannibal Lecter in some capacity. Fear not, though, for Harris has filled the space where his most famous creation might have been with a small army of psychopathic killers, the crown jewel of which is Hans-Peter Schneider, a completely hairless, reptilian man of German ancestry who captures and sells women as sex slaves to men in Peru and Colombia.

Like Mason Verger in Harris’s masterful Hannibal, Hans-Peter uses a constant cash flow to feed his ghastly appetite for human suffering. When the women he kidnaps don’t “work out for business,” as Harris puts it at one point, Hans-Peter harvests their organs for the black market and then dissolves their bodies in an expensive liquid cremation machine, of which Schneider is “very proud.” And as in his Lecter novels, Harris fathoms this man’s perspective on the world in ways that are at once spectacularly horrifying and mordantly amusing.

Harris quickly introduces Hans-Peter as a nightmarish hybrid of man and animal, whose “canine teeth” accompany a “startling ability to mimic” the voices and movements of others. As the novel commences, he’s set his eyes on the eponymous Cari Mora, the twentysomething caretaker of a mansion located along Miami’s Biscayne Bay, where he believes between 25 and 35 million dollars worth of gold lies buried beneath it. He’s correct, but he and others will have to get through traps of explosives and saltwater crocodiles to claim it.

The novel moves from settings in Miami and Barranquilla, Colombia, with the action in one place impacting some of the decisions made in others. Variously drawing on legacies of Nazism, Jim Crow-era racism, and the Cali Cartel, Cari Mora is a wellspring of intimations that stresses the monstrousness of a male pathology that thrives on the torture of others, particularly women. In Barranquilla, Don Ernesto, a mysterious man involved in the criminal underworld, consults with Jesús Villarreal, a former associate of Pablo Escobar, who previously owned the mansion in Biscayne Bay. Jesús has already sold his knowledge to Hans-Peter, but Ernesto wants in on the action as well. In Miami, Hans-Peter has a cadre of goons. Among them is Felix, a serpentine real estate agent, and Bobby Joe, whose fingers are lettered “love” and “hate” à la Robert Mitchum’s murdering preacher in The Night of the Hunter and whose truck boats a bumper sticker reading: “IF I’D KNOWN THIS I WOULD OF PICKED MY OWN COTTON.” Harris depicts these men as cultural manifestations of greed and hatred whose monomaniacal perspectives implicitly stem from histories of nationalist violence.

If Hans-Peter is Harris’s approximation of a modern-day Hannibal Lecter, then Cari might be said to be the author’s reimagining of Clarice Starling. Cari formerly fought for the Revolutionary Armed Forces of Colombia, or FARC, and now resides in the United States under Temporary Protected Status. She desires nothing more than to become a veterinarian and to live in a place of her own. She spends numerous hours at the Pelican Harbor Seabird Station supporting wildlife rescue, and tends to a large white cockatoo that lives in the mansion. Oh, and she also knows how to assemble and lock and load an AK-47 in 45 seconds.

Harris further balances a sense of Cari’s vulnerability and strength by steadily articulating the cunning churn of her consciousness. When Felix introduces Hans-Peter and his crew as filmmakers who wish to use the mansion for a shoot, Harris briefly drops us into Cari’s headspace as she feels the group of men thinking, “Pull a train, pull a train.” Cari isn’t a mystic, but she does seem to know from the look on a man’s face the horrific extent of his intentions. That the mansion is permanently decorated with “lunging and reaching” monster mannequins from horror films is Harris’s coup de grace: Cinema’s imaginings are but a knick next to the war that’s responsible for Cari’s psychological wounds and scars on her body.

Structurally, Cari Mora is jammed with too many secondary characters whose purpose proves mostly beside the point to the central, looming clash between Hans-Peter and Cari. Such as Detective Robles of Miami-Dade homicide. His home was hit with gunfire from illegally made weapons that wounded him and caused his wife brain damage. Harris introduces Robles around the 100-page mark, giving his plight a couple of chapters before then abandoning him until he’s needed toward the novel’s end—and even then, his function feels incidental.

Then there’s the group of men, led by one Captain Marco, who are hired by Don Ernesto to work as counter-insurgents against Hans-Peter and to, finally, secure the gold for themselves. Although their presence proves necessary for helping Cari to evade capture by Hans-Peter, Harris misses the opportunity to use these characters as a means of meaningfully fleshing out the legacy of immigrants residing in contemporary Miami. While these figures, too, help Harris to conjure some convincingly cold-blooded acts of violence, especially in an extended bit of gunplay involving Hans-Peter and a hired gun named Candy, much of the novel’s weightier themes are momentarily cast aside throughout these moments.

Cari Mora is at its best as a sustained meditation on the ineffable extent of humankind’s capacity for brutality in the name of personal gain, especially when Harris homes in on the history of violence that brought Cari to the United States in the first place. An extended flashback details Cari’s attempted brainwashing by FARC, though from the beginning of her training she remains resistant, receiving “demerits for inattention in indoctrination classes.” When Cari discovers that FARC is slaughtering entire villages just like the ultra-right paramilitary, she makes a plan to escape from FARC’s ranks for good.

Harris acutely frames his characters as predators and prey, associating their behaviors to those of the hungry crocodiles and helpless pelicans that inhabit Biscayne Bay. While Hans-Peter, a man for whom “the sound of a woman crying” is “soothing,” sustains himself on the blood and tears of others, Cari cares for the environment as a means of freeing herself from the insanity that surrounds her. How these two perspectives clash, and are finally resolved, provides an ending more conventional than that of Hannibal, but nevertheless carries an irony befitting Harris’s ongoing consideration of how light and dark are often interchangeable.

Thomas Harris’s Cari Mora is available on May 21 from Grand Central Publishing.

Interview: Paul Tremblay on Growing Things and the Hope of Horror Fiction