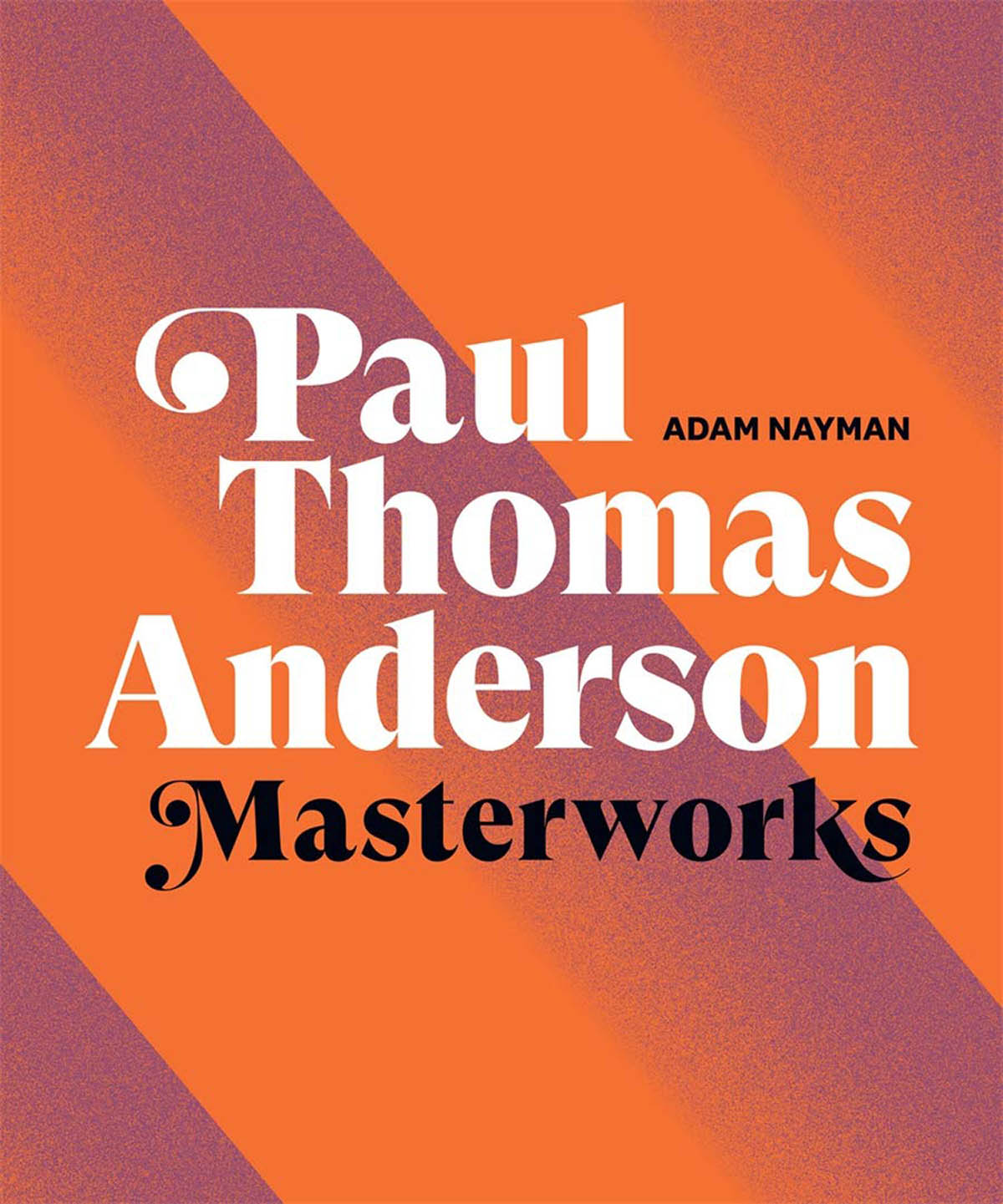 The title of Adam Nayman’s Paul Thomas Anderson Masterworks is misleading, evoking what the author refers to in the book’s introduction as “…cheerleading—the stroking, in prose, of already tumescent reputations.” While Nayman clearly reveres one of the most acclaimed and mythologized of contemporary American filmmakers, he’s willing to take the piss out of his subject, sveltely moving between Anderson’s strengths, limitations, and the obsessions that bind them, fashioning an ornate and suggestive system of checks and balances. Like Glenn Kenny’s Made Men: The Story of Goodfellas, Masterworks pushes back against the simplistic, bro-ish language of adulation, and attending backlash, that often obscures a major artist’s achievements. In the process, Nayman achieves one of a critic’s loftiest goals: grappling with a body of work while honoring its mystery.

Masterworks is uncomfortable with the modern iteration of auteurism, which has been corrupted from its French New Wave origins by being utilized as often macho shorthand that denies the contributions of other craftspeople involved in a film’s production. (At the end of the book are several essential interviews with key Anderson collaborators, such as producer JoAnne Sellar, cinematographer Robert Elswit, production designer Jack Fisk, and composter Johnny Greenwood.) Seeking to refute the Horatio Alger element of a particular auteur worship, in which a body of work is discussed chronologically, with a filmmaker’s maturation noted with easy retrospection as a kind of manifest destiny, Nayman assembles Anderson’s films in chronological order according to the time periods in which they’re set. The book opens with 2007’s There Will Be Blood (the director’s fifth film) and penultimately concludes with 2002’s contemporary-set Punch-Drunk Love, Anderson’s final (to date) curdled valentine to San Fernando Valley, as well as his first psychodrama with a loner at its center. Nayman only deviates from this concept once, as 2017’s Phantom Thread, Anderson’s eighth and most recent film, is saved for last and presented as a culmination of a blossoming sensibility.

This structure creates a fascinating temporal zig-zag that mirrors the chaotic, uncertain highs and lows of creative work. Masterworks moves us forward in the timeline of Anderson’s America while the filmmaker himself leaps all over the place in terms of artistic control. The wrenching ambiguity of 2014’s Inherent Vice, in which Anderson fluidly dramatizes the psychosexual ecstasy, despair, and hilarity of corrosive commercialist annihilation, gives way in the book to Anderson’s 1997 breakthrough, Boogie Nights, which Nayman astutely sees as a virtuoso primitive work, an epic that (too) neatly bifurcates pleasure and pain into two distinct acts while disguising its sentimentality with astonishing camera movements and a tonal instability that’s probably equal parts intended and inadvertent.

Control is the theme of Masterworks. Nayman charts, again in a nearly reverse order, how Anderson reigned in his juvenilia—the self-consciousness, the overt debts to various filmmakers, the wild mood swings—to fashion a tonal fabric that still makes room for all of those qualities, only they’re buried and satirized, existing on the periphery. The essential valorizing of Jack Horner, the paternal porn director of Boogie Nights, eventually gives way to the richer, more fraught examinations of obsessive pseudo-father figures like Daniel Plainview, Lancaster Dodd, and Reynolds Woodcock, of There Will Be Blood, 2012’s The Master, and Phantom Thread, respectively. Anderson’s films toggle between valorizing and criticizing men of industry who’ve, with a few exceptions, made America in their own neurotic image.

As these characters grow in complexity, their ingenues also evolve in nuance, becoming less fantasy projections of Anderson’s own desire to prove himself than startlingly unique expressions of rootlessness and ambition. Boogie Nights, which Nayman calls a two-and-a-half-hour dick joke, even sets the stage for the ironic phallic references of the other films, with their plunging oil derricks, broken glass toilet plungers, and, well, Woodcocks.

No critic has written so perceptively about Anderson’s mutating aesthetic as Nayman does in Masterworks. Most immediately, it’s a pure, visceral pleasure simply to read Nayman’s descriptions of imagery. On There Will Be Blood, he notably writes the following: “Emerging and descending at his own methodical pace, he’s an infernal figure moving in a Sisyphean rhythm, and the trajectory of his movements—grueling ascents and sudden, punishing drops along a vertical axis, punctuating an otherwise steady horizontal forward progress—establishes the visual and narrative patterning of the film to come.”

Such “patterning” is an obsession of Nayman’s, as it should be given the films under consideration, and he shows how Anderson buried the overt psychosocial daddy and women issues of Boogie Nights and 1999’s Magnolia into an intricate formalism that’s complemented by a new kind of instability: unconventional, unexpected ellipses in the narratives that underscore a sense that we’re missing something in the psychology of the protagonists, in the America that contains the characters, and perhaps even in Anderson’s understanding of his own work. The obsessive nature of Anderson’s bold often “lateral” imagery is also enriched by the endless twins and doppelgangers that populate his films, suggesting that he’s chewing, with increasing sophistication, a set of preoccupations over and over, gradually triumphing over his fear of women as he sees his men with escalating clarity. Nayman uncovers many twins and cross-associations that have never personally occurred to this PTA obsessive, such as the resemblance that Vicky Krieps’s Alma of Phantom Thread bears to the many dream women haunting Joaquin Phoenix’s Freddie Quell in The Master, or how the mining of oil in There Will Be Blood is later echoed by the exploitive plumbing of minds in The Master.

Nayman’s discussion of Anderson’s ellipses—especially the bold leap 15 years in time near the end of There Will Be Blood as well as the two-year jump near the beginning of the filmmaker’s 1996 feature directorial debut, Hard Eight—implicitly cuts to the heart of why some critics and audiences resist Anderson’s work. Some people believe that Anderson uses such devices to write himself out of corners, excusing himself from the task of building relationships or establishing in more detail the contours of the history informing the films, while, for his admirers, such flourishes are suggestive and freeing—excusing not only the author, but the audience from thankless exposition so as to skip to the “good parts,” the moments that cut to the heart of the protagonists’ and Anderson’s demons. Nayman understands Anderson to be fashioning a cumulative hall-of-mirror filmography that highlights an America in elusive, surreal, even daringly comic fragments. Or, per Nayman: “His later films are masterworks that don’t quite fill their own canvases, drawing power from the negative space.”

NewFest 2020: Dry Wind and Alice Júnior Take Aim at the Patriarchy in Brazil