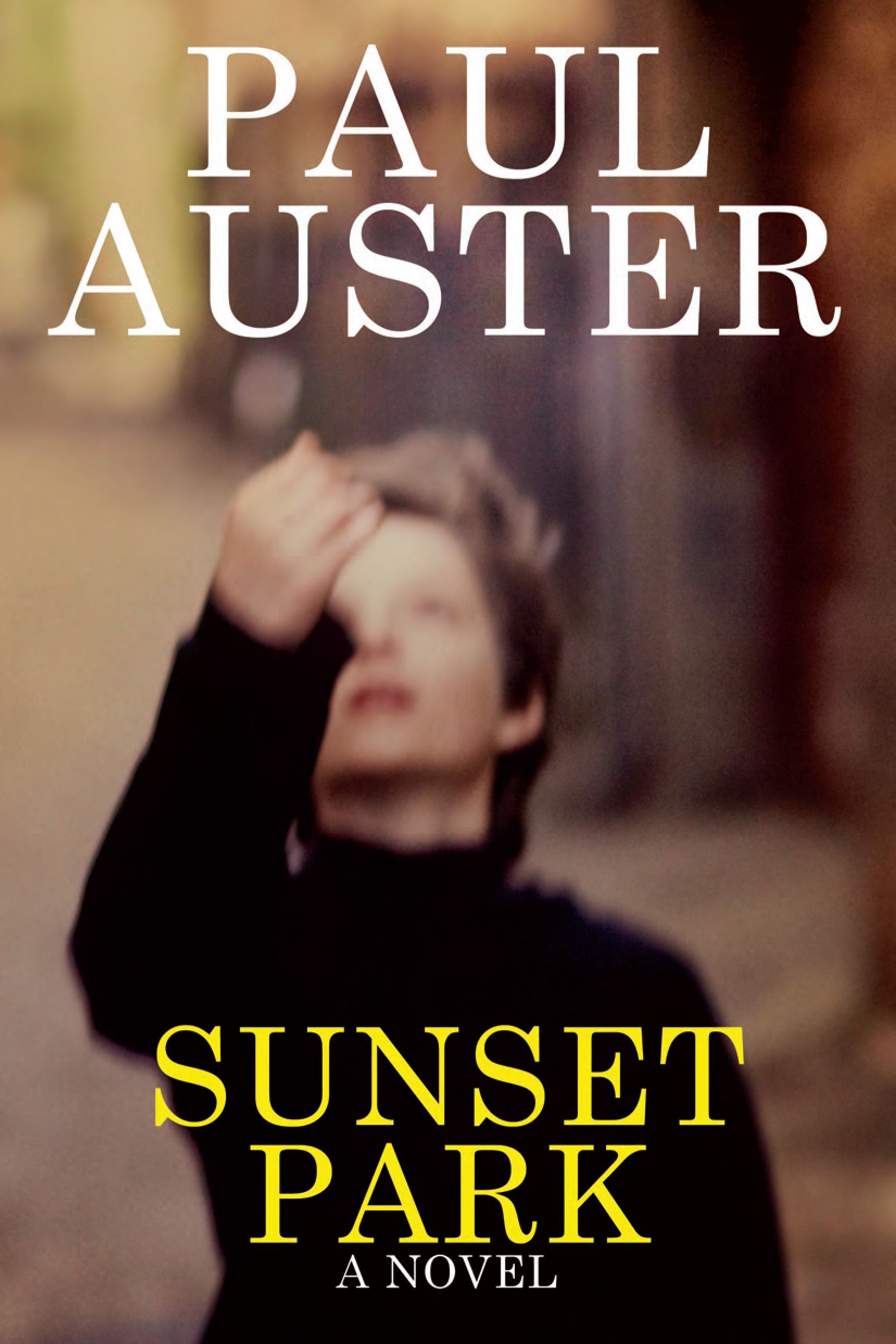 Paul Auster’s new novel, Sunset Park, begins in South Florida circa 2008, a landscape of freshly foreclosed homes where the drywall is frequently decorated with punched-in holes courtesy of angry, cast-out homeowners. The story quickly migrates north to the novel’s eponymous Brooklyn neighborhood, where a group of otherwise lawful young citizens have decided to squat in a decrepit old house, tucked away discretely on a dead-end street abutting foggy Green-Wood Cemetery. Although most of the action takes place outside the neighborhood, the dreary Sunset Park property serves as the novel’s thematic nucleus, a physical and symbolic halfway house for cash-strapped, high-rent refugees and wounded souls who find themselves without a home.

Twenty-eight-year-old Miles Heller is the focal point, handsome and intelligent and quietly magnetic (Auster tells us more than once), a precocious well-to-do son of a prominent New York publisher and famous actress. Miles, guilt-ridden after the accidental death of his step-brother seven years earlier, dropped out from his Ivy League life, cut all ties with family members and took to wandering the country, taking busboy and construction gigs in a long streak of self-imposed, blue-collar penance. When we meet Miles, he’s working at “trashing out” foreclosures in Florida, where he is compelled to take pictures of all the abandoned personal possessions he comes across. He lives alone, keeps to himself, tells no one his history, and appears to be developing into a modern ascetic: “Bit by bit, he has pared down his desires to what is now approaching a bare minimum. He has cut out smoking and drinking, he no longer eats in restaurants, he does not own a television, a radio, or a computer,” writes Auster.

Miles is ready to pick up and leave Florida, to continue his wandering jag of quiet desperation in a new state. He would leave in a flash, if not for the sudden appearance of “the girl.” The girl is Pilar Sanchez, a perky, pretty and bright 17-year-old he meets at a local park, bonding with her over an “identical soft-cover edition” of The Great Gatsby. They fall in love, move in together, and start to build a life of mutual encouragement. But the budding relationship is suddenly thrown off-track by Pilar’s callous older sister, a turn of events that sends Miles into another period of self-imposed exile, this time up north to Brooklyn. There he will wait out the months until his beloved Pilar turns eighteen and he can safely, and legally, return and be with her.

And so it is that Miles finds himself back in New York, accepting an invitation from childhood friend Bing Nathan to take up the spare bedroom at Sunset Park. There he joins the Sunset Park family: lonely, defeated Ellen Brice, real estate paper-pusher by day, failed artist by night; and witty Alice Bergstrom, the kind and maternal presence of the house, a PhD student writing her dissertation on the Hollywood classic The Best Years of Our Lives and the generation of muted men who returned from WWII bearing psychological wounds that would go unexamined and unspoken. The head of this house is self-styled revolutionary Bing, “a sloppy bear of a man,” rock drummer on the weekends, owner of a Park Slope vintage repair shop, the Hospital for Broken Things, by day.

Bing and his small army of Sunset Park squatters are part of a generation of unsettled, college-educated twenty- and thirtysomethings, bright, artistically-inclined men and women, perpetually short on cash, cobbling together a living with part-time jobs to make time for personal pursuits. The decision to move into the abandoned house is both practical and political, a means to save money, but also a small rebellion against a high-rent system that would bleed them dry. Curiously, beyond the house and cemetery, the neighborhood itself, the geography of cash-lending storefronts, semi-industrial grit and thriving immigrant populations, is rarely evoked. In Auster’s hands, Sunset Park takes on dream-like tones, becoming a desolate, fictional hinterland readymade for melancholy wanderers.

Auster takes turns with his characters, alternating chapters and points of view, inhabiting most of these with convincing insight. He has fashioned a loosely structured novel that, in spite of its notable shortcomings—dramatic set-ups that don’t pay off, unconvincing plot developments and important characters (Miles, Pilar) that remain inexplicably flat—the narrative remains compelling. Auster, gathering his obsessions with baseball player biographies, Brooklyn, The Best Years of Our Lives and his extended cast of walking wounded characters, manages to ponder “imponderable” questions of fate, family, home, history, and the general strangeness of being alive.

Paul Auster’s Sunset Park was released on November 9 by Henry Holt and Company.

How Pain Shapes the Future: Gabriel Urza’s All That Followed Patricia Isabel Escárcega is a writer and journalist based in California. Her writing has appeared in the Los Angeles Times, The Phoenix New Times, and other publications.

Review: Dinaw Mengestu’s How to Read the Air Is an Elegiac Road Trip