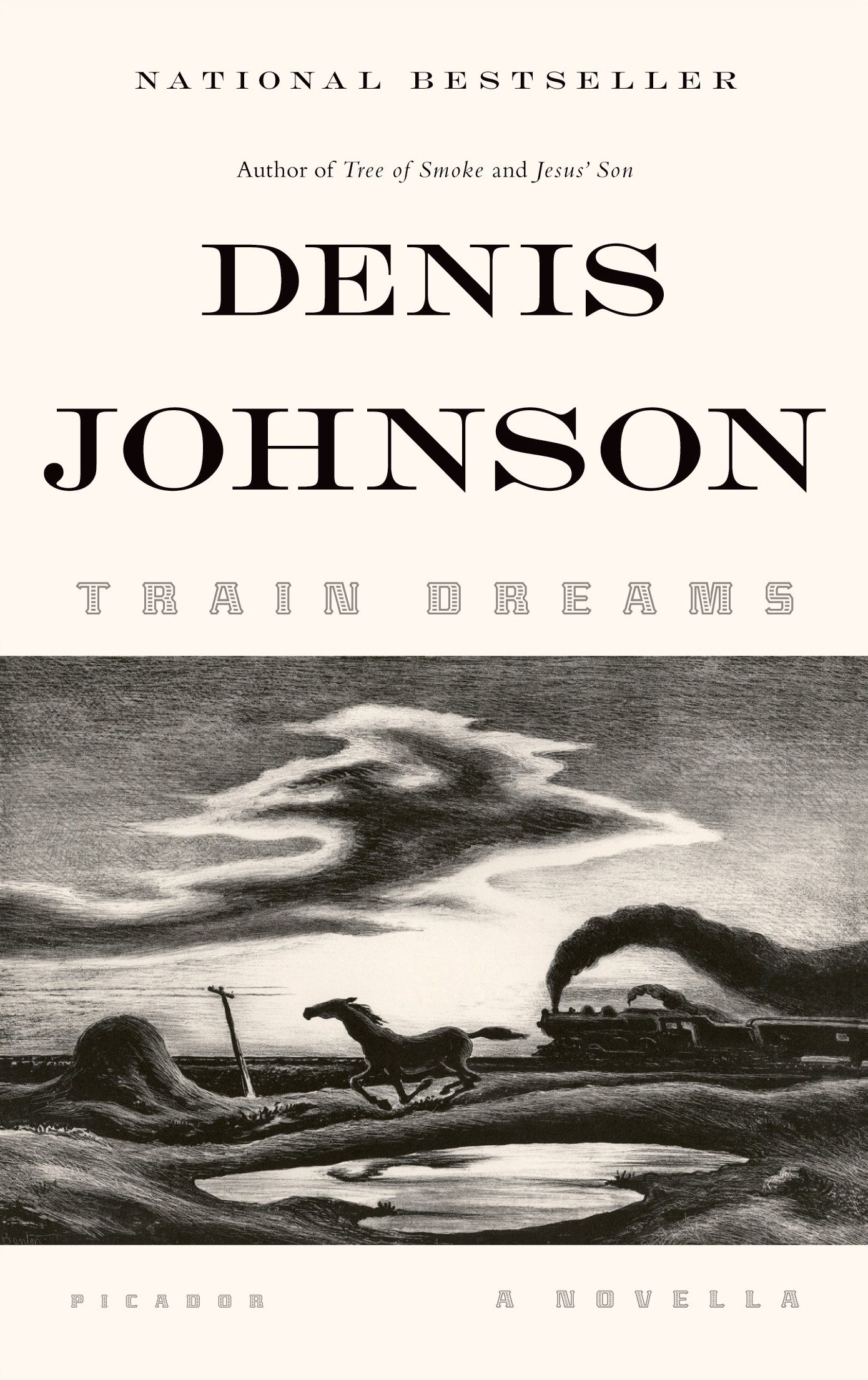 Despite its mostly linear cradle-to-grave movement, Denis Johnson’s Train Dreams makes two very notable exceptions to make clear what it’s after, introducing us to its subject well past his birth and receding from his death at the book’s conclusion. The subject is Robert Grainier, a Depression-era laborer who makes a living on the construction of railways, but the framework is his curse—its placement and its lifting.

The novella opens with Grainier on the site of a railway in progress, where a Chinese laborer has been accused of theft; seeing a group of whites struggle to wrestle the Chinese laborer up the slope of a cliff, Grainier joins in, eventually handling the victim’s feet and asserting himself as primary among the captors. The Chinese laborer escapes anyway, maneuvering the partial trestle of cliffside tracks like monkey bars, and the assaulters go their own ways. Grainier’s own way is through the woods and back to his young wife and daughter at home, along which he pauses to consider what he just did and almost did. Over the course of a two-mile detour, he decides that the Chinese laborer must have placed a curse on him, and that tragedy is in store.

We see a little more of Grainier before his life’s true beginning. There’s Grainier feeding his wife a sarsaparilla tonic to soothe her headache; when she takes it, he asks her if their daughter will taste it in her milk, to which his wife’s response is: “of course.” There’s Grainier surviving a flu epidemic at a job site, contemplating his boss’s own encounter with the flu as a child. There’s Grainier paying to see the world’s fattest man and being immediately asked to purchase a souvenir photograph. And there’s Grainier conflating that memory with one of himself on one side of a bridge in Troy, Montana, sitting for a haircut as Elvis Presley’s private railway car passes through the little town. The sudden collage of scenes, compressed and there without disclaimer or transition, becomes a kind of primer for the rest of the book; tragedy, here, is to be inevitable, the structural irony of a man who cannot so easily do away with the past, helping to build the modern world.

Freed of the first-person vernacular that kept Jesus’ Son in check, the author lives in the minutia of his scenery, and the resulting paragraphs are almost reverent: “At the landing crouched a giant engine the captain called a donkey, an affair with two tremendous iron drums, one paying out cable and the other winding it in, dragging logs to the landing and sending out the hook simultaneously to the choker, who noosed the next log.” Busy with mysterious loads of coal and other assorted future-substance, the many hulking structures of steel and wire that connect Grainier to the world are brought to life with an almost steampunk intricacy.

Foregrounding the crossing vertical and horizontal paths of Grainier’s work sites are his everyday activity, which are mostly grounded—with the exception of a harrowing four-dollar biplane ride at the Spokane County Fair. He grows up working, marries and widows and works some more, and lives a very long and full life over of the course of a hundred pages. The moments that catch the author’s eye are the chance encounters that Grainier will wonder about for years—conversations with oracular transients, wildfires and wolf-girls, and the time a neighbor, a bald man “always in a denim oversuit, always hatless,” tries to get him to drink from a spittoon. An anecdote involving a man who got shot by his dog takes up 10 percent of the book, and is then later reminisced about in a low pre-epiphany moment. The episodic nature imposed by this selective attention will elicit comparisons with Jesus’ Son, but the focus in Train Dreams is larger and more constrained, less anxious to stare at the sun; the object here is not to follow a person or issue, but rather to capture a time. And when that time is, in the fateful and plainspoken words of the story, “gone forever,” and Grainier is dead and buried, a generation’s legacy disappears, as the fruits of their labor make their way of living obsolete.

Denis Johnson’s Train Dreams is available on August 30 from Farrar, Straus and Giroux.

In Find Me, the Sequel to Call Me by Your Name, the Echoes of Love Are Resounding

Debating at the End of History: Ben Lerner’s The Topeka School 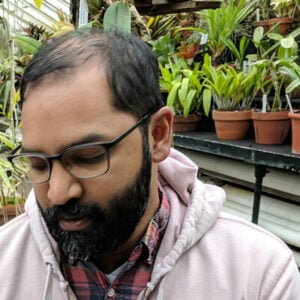 Sumanth Prabhaker is the editor in chief of Orion magazine.