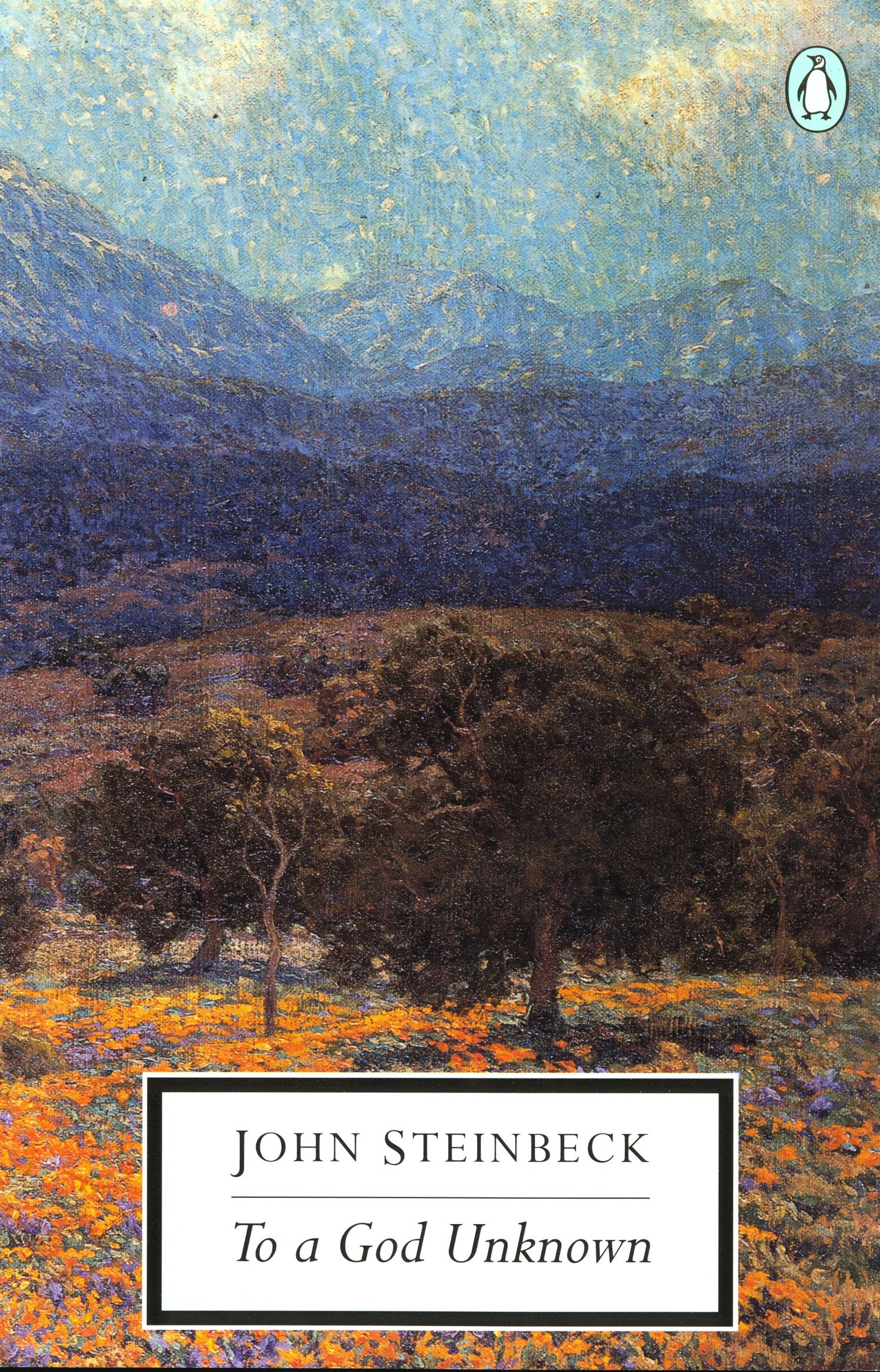 Economic woes can change a person. Take the money from someone’s wallet, starve them for a time, and what they once thought important falls quickly to the realm of secondary consideration. In matters of romance, as happened during the Great Depression and other periods of history where need weighed heavily on the world, love is trampled by the desire for gain. Profitability and the perception of security hold dominion. Passion, affection, a pounding pulse, butterflies in the gut—those matter far less in times of prolonged hardship. Perhaps romance, those unspoken, treasured feelings that two souls share by looking into the eyes of the other, can still result from a union built first on shelter from the cruel world and monetary expectations.

This is a question posed in the text of John Steinbeck’s To a God Unknown, and a theme that often saturates his esteemed prose. Relationships are woven throughout the author’s lesser-known novella as farmer Joseph Wayne comes to terms with the land and the myriad complexities found in the weather, the soil, and those who live and die by its fickle temperament. More interesting, however, is Wayne’s relationship with Elizabeth, a local schoolteacher in the small community of Nuestra Señora, located close to the Monterey Peninsula of California. Born of necessity, both for a need to be wed to the “proper” person and one’s need to continue the bloodline, Steinbeck brings the idea that love can indeed follow the initial idea of gain. Subtly, however, he strips the notion from the reader’s subconscious, leaving love born of profit as nothing more than a robotic dance of preconceived ideals.

When the Wayne homestead begins to perish under a parched, acrid sun, Joseph discovers a moss-covered stone heavy with old magic near his home. The large boulder lays hidden in a lush pine grove, the only area where water can still be found on his miserable tract of land, found mere miles from the pounding surf of the Pacific Ocean. It is this grove where Wayne’s true love exists, his love for the earth and the bounty it can both bestow and take away. The power of the stone, the “Unknown God,” brings Elizabeth to its side as well, though both Elizabeth and Joseph soon meet their demise at its dark beckoning. Elizabeth, wisely, fears the stone and attempts to confront those fears by climbing atop the moss-covered boulder. A misstep, however, sends the young woman tumbling from the rock and, ultimately, to her death.

Wayne snuffs his own life upon the moss-covered stone shortly thereafter. His suicide, proof of his love for the land, brings the onset of rain at the novel’s somber conclusion. All gain, all benefit, pour from his wrists as Wayne makes the ultimate sacrifice to the land he loved so much.

Adolf Hitler rose to power in 1933, opening the first concentration camp in Europe. The Great Depression reached its zenith that year, with one out of every four Americans out of work and destitute, and drought brought the foul Dust Bowl to the parched, cracked lips of many throughout the Midwestern states. It’s easy to picture Steinbeck at work on this morose addition to his canon during this period, which ultimately took him nearly half a decade to complete. The complexities of love, the romantic war of profit over emotion, raged on a far similar level to the war for survival, both in the impending German threat and the threat of starvation much closer to home.

If anything, Steinbeck proved that survival and want, passion and desire, while so attuned to the other, are often polar opposites.

To purchase John Steinbeck’s To a God Unknown, click here.

Emma Straub’s Other People We Married