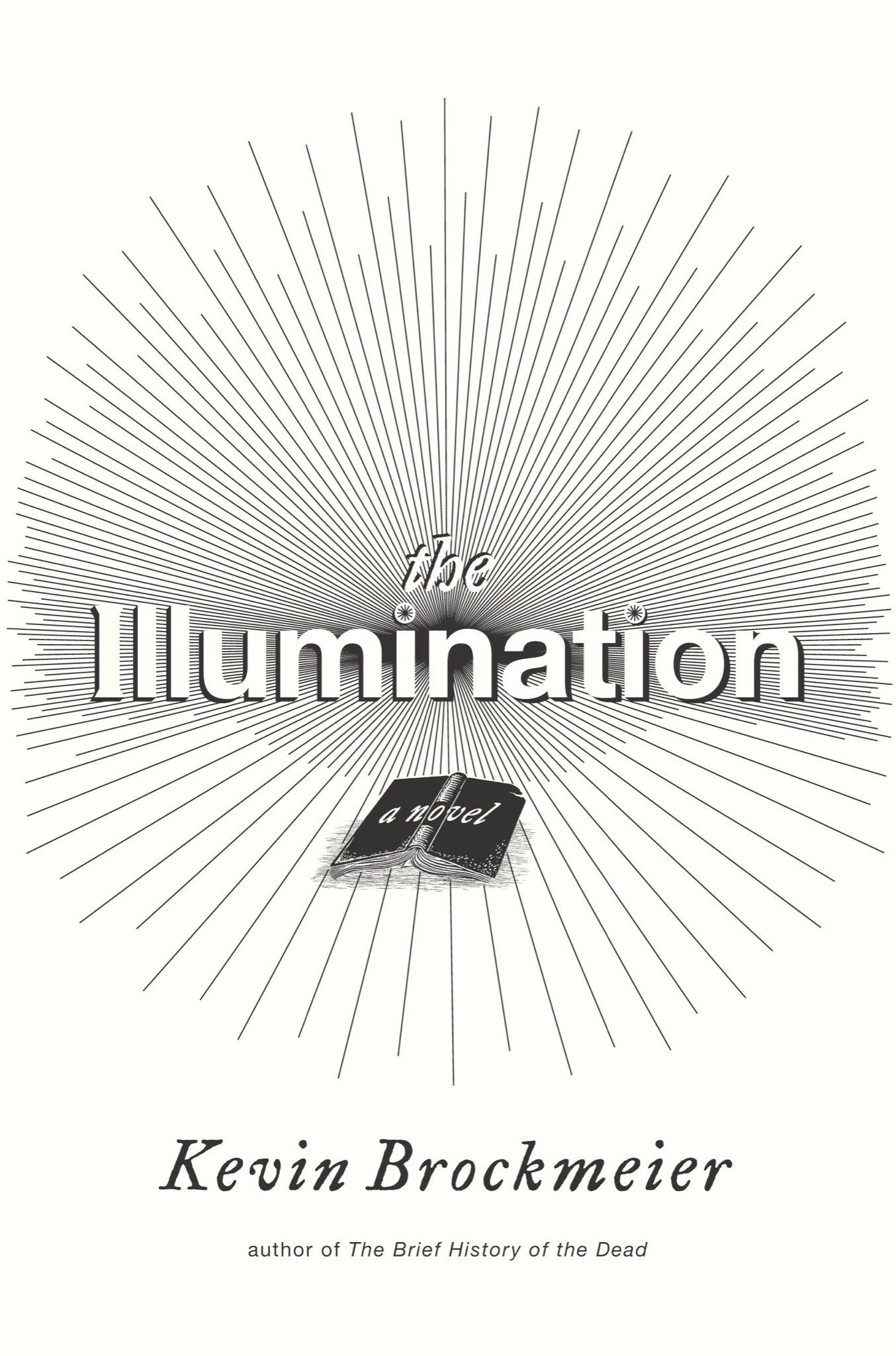 The eponymous phenomenon of Kevin Brockmeier’s new novel The Illumination begins on an otherwise typical Friday evening, a little past eight in the evening. With no warning and no explanation, light begins to emanate from suffering, pained bodies, illuminating the source of the affliction. All over the world, it seems, light suffuses wounds, injuries large and small, aches minor and major. No explanation ever comes, either by way of causes or a sense of significance, and one of the most impressive aspects of The Illumination is its refusal of tidy conclusions. Rather than explore the reasons, Brockmeier focuses on the results; the novel works as a study in the “new normal,” pondering the ways in which we subtly adjust and absorb, internalizing the rhythms of a rearranged world. What these illuminated wounds, these laminated heartbreaks, these shining hurts might mean is never definitively established; instead, The Illumination homes in on six lives and offers up a kaleidoscopic view of a society coalescing around a trauma, grappling with circumstances beyond human understanding.

The first of the Illuminated is Carol Ann Page, who, on that fateful Friday severs the tip of her thumb as she attempts to open a package sent by her ex-husband. Waking up from surgery, Carol Ann notices a light “leaking out from around the wound,” gradually coming to realize that her condition is now universal, reports of bright injuries streaming in the world over. While she recovers, Carol Ann briefly encounters a victim of a car crash, a woman who, before dying, hands her a journal of love notes she has faithfully transcribed the letters her husband left for her each morning. It is this journal—filled with a running tally of peculiar “I love you’s”—soon becomes the thread that binds the novel’s otherwise disparate protagonists together. From Carol Ann, it finds its way back to Jason Williford, the dead woman’s husband and original author of the note; from Jason, it proceeds to Chuck Carter, a bullied 10-year-old, whose apparently defenseless muteness belies his complex imaginative life; Chuck hands it to Ryan Shiffrin, a Christian missionary, whose faith is repeatedly shaken as he travels throughout America and to Africa. Eventually, the journal turns up in the hands of Nina Poggione, a writer who uses it as artistic inspiration, until her teenage son winds up mistakenly giving it away to Morse Putnam Strawbridge, a homeless bookseller.

The journal becomes a totem of sorts, its unspooling observations of lovable idiosyncrasies an incantation. “I love those three perfect moles on your shoulder—like a line of buttons. I love the sound of your voice over the phone when you’re trying to hide the fact that you’re doing a crossword puzzle from me. I love your lopsided smile. I love the way you leave a little space between each piece of bacon on your plate,” runs a typical page, piling profession of love upon profession of love. But like the Illumination itself, the compiled notes are fraught with endless meaning that is never fully realized.

This, finally, is both achievement and shortcoming. The Illumination suggests, in its very title, the possibility of enlightenment, of revelation, but it sheds—pardon the pun—little light. Do the pains we experience elucidate our innermost selves? Do we suffer into a kind of grace? Are our connections forged through shared affliction? The novel suggests such possibilities without really pondering them, just as it holds up tenderness as potential panacea, without following through on the implications of this intimation. In refusing easy answers, Brockmeier avoids patness, avoids triteness and too-easy spirituality. But he also, it seems to me, evades the messy complication of his premise. The Illumination is, in the end, not so much a novel as a collection of short stories, slight fictions that work, sometimes quite beautifully, on their own, but do not add up to something more. There is, for example, no single moment here that crystalizes the meaning of these events, no single moment like the one in Martin Amis’s Time’s Arrow when the gas chamber produces life, produces human beings, and the inversion of time makes terrifyingly beautiful sense. Still, that Brockmeier makes us long for such a moment is testament to the world he has created, a world infinitely messed up and mysterious, longing to be understood.

Kevin Brockmeier’s The Illumination is now available from Patheon.