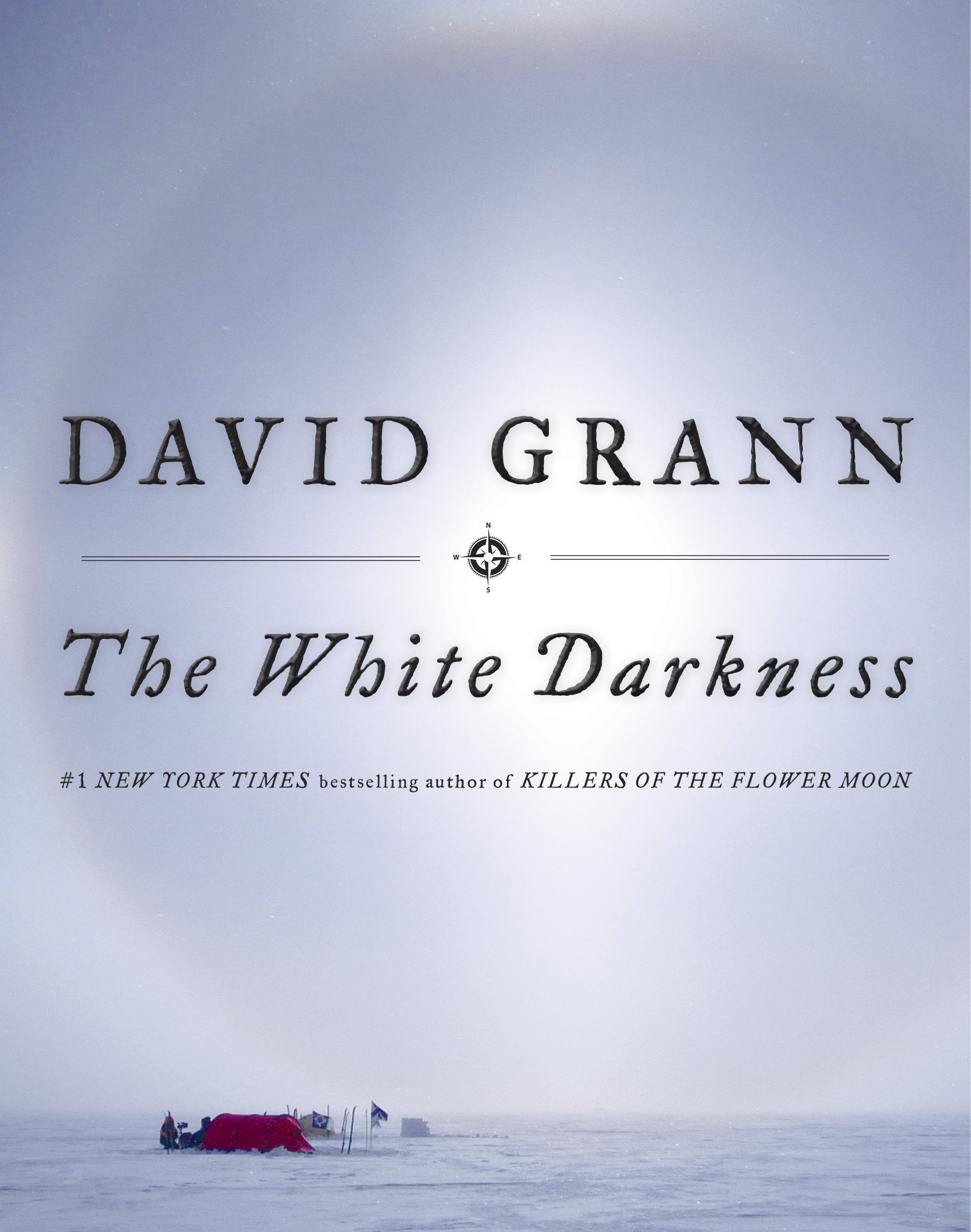 There’s a ghostly quality to much of David Grann’s nonfiction. It manifests variously, trailing annihilations both concrete and abstract. He’s written about seekers who became phantasmal figures, to differing extents, in the lives of their loved ones. In Killers of the Flower Moon: The Osage Murders and the Birth of the FBI, he details a murderous conspiracy that targeted the Osage Nation in the early 20th century. In his New Yorker essay “Trial by Fire,” he reports on a man who, after being placed on death row through flimsy evidence, sensed “that his life was slowly being erased.” And there’s also, among other examples, “A Murder Foretold,” Grann’s piece about a Guatemalan lawyer’s response to the murder of his fiancé and her father. We learn that the lawyer pored over surveillance footage of the moments preceding the crime. At one point, he longingly “touched the television screen—she was there but not there.”

That gesture is faintly echoed in Grann’s latest book, The White Darkness. In 2003, Henry Worsley, the book’s subject, traveled to the gravesite of Ernest Shackleton, the polar explorer. Upon arriving, he extended his hand toward the tombstone. Worsley, who served in the British army and completed two tours with the Special Air Service, regarded Shackleton as a hero. In order to reach the gravesite, he traveled to the far shores of South Georgia Island in the southern Atlantic Ocean. And he would, in the years that followed, travel farther still. In 2008, after much preparation, he began his first expedition across Antarctica. And he later decided to attempt two more.

The book mainly focuses on the first and third journeys, which were inspired by Shackleton’s own Antarctic expeditions in the early 20th century. Grann, then, is again relating a story that’s animated by absence. Ghostliness emanates easily in this account, not only through the hallowed gravesites, but also the expeditionary trappings and lodgings that have borne the passage of a century. It emanates, too, through the descriptions of Worsley’s efforts. In that respect, the book is a record of a life lost to profound ambition. Worsley died in 2016, shortly after failing to singlehandedly complete the same trans-Antarctica crossing that once eluded Shackleton.

The inspirations and perils of hero worship are thoughtfully probed by Grann. And Worsley’s wife and children figure significantly in the book, establishing much of its poignancy. In addition, Grann culls from the literature on early polar exploration, placing Worsley’s struggles within the context of his luminaries. What’s more, Grann’s reliably limpid prose is set alongside numerous photographs, many of which provide haunting views into Shackleton and Worsley’s respective quests. This enhances an already compelling depiction of Antarctica, whose hazards are revealed in scenes drawn from the history of the continent. We read about, for instance, the amputation of five toes; an explorer who wandered from camp and never returned; and a Manchurian pony that was swallowed by a deep crevasse. Such details bear out the sinister implications of the book’s title, which, among other meanings, suggests an inversion of the white light that’s associated with the imagined threshold of the afterlife.

While Antartica has a small population of researchers and laborers, Worsley’s story mostly pertains to the more desolate areas of the continent. And there’s a purgatorial quality to his expeditions. Grann indicates as much when he compares Worsley’s experience on the Titan Dome to being “trapped in an infinite beyond.” He later notes that each time the icy ground broke open, Worsley “leaned over and glimpsed the underworld—a chute swirling into darkness.” Worsley, following ghosts both ancestral and heroic, wound up in a frozen desert that can turn the steeliest adventurers into living phantoms—or do away with them entirely. At one point, Grann describes Worsley’s companions through a litany of physical horrors: “Their skin clung to their skulls and their eyes were sunken; they had wild beards and untamed hair that gleamed with ice.” In the book’s context, these aspects are less a denigration of Antarctica than a recognition of its power. As Worsley notes during his last expedition, “Trespassers will be punished.”

Grann, though, is just as attentive to the land’s magnificence. During the first expedition, Worsley and his two companions fell into stretches of silence as they trudged across the Ross Ice Shelf. It’s noted that one of the men, Henry Adams, amplified the mood by listening to Rachmaninoff’s Vespers on his iPod. This is one of the book’s small, evocative details. It ignites the imagination by suggesting that the grandeur of the continent finds a correlate in the sublimities of Russian Orthodox choral music. Grann shares many such elements of what Adams calls “the spirituality of the Antarctic.” In doing so, he not only conveys something of Antarctica’s haunted landscape, but also the boundless awe that it occasioned in Worsley.

David Grann’s The White Darkness is now available from Doubleday.

The Road Not Taken: Yukiko Motoya’s The Lonesome Bodybuilder

Echoes from the Void: José Revueltas’s The Hole