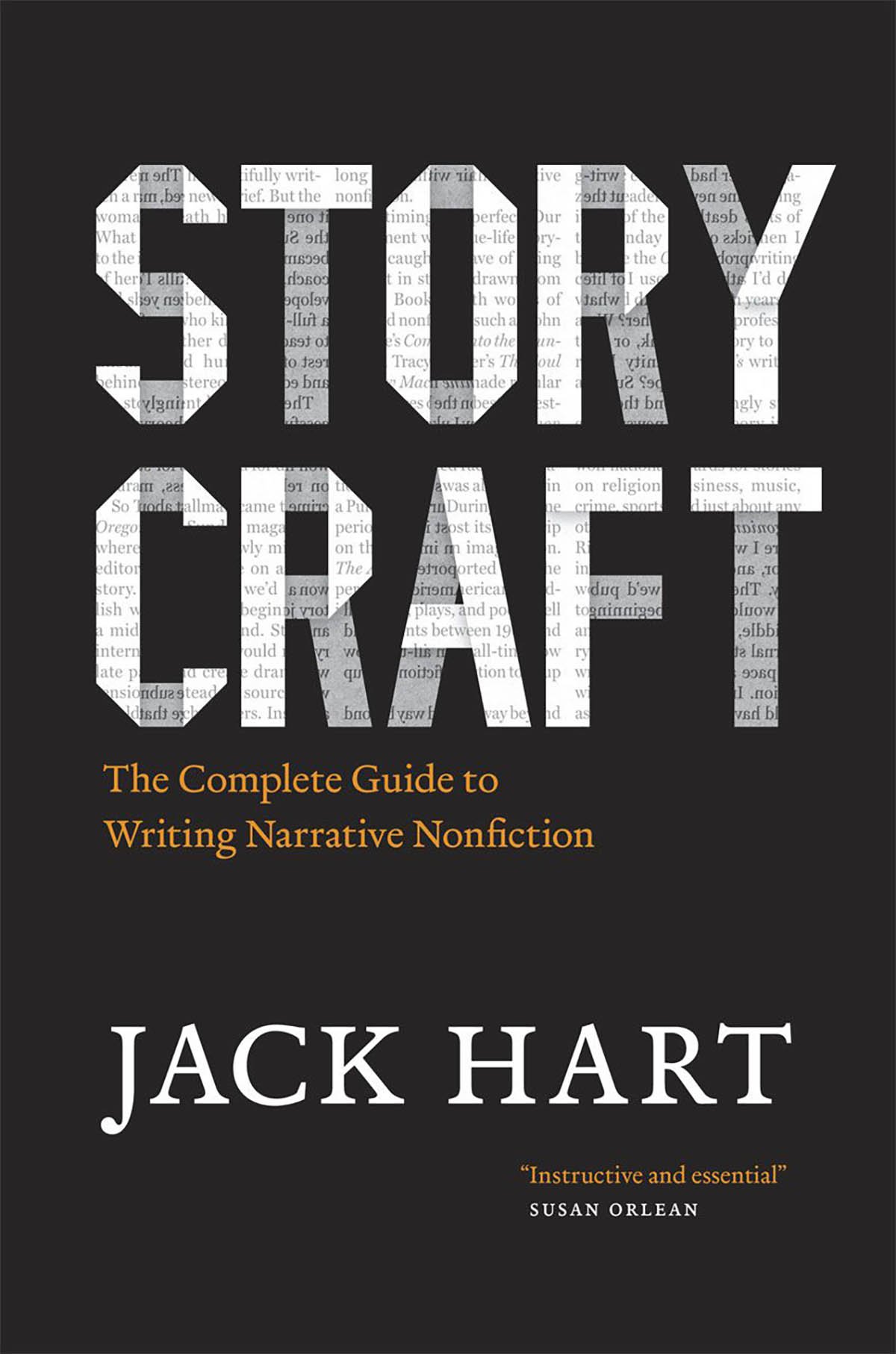 “You can’t teach writing. You expose students to good work and hope it inspires them. Some can write, others will never learn,” or so says Woody Allen, portraying Gabriel Roth—famous writer and creative-writing professor—in the film Husbands and Wives. Depending on how you feel about Allen’s remark, the rapid increase in creative-writing programs throughout the United States in the past 30 years or so will seem to you either like a hideous rash or a fragrant blossom. n+1 recently described this trend in its fall 2010 issue, in an article title “MFA vs. NYC,” and way back in 1988, David Foster Wallace complained about it in an essay for the Review of Contemporary Fiction.

For Wallace, creative-writing programs entailed all sorts of intellectual and spiritual problems that would impede someone trying to write well. One of these problems is that a writing program is going to program its writers to compose in a similarly polished, professional, and boringly unoriginal way. n+1 also complained (in an opposite way) about the ineffectiveness of creative-writing instruction: “MFA programs themselves are so lax and laissez-faire as to have a shockingly small impact on students’ work—especially shocking if you’re the student, and paying $80,000 for the privilege.”

So how does one become a writer? Maybe one of the assumptions behind Allen and Wallace’s contempt for writing instruction is that really great and unique writing—be it screenplays or novels or essays or journalism—is spirited and intelligent and honest, and writing that has those qualities can only come from a human being who’s also spirited and intelligent and honest. But you can’t acquire those essential personal qualities by just listening to someone lecture about them. You need to be born that way, or to spend thousands of hours, day in and day out, taking the risks and doing the work and making the choices necessary to, slowly and painfully, become that kind of person. And as you become that person, your vision would become sharper and you could peer more deeply into the world. To write, then, would be to file reports on all the interesting human stuff that’s revealed by such a vision.

Guidebooks on writing are an affordable, DIY version of the often-pricey creative-writing degree. Many of them, but not all, are signed with a faith that, yes, writing can be taught. A few of the more venerated of these guidebooks are The Elements of Style, On Writing Well, and Stephen King’s On Writing. A new guidebook of this sort—one dedicated just to creative nonfiction—came out recently. It’s called Storycraft and was written by Jack Hart, an editor at Portland’s The Oregonian. I found myself both curious and frightened to read it, as I’m deep into writing a novel and also quite convinced that I’ll be just fine staying far away from writing workshops and grad school and every variety of formal writing instruction.

After finishing Storycraft, I know I won’t be applying for an MFA in creative writing anytime soon, but I may in the future add a few more writing guidebooks to my reading shelf. Which is to say, Storycraft, while tedious and repetitive at times, was a useful refresher for me of some big and small writing ideas—ideas that a writer can forget, or just be ignorant of, when wandering deeply into their work and their own ways of thinking: like how to map the scenes of a story onto a narrative arc; what expletives are and how they and auxiliary verbs gunk up a sentence; where the term in media res comes from (Horace); what “denouement” literally means (“unknotting”). As Storycraft is about nonfiction narrative, Hart’s examples come mostly from late-20th-century journalistic writers like John McPhee, Tom Wolfe, and Ted Conover, and his colleagues at The Oregonian, like Tom Hallman, Rich Read, and David Stabler. Hart goes into detail about how he and his writers collaborated on this or that story and made it work. Those anecdotes felt interesting and valuable—peeks at how an editor and a writer can be good for one another, and at what a journalist needed to do in order to get the material for a story.

The subtitle of Hart’s book is The Complete Guide to Writing Narrative Nonfiction. It discusses not just how to write narrative prose (voice, structure, style, dialogue, etc.), but how to get the information via interviewing and immersion. But it’s in those sections—those sections about You out in the world, dealing with other human beings—that the idea of a “guide” that can “teach” you how to write, or how to get the content with which to write, feels a tad pointless. It’s fascinating to hear Hart explain, for instance, how Conover worked for almost a year as a guard in Sing Sing in order to write Newjack. But for most people, going incognito in a scary place for several months isn’t a possibility. Just interviewing a person under benevolent circumstances is—and I say this from experience—intimidating and awkward and difficult, and just because a writing instructor accurately says, “This is what you’re supposed to do,” isn’t going to make it any easier to do so.

And this goes back to what makes a person a writer: that they have a certain personality, one that, at least for nonfiction writing, would allow one to happily interrogate random strangers or happily hang out in a dangerous place. For a fiction writer, the requisite personality may have more to do with having an overzealous imagination. However, both fiction and nonfiction writers must be, I think, people who are very comfortable with long, long hours of solitude, and with having extensive conversations with the voices in their heads.

So how does one obtain such a writerly personality? It doesn’t seem like it can be purchased nor quickly gotten. I feel like it’s maybe one-third innate disposition and two-thirds letting that disposition unfold and mature over time via effort, will, and conscious choice. And yet it feels to me that an axiom of all the guidebooks out there (on whatever topic, and let’s not forget the guidebook’s siblings: seminars, workshops, retreats, therapy, lessons, etc.) is that traditionally elusive and precious human things—like inner peace, sexual vigor, artistic creativity, athletic skill, loving empathy—can be obtained readily and easily, so long as you have money and a few hours with which to listen to an expert.

My experience with reading Storycraft has lead me to conclude that, with regard to writing in particular and living in general, there are some tips, suggestions, and guidelines that we forget or that we are ignorant of and that a guidebook or a classroom instructor can tell us about. But I also feel like the really honest and good guidebook or really honest and good teacher is going to admit, up front, that the path to knowledge is, as Georg Wilhelm Friedrich Hegel called it, a “highway of despair,” and it takes years of struggle and intensity and exertion—not to mention isolation and loneliness—to be able to accomplish something in this world or to reach a state of being that is rare and meaningful.

Is Storycraft worth reading? It does have some insights into magazine and newspaper feature writing, and if you’re curious about those things, then check it out. But as a general guidebook on writing, I’d first recommend the works by William Strunk Jr. and E. B. White, or William Zinsser, or Stephen King.

I’ll close with something King wrote at the beginning of a section in On Writing: “I’ll be as brief as possible, because your time is valuable and so is mine, and we both understand that the hours we spend talking about writing is time we don’t spend actually doing it. I’ll be as encouraging as possible, because it’s my nature and because I love this job. I want you to love it, too. But if you don’t want to work your ass off, you have no business trying to write well—settle back into competency and be grateful you have even that much to fall back on.”

Jack Hart’s Storycraft was released on July 15 by University of Chicago Press. To purchase it, click here.