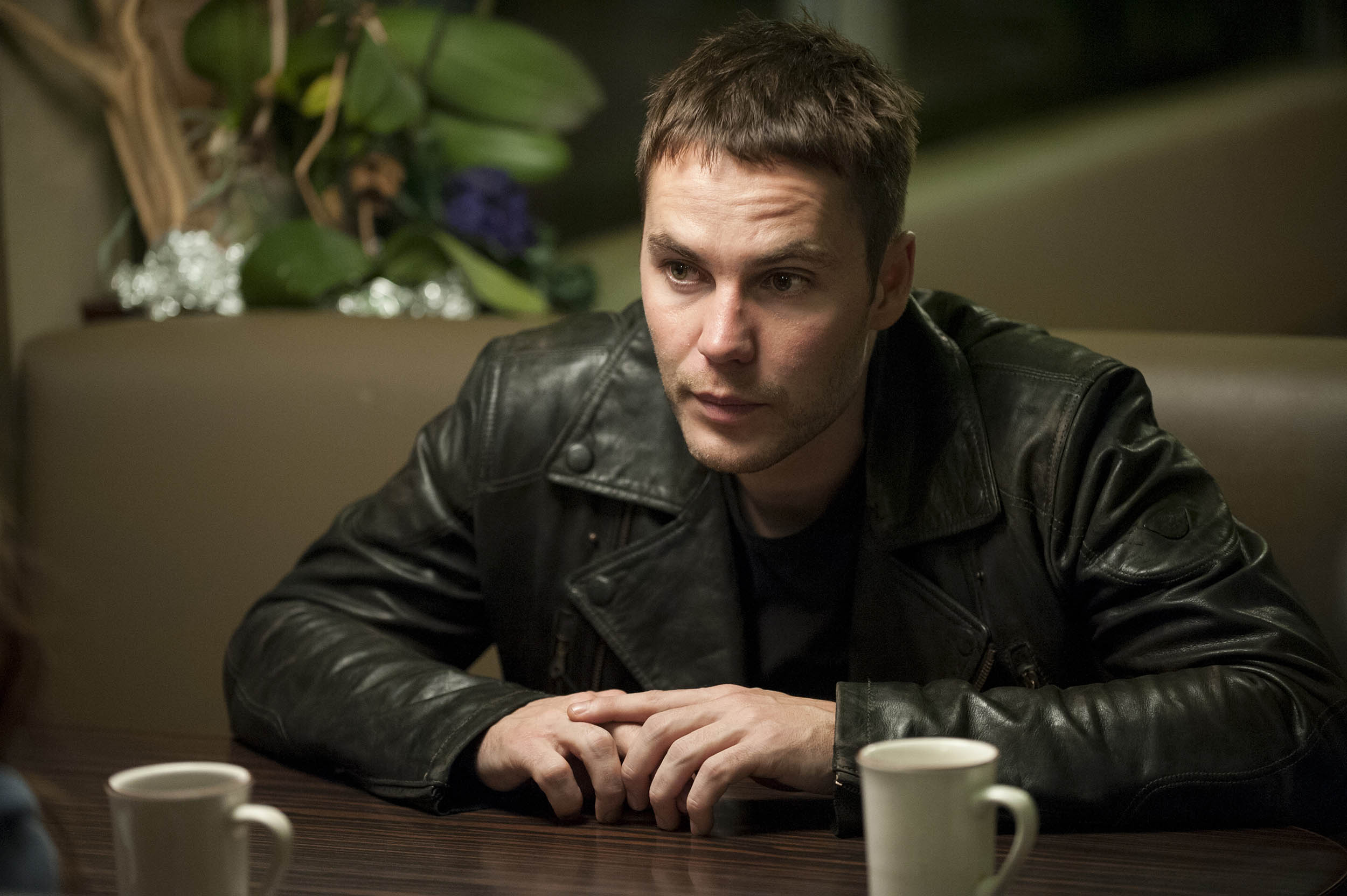 Good and evil have often been described as two sides of the coin that is humanity, and “Down Will Come” certainly puts that theory into practice. As the title’s play on words suggests, evil things are all but guaranteed to fall upon us, as cyclical as the physical forces that bring dawn (or light) to each new day. Halfway through this week’s episode of True Detective, there’s a return to the very first shot of the season—a series of flags flapping on a parcel of land. This time, however, an EPA specialist is on hand to explain to Ray Velcoro (Colin Farrell) and Ani Bezzerides (Rachel McAdams) that the flags represent contaminated land. While the detectives don’t put it all together, it’s suggested to the viewer that Mayor Chessani (Ritchie Coster) has been deliberately polluting the water tables so as to force the families who once farmed on them to flip them to the various illicit organizations in Vinci who will then eventually rezone and resell the properties to the federal government.

Gravity is the villain here, pulling toxic elements into the watery veins of a once-arable (i.e. prosperous) area: If Caspere was murdered for his involvement in this scheme, that would explain both the chemicals used to blind him and the time he spent being tortured while suspended upside down. It might tie also to the eye-socket-shaped watermarks that Caspere’s partner, Frank (Vince Vaughn), is seeing everywhere, this time on a coffee table. It certainly has something to do with Frank’s shriveled avocado plants—just one more sign of the man’s impotence—or his own confession to his wife, Jordan (Kelly Reilly), that “There’s so many things for me to go about the wrong way I’m losing my fucking vision.” If this season’s about “the world we deserve,” then Frank is literally reaping what he sows. He can try to escape that dawn/down by traveling backward in time, reclaiming old businesses like his nightclub and forcing new, unfavorable terms on old clients. But just as gravity has claimed his crops (or the gravity of his situation has potentially shriveled his sperm), so, too, does gravity dictate that what goes up must eventually come down.

Paul Woodrugh (Taylor Kitsch) is also learning that he can’t escape the specific gravity of his actions. After coming to blows with his former Black Mountain contractor and war-time lover, Miguel (Gabriel Luna), he wakes up hungover and half-naked in the man’s apartment, being offered waffles and a chance at other domestic bliss. As usual, he flees the scene, only to find paparazzi waiting outside his hotel, there to follow-up on his supposed sexual ties to a starlet (as well as his military past) and his motorcycle’s been stolen, which leaves him metaphorically and physically stranded. Ray tries to comfort him with a bottle of Smirnoff, but Paul’s inconsolable: “I just don’t know how to be,” he admits. Small wonder, then, that he attempts to refocus all of his energy on his ex-girlfriend, Emily (Adria Arjona), who tells him that she’s pregnant. “This is the best thing that could happen,” he tells her, suggesting marriage, but there’s a lengthy hesitation before he kisses her in celebration and looks uncomfortable sitting beside her in the diner’s booth. It’s the best thing for his career and image, but he’s learned nothing from Ray (or Frank): A child isn’t meant to be the piece of driftwood that keeps a floundering marriage or man afloat.

Finally, Ani finds herself caught up in the currents of powerful men, unable to escape their tidal influences. Ray attempts to warn her, growing increasingly sincere with each day of sobriety: The attorney general’s case against the mayor? “It’s a shakedown. You think this is about stopping Vinci from doing the same thing it’s been doing for a century?” A few people might care (Ani’s one of them, even if it’s only because being good at her job keeps her distracted from her failing life), but as the mayor’s daughter tells her, “There’s no rules, you see? That’s how it’s always been.” Ironic, then, that Ani’s own actions are what leave her so vulnerable to the mayor’s actions against her; her relationship with one of her underlings at the sheriff’s department is (rightly) a form of sexual misconduct, and she’s not being investigated because she’s a woman, but because she’s stepped on the wrong toes. This, coupled with her apparent gambling debts, are what lead her to take the sort of machismo bullshit action that she’s ordinarily so much against, leading a raid against a potential suspect, even though he doesn’t really fit the motive. A Mexican pimp is the perfect fall guy, but only to those who don’t realize that Caspere’s killer would’ve walked away with Frank’s five million—and would have no need to pawn the dead man’s watch.

Instead, Ray, Ani, and Paul are the only survivors of a major shootout at what turns out to be a meth lab. Instead of a controlled takedown of their only suspect, they’re left with a series of bodies in the streets—a mix of innocent victims who had been protesting poor conditions in the area and sub-machine-gun-wielding Mexican gang members who seemed more interested in making Ani look as bad as possible (by running up the body count) than in escaping. The episode closes with Ray on the ground, trembling with the ramifications of his actions; Ani, too, is shaken by her own near-death experience (her gun had run out of bullets) and perhaps the impact all of these innocent victims will have on her career. Only Paul is unfazed, which perhaps proves Ray correct: After the shit he’s seen overseas, nothing else can be as bad. But that’s not true. The horrible things are cyclical: Just as dawn is sure to come every day, so, too, are things bound to eventually go down.