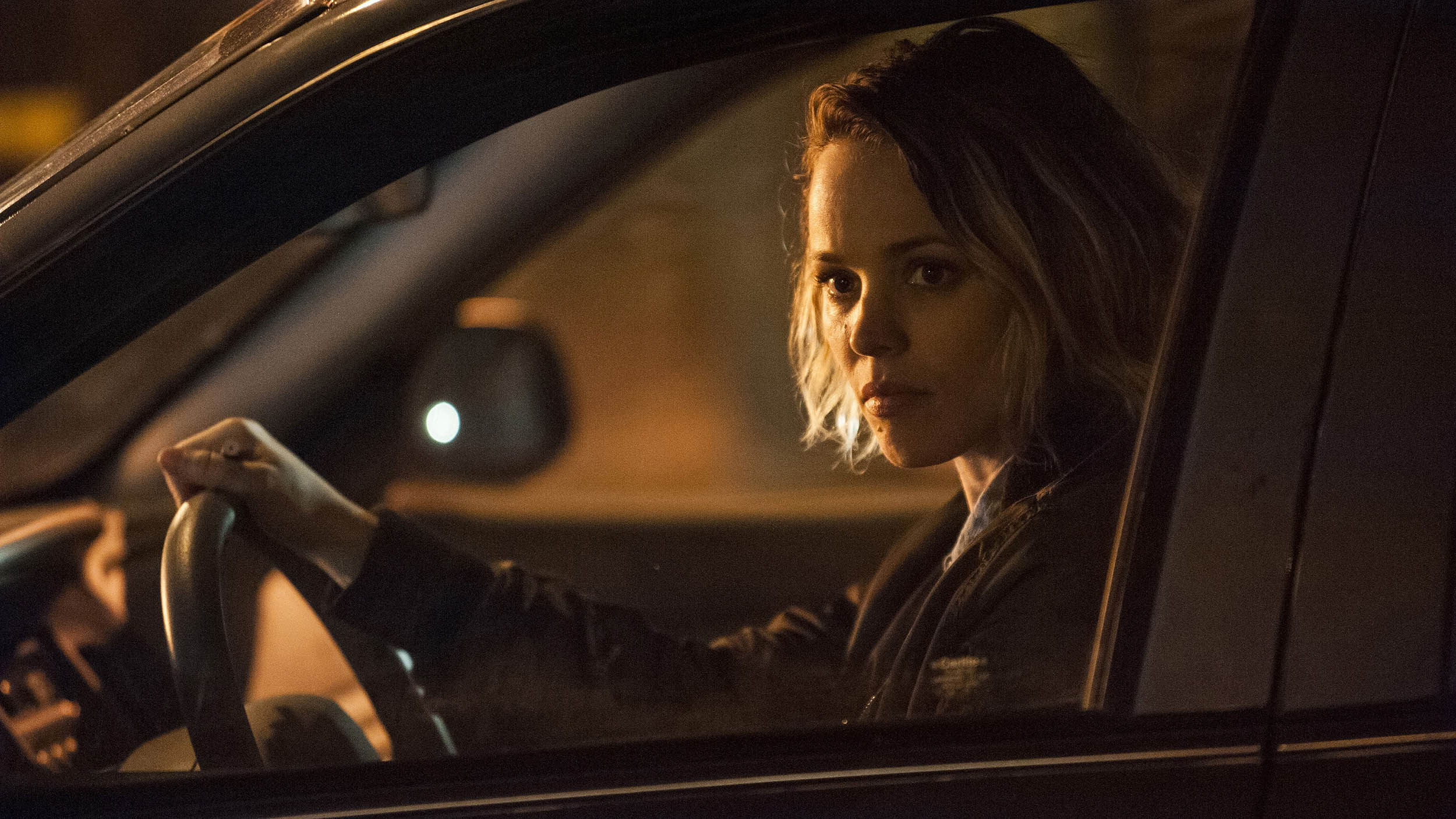 There’s stigmata of sorts forming on the ceiling above Frank Semyon’s (Vince Vaughn) bed. Two water-stained eyes stare down at him, transfixing and keeping him awake, for in that casual decay he sees the fragility of the world. As he puts it, “It’s like everything is papier-mâché.” After all, he had “gone liquid” for his land deal with the Catalyst Group, and now that his middleman, Ben Caspere, has been tortured and murdered, all he has to show for his five-million-dollar investment is a double mortgage on his home and his poker room; his possessions, in other words, are as paper-thin as the money that bought them. And if his physical belongings aren’t real, as he muses to his wife (Kelly Reilly), then isn’t it possible that his life is also a dream? That he’s still locked in a childhood nightmare, staving off rats in the darkness while waiting for his drunk of a father to come home?

Ultimately, what gets Frank out of bed is an echo of Leonard Cohen’s sentiment in the show’s theme song, “Nevermind”: “There’s truth that lives, and truth that dies.” If the world is papier-mâché, then that means he can actively mold it as he sees fit, just as those who have money and power have always done, most notably in the incorporation of Vinci itself, an increasingly corrupt town. Patrolled by Ani (Rachel McAdams) and Ray (Colin Farrell), the city’s nightscape isn’t a particularly pretty one (sweatshops abound), but Ray echoes a central theme of True Detective when he notes that all these evils of the world are man-made: “My strong suspicion is, we get the world we deserve.”

That logic seems to apply to the actual case at hand: Caspere’s death. Nobody seems particularly perturbed by the painstaking murder (less so after they learn of his sexual predilections), and there’s a powerful scene early in the episode that keeps splicing between shots of Ani, Ray, and Paul (Taylor Kitsch) at the morgue and their earlier, individual briefings. Time and again, then, we see that the various departments laying claim to this case could care less about the body itself: the state of California makes Paul a special investigator on the condition that he dig up dirt on Ray’s corruption for Attorney General Geldof (C.S. Lee); Ani’s asked to flip Ray so that they can get to Mayor Austin (Ritchie Coster); and Ray’s given so many different marching orders he has to stop and ask: “Am I supposed to solve this or not?”

Small wonder, then, that not all of the detectives seem that invested in the case. Ray’s partner, Teague Dixon (W. Earl Brown), all but openly drinks in front of Ani, who’s the lead on the investigation, and shots of Paul’s home life imply the job is just supposed to distract him: His white-trash mother feels up her son’s muscles with equal parts pride and lasciviousness, and rather than try to work things out with his girlfriend, Emily (Adria Arjona), he abnegates himself of any responsibility in their breakup by simply refusing to engage, saying, “This isn’t me doing this.” Even Ray clocks out early: The job’s just a means to a reliable salary, and all of that, in turn, is simply a way to try and buy his son’s love. Only Ani continues to work through the night, browsing dark websites and case files at home in her bathrobe, and that’s because she sees the alternative as suicide or prison, which is what happened to four of the other girls raised beside her in her father’s hippy-dippy commune.

Ultimately, as much as “Night Finds You” is about finding a motive for Caspere’s murder (Frank’s missing five million; the dead man’s sexual history; a shotgun-wielding, bird-masked figure who may have ties to the occult), it’s also about finding the personal motivation to carry on in this world, and in that sense, this episode belongs to Ray. He ducks out of work early so as to pick his son up from school, but instead he’s surprised to find his ex-wife, Alicia (Abigail Spencer), waiting for him: “You’re a bad person,” she begins, pointing out not just his own brand of bullying, but the violence he committed against another student’s father. “You used to have a decency, until something happened, and you weren’t strong enough to stay decent.” Never mind that the thing that happened was Alicia’s rape: It doesn’t matter if Ray’s subsequent vigilante came out of good intentions, because they led to his involvement with Frank and the mob. Ray truly loves his son, but he’s reminded now of how poor his judgment gets around those he loves after he finds himself threatening his wife over her plan to petition for sole custody: “I’ll burn this entire fucking city to the ground first.” His son’s his whole world, he realizes, which is why he’s got no defense when Alicia calmly asks: “Then don’t you know he deserves better?”

True Detective’s imagery is filled with shots of distant, looping highways, cars scurrying along like ants without ever really getting there. But as the title “Night Finds You” implies, Zeno’s paradox be damned, there’s a final destination we can’t help but arrive at, and Ray’s wake-up call—which has left him unmoored—has set him firmly on that path. In the car with Ani, he all but confesses to his various “bad habits” and compromised position within the police force; later that night, when he meets with Frank, he hints at suicide as a way out of his relationship with the mob: “Everybody’s got the one option, you want it bad enough.” And while the scarred bartender Felicia (Yara Martinez) flirts with him, hinting that it’s never too late for a second chance, Ray remains the pessimist: “The only way I get a vacation is if I croak.” Fatalism is an inherently self-fulfilling prophecy, but it doesn’t make Ray’s possibly final destination—a point-blank shotgun blast to the stomach while investigating Caspere’s secret sex shack—any less surprising.

If Ray is genuinely dead, will anyone care? As Mayor Austin unflinchingly puts it to Frank, whose liquidity issues have caused him to be late with his kickback for the first time in sex years, probably not. Every destination is also a beginning for someone else, and money launders itself on: “The world will turn, uncaring of our struggles.”