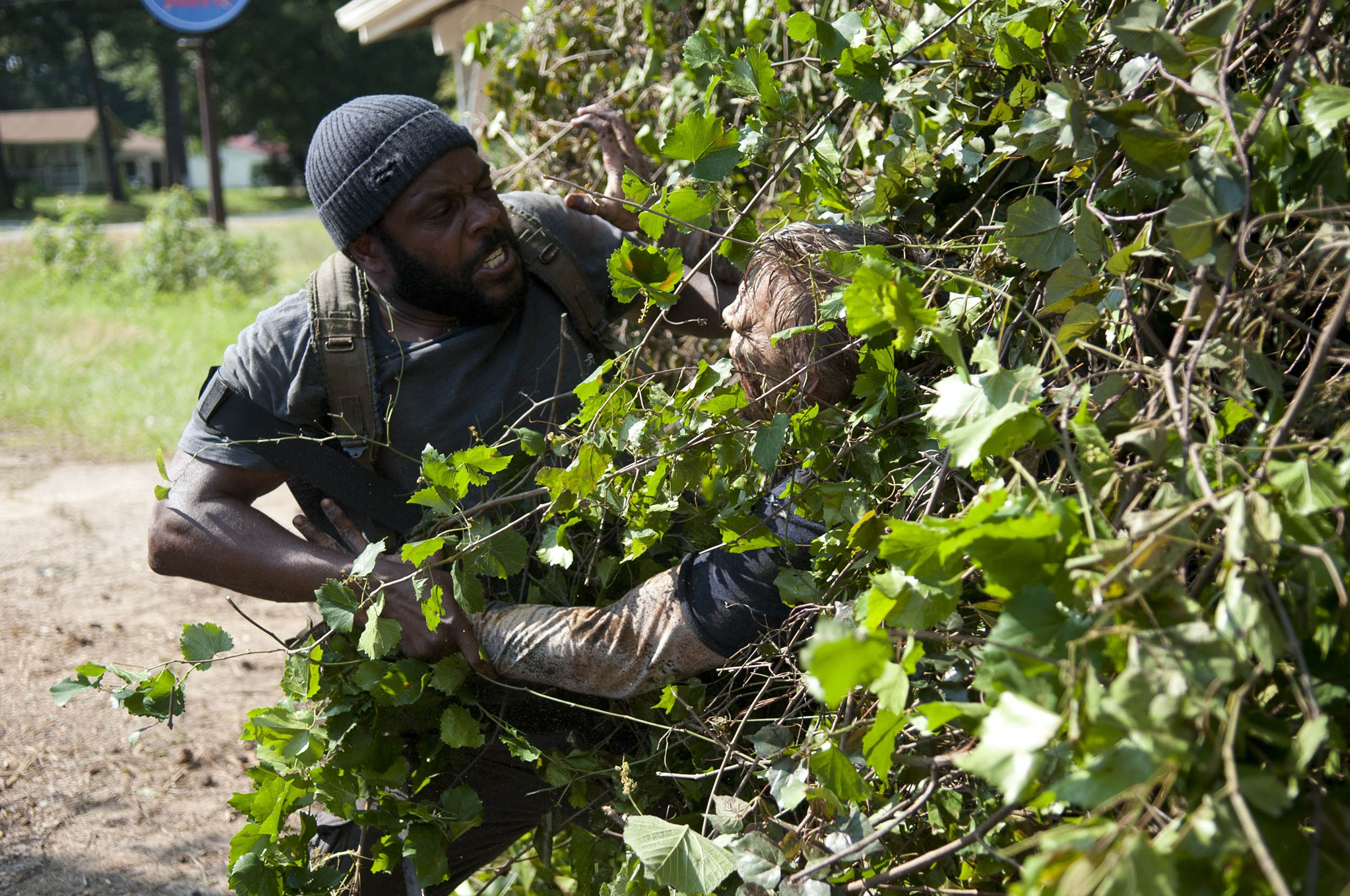 The dilemma of letting go of the past versus holding on to it has slowly emerged as the central conflict for The Walking Dead’s characters in the show’s fourth season. Each of the characters carries joyous memories of life before the zombie apocalypse that have helped them keep some semblance of their humanity in the wake of society’s crumbling. But for every positive recollection they cherish, memories of personal pain and shortcoming also shape their outlook.

The show’s latest episode, “Indifference,” illustrates the turbulent point at which these sensibilities intersect, leading to one of the most unexpected exits for a character on the show, with Carol (Melissa McBride) riding off on her own after Rick (Andrew Lincoln) reveals that he won’t allow her to rejoin the prison community. The heavily scored and mysterious prologue juxtaposing Rick and Carol’s final moments before taking off on a supply run suggests that something big is in store for them. For the remainder of the episode, the two are engaged in a conversation that underlines the differences in how each takes to survival and morality. Whereas Carol advocates the position that preserving the community requires swift, logical action that’s based more on probability, Rick espouses a more cautious approach. Carol wastes no opportunity to challenge Rick’s quieter, “weigh-all-options” philosophy, pleading with him to see her side, but Rick deflects at every turn.

Recalling the past becomes a recurring beat of the episode. While sharing stories was a common resort in earlier episodes, presumably because the memories of life before the apocalypse were fresher, those who are still alive have learned to bury the past and focus instead on survival. Perhaps that’s why it’s somewhat of a surprise that Carol and Rick share a brief exchange about Rick’s decision to kill Shane (Jon Bernthal), especially in light of how pivotal a moment it was for Rick. In a lighter exchange later in the episode, the two discuss their lives before the walker uprising. Specifically, Rick recalls how Sarah Wayne-Callies’s Lori used to make pancakes for him and Carl each Sunday. That Rick and Carol share these memories against the backdrop of a fallen suburbia is a suitable touch, especially since The Walking Dead has moved away from suburban locales since the first season. This may account for why the episode’s visions of minivan windows caked with layers of dust and weeds wrapping around satellite dishes are some of the most enduring images the series has presented in some time.

More artifacts of a disappearing past turn up in the episode’s other main thread as well. Still on their trip seeking medication at a veterinary hospital, Daryl (Norman Reedus), Michonne (Danai Gurira), Tyreese (Chad L. Coleman), and Bob (Lawrence Gilliard Jr.) hack their way through the overgrown vegetation at an abandoned gas station. During the breaks in action, Daryl talks with Bob about his previous groups and Michonne attempts to get through to Tyreese to let go of his intense anger regarding the death of his girlfriend. Each of these conversations is tinged with bitterness regarding the past, and later the operation is almost derailed by what’s revealed to be Bob’s losing battle against alcoholism.

The characters’ struggles in “Indifference” all fall in a similar line concerning the difficulty of self-acceptance, coming to terms with who they were before they were forced to make life-or-death decisions, and moving forward when they’re powerless to change what’s gone before. Despite the tidy presentation of these notions, not to mention the episode’s reliance on dialogue to carry them through, director Tricia Block finds a way of lyrically expressing emotional nuance. Block, who also directed last season’s finest episode, “Clear,” maintains an even tone amid the overload of conversation. As a balance to the talky nature of the episode, the sequences that bookend it are heavier on visual and musical emphases and lend added dimension to what’s otherwise fairly conventional material.

I noted earlier how the episode’s conclusion makes for some of The Walking Dead’s most surprising material. That’s partly because of the way it sends a character off who’s been with the series from the beginning. One of show’s consistent flaws is that even the most grisly violence, apart from being its primary narrative device, is no longer shocking. Yet, time and time again the writers have relied on large amounts of gore and the unexpected deaths of characters for emotional and narrative impact. Here, though, walkers are obscured from the main view, even during close encounters, with one of the episode’s most effective recurring motifs being walkers reaching at humans through overgrown shrubs. But in the closing moments of the episode, there are no walkers in sight, nor is there any blood splattering from her skin when Carol takes her presumable final bow from the narrative.

Whatever Carol’s fate may be, the tragic irony of her departure stems from her consistent pleading for Rick to take up the leadership post that he’s been ostensibly reluctant to seize again in the wake of the disease that’s swept the prison. What she fails to see is that Rick, in deciding not to allow her back to the prison, is doing exactly what she asks of him.