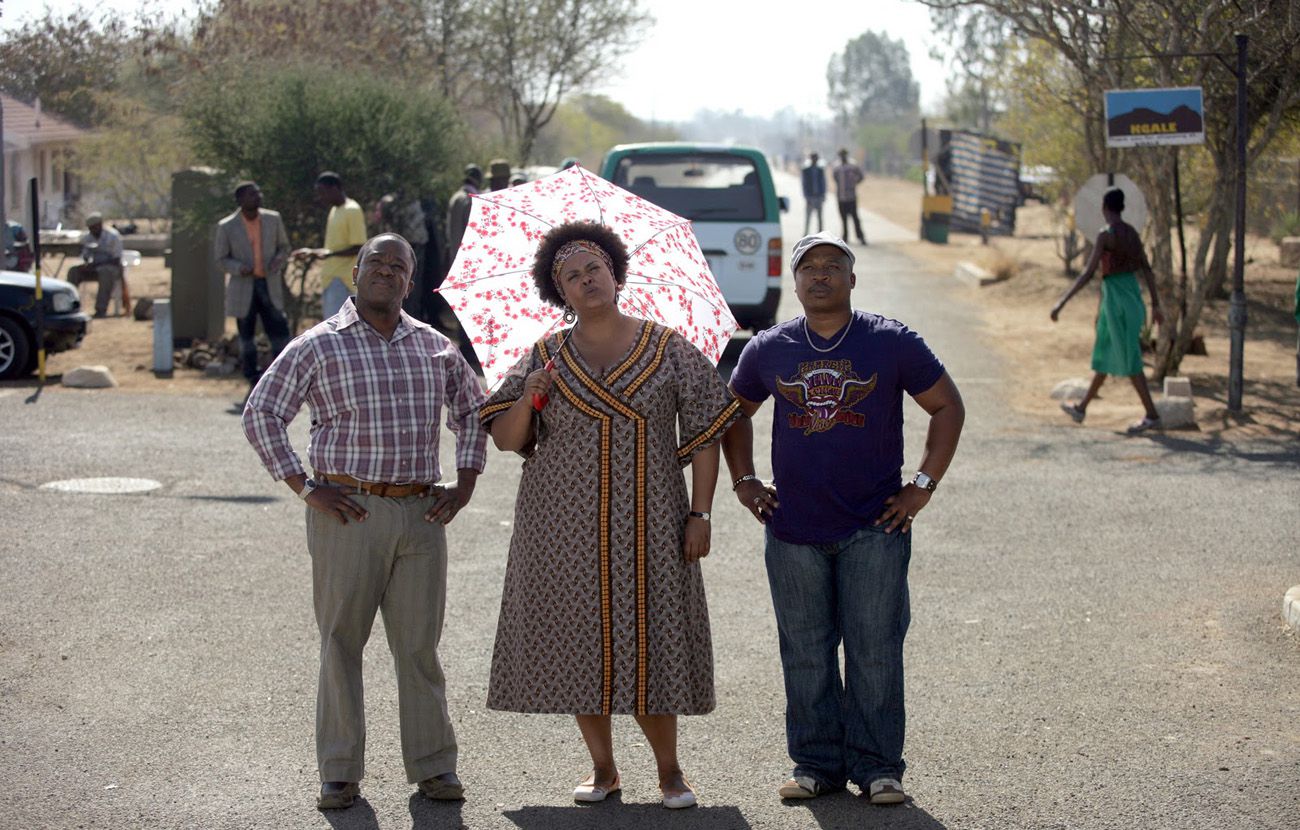 The African veldt was never so picturesque nor its inhabitants so one-dimensional as in The No. 1 Ladies’ Detective Agency, a sub-Saharan-flavored spin on Murder, She Wrote adapted from the popular book series by Zimbabwe-born Alexander McCall Smith. In attempting to honor McCall Smith’s lavish descriptions of the book’s locale, Botswana, Ladies’ starts strong in selling us on its bush-life bona fides (cows and cars sharing space, impromptu a cappella singing), but quickly fails in its most important job—rendering, in a believable and/or entertaining way, the titular agency, a startup sleuthing firm staffed only by two and housed in a dilapidated post office without phone service, let alone any other technology that might be of use to a working detective. Luxuriating in tea-sipping, lazy-afternoon provincialism, as main character Precious Ramotswe (R&B singer Jill Scott) does throughout, is perfectly fine, but less than fine is the irritating lack of interest she demonstrates in gadgetry, covert surveillance, and other tools of her supposedly chosen profession, to the point that, were she ever to meet other detectives, she’d likely find that she has little in common with them.

Cashing in on an inheritance of cows after her father’s death, Ramotswe pours everything she has into creating the No. 1 Ladies’ Detective Agency—the implied joke being that it’s number one by default—and hires hot, bespectacled dork and champion typist Mma Makutsi (Anika Noni Rose) as a secretary. Rose, talented performer though she is, can do little with this role other than rehash the wheezy cliché of an über-nerd rendered humorless by a display of excessive pride over a minor accomplishment. Flamboyantly gay hairdresser BK (Desmond Dube) and lovesick-over-Precious mechanic Mr. Matekoni (Lucian Msamati) are equally subtle creations, as are the philandering husbands, boo-hooing wives, strong-arming gangsters, and witch doctors that pop in and out of the feature-length pilot (directed by the late Anthony Minghella) at a rapid clip, leaving little-to-no impression in their wake.

Although the fluffy, comic imbroglios, tentative flowerings of romance, and one-shot-deal cases that form the pilot clearly point the series’s way forward, one of Ramotswe’s investigations, into a presumed kid-snatching, edges into nervier territory and suggests a plan to balance the episodic pap with occasional threads that examine Africa’s myriad big-picture problems from the vantage point of one of its success-story nations. Unable to return for further episodes, of course, is Minghella, who died last year and ends his career on this low note. The pilot, while offering ample opportunity for the director to indulge in painting the grand, international tableaus that characterized his operatic feature epics, also exposes his tendency toward easy retreat into no-impact treacle when confronted with a culture not easily penetrated, even by an enthusiastic tourist.