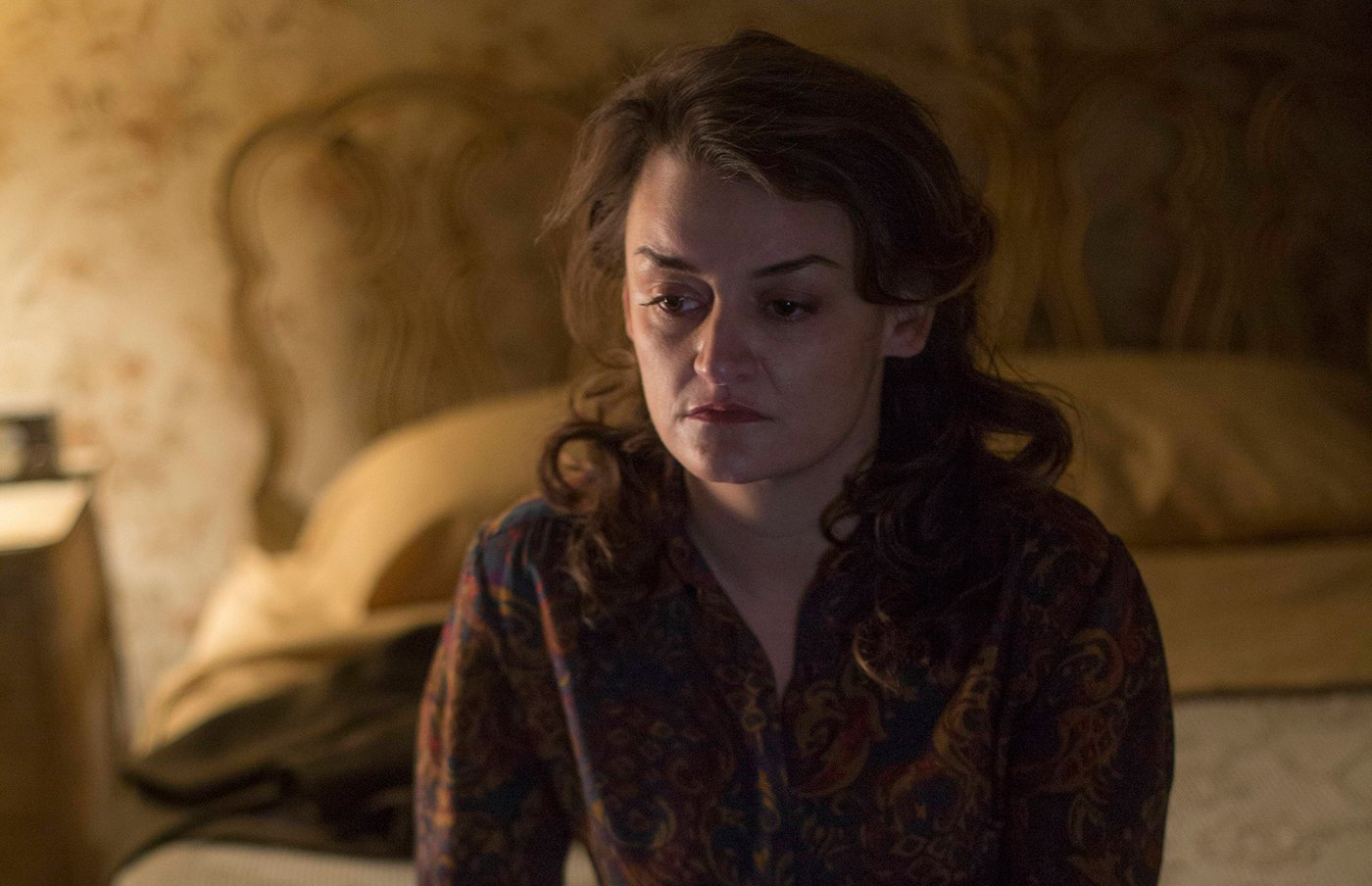 Tonight’s episode of The Americans comes to a head as Elizabeth (Keri Russell) knocks the wind out of Martha (Alison Wright), the latter’s insistent protests supplanted by staccato gasps. In the show’s arc this season, “Travel Agents” performs much the same function: A sharp exhalation, a moment of release, paves the way for a more restrained, if no less formidable, reckoning. One half of the episode is made up of searches, stakeouts, and wiretaps; the other, of questions, confessions, and tangled sympathies. It is, in short, a cleverly constructed hybrid, resolving the tension of the previous three episodes only to unleash a torrent of emotion. It’s as if the body blow Elizabeth delivers is the last crack in the dam, and the characters are left waiting downriver for the terrible flood to arrive.

In this vein, “Travel Agents” demonstrates an intense interest in consequences still to come, an entire hour of foreshadowing. The camera lingers on Elizabeth’s stony expression, for example, as Gabriel (Frank Langella) remarks on the extreme measures that might be necessary to bring Martha back into the fold, or on Frank Gaad (Richard Thomas) in the F.B.I.’s conference room, eyes closed against the fact that there’s no innocent explanation for his secretary’s behavior.

Even the episode’s asides suggest conspiracies within conspiracies, stacked like Russian nesting dolls: the KGB telephone operator’s interrupted description of the “weird feeling” she had upon her accelerated deployment to the United States; the pointed insert of the red folder that Tatiana (Vera Cherny) closes when Oleg (Costa Ronin) visits her office. Something’s amiss here, the gears of the season’s second half grinding into action as a woman on the lam distracts those on both sides of the Cold War divide.

There is, after all, something about Martha, in particular her quiet strength. Over the course of nearly 50 episodes, she’s proven her mettle time and again, yet the KGB and the F.B.I. alike continue to underestimate her—the recesses of the human heart being the one source of intelligence that no amount of training or technological advancement can prepare one to penetrate, at least not with perfect confidence. As Gaad wonders aloud to Stan (Noah Emmerich) at one point: “Was she that unhappy?”

“Travel Agents” is, in one sense, a portrait of a woman on the verge of a nervous breakdown: The camera circles Martha on a city street as she spins in the opposite direction—a dizzying, disorienting replication of her mounting panic. But the episode also confirms that giving Martha so little credit was an egregious error in judgment: The notion that the shy office functionary should be capable of destroying careers, directing threats, and resisting control seems not to have crossed anyone’s mind before this.

That Martha isn’t in fact unfathomable becomes clear through the episode’s masterly repetition of a single image, the arched span of the viaduct high above Rock Creek Park. Philip recalls Martha’s many visits there during her mother’s illness; Stan spies it in a photograph from the F.B.I.’s burgeoning file; it rises in the distance as she bids farewell to her parents, or as Stan and Agent Aderholt (Brandon J. Dirden) drive alongside the fast-moving river. Investigators overturn her apartment in search of clues, melting ice with a hair dryer and unraveling tampons one by one, but Martha’s refuge is no secret—it’s written in her memory, inscribed in her past, except that those closest to her never deigned to listen. It’s telling that even Philip and Stan, Martha’s most perceptive pursuers, only discover her whereabouts after her telephone calls tip them off: In “Travel Agents,” culminating with the warning to Elizabeth that she’ll scream, Martha demands to be heard.

The onrush of breath that accompanies Elizabeth’s gut-punch thus signals a closing off of possibilities, a silencing, and the episode’s latter stages retreat into a mournful hush. Philip, confronted with Elizabeth’s suggestion that he’d prefer to join Martha in the Soviet Union, finally shows his cards, and a future with Martha isn’t in them. The answer to Gaad’s question turns out to be yes. The abyss Martha stares into after Philip reveals that he won’t be coming with her is as profound as the ravine under the viaduct: cold and rocky, frothing with life’s cruel currents.

Even for The Americans, the moment is indescribably bleak, and whatever happens to Martha after “Travel Agents,” it seems that the water behind the dam will carry her away regardless. At the conclusion of a four-episode arc in which Wright’s performance, always extraordinary, emerged as the finest on television, the desolation she finds in Martha’s voice as her fate becomes clear to her sounds such depths of grief it also left me gasping. “I’ll be alone,” she says to Philip, dredging up the most painful memory of all. “Just the way it was before I met you.”